Throughout the winter and into spring, it looks like any other body of water nestled in the heart of British Columbia’s Okanagan Valley.

But as the summer sun grows hotter and the sun's rays beat down on the lake, water evaporates and lowers the surface level. Giant circles — which had been invisible and lying just below the surface — reveal themselves in gorgeous hues of yellow, blue and green.

Spotted Lake has no river or creek to drain it and receives all of its water as run-off from the surrounding hills. As the snow melts and flows into the basin, it brings minerals and salts which have accumulated over centuries. As the lake water evaporates, the spots change in size and colour creating beautiful fluctuating hues depending on the mineral composition of each one. 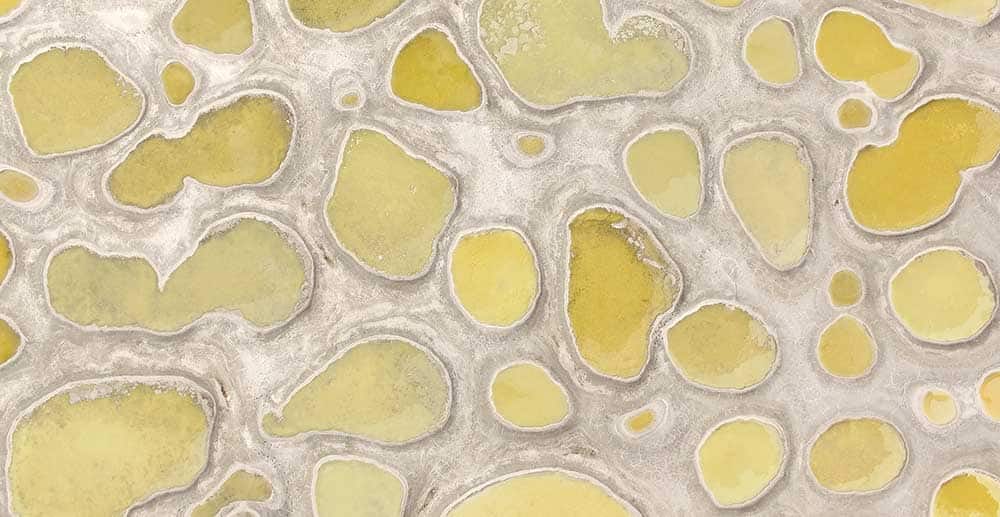 During the First World War, the lake was dredged to collect minerals to make ammunition. Others have collected the minerals for spa treatments. But this lake is also a sacred place for the Indigenous Peoples of the Okanagan who have visited for millennia for its spiritual and healing powers.

In 2001, the Okanagan Nation Alliance Chiefs Executive Council purchased the lake and 22 hectares of land around it with the support of Indian Northern Affairs Canada.

The Syilx People have been able to preserve and protect this magical place from development and restore it as an essential cultural, ecological site. 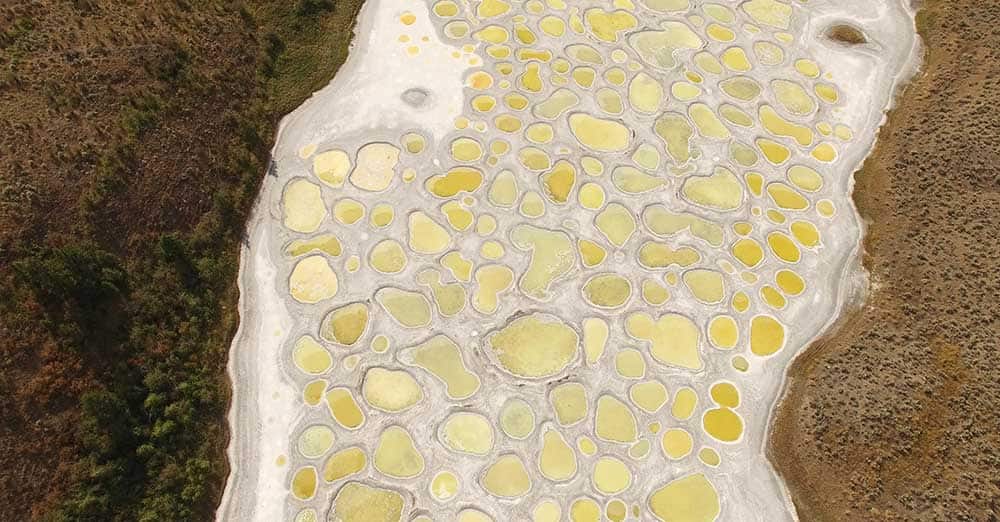 A fence has been erected to discourage public access. Visitors are welcome to view the lake from the highway and are asked not to disturb the area if they go down for a closer look.