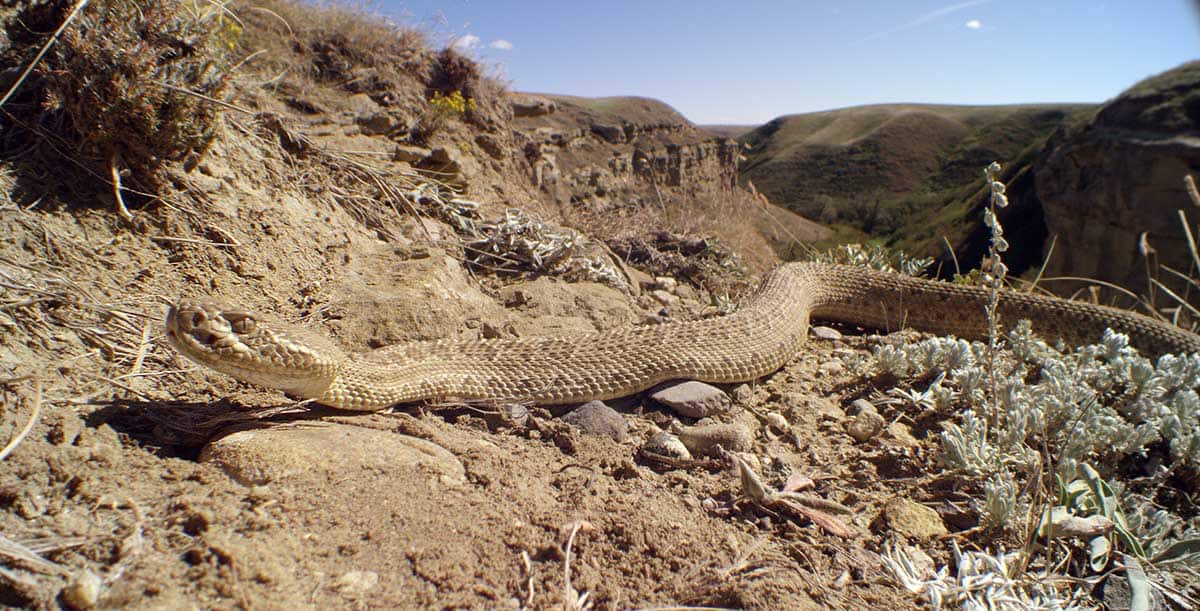 The Canadian prairies’ only venomous snake can be found in southwestern Saskatchewan and southeastern Alberta. Snakes are coldblooded and can only regulate their body temperature by external sources (like the sun).  So Canadian rattlers must spend the winter underground in communal dens below the frost line, where there is some shelter from the cold. 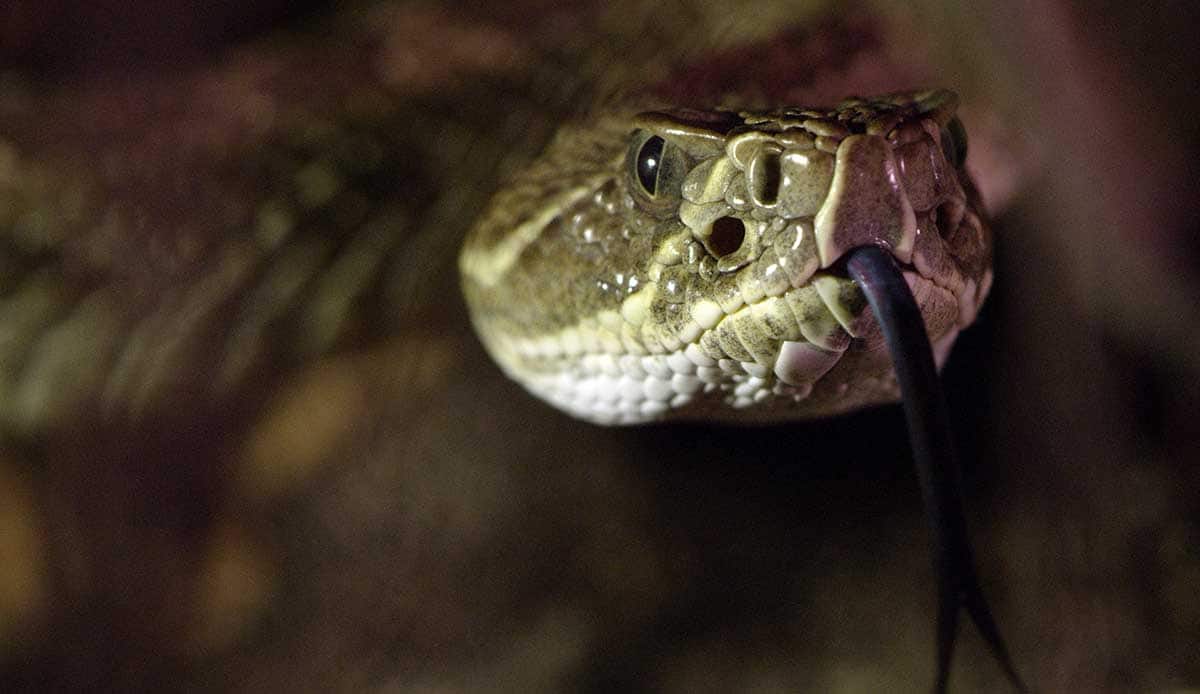 This rattlesnake mother hasn’t eaten throughout her entire pregnancy and will hibernate soon after giving birth. This means that she may go over a year without eating. It’s why female rattlesnakes in Canada only have babies every two or three years; they need time to regain the weight they have lost. 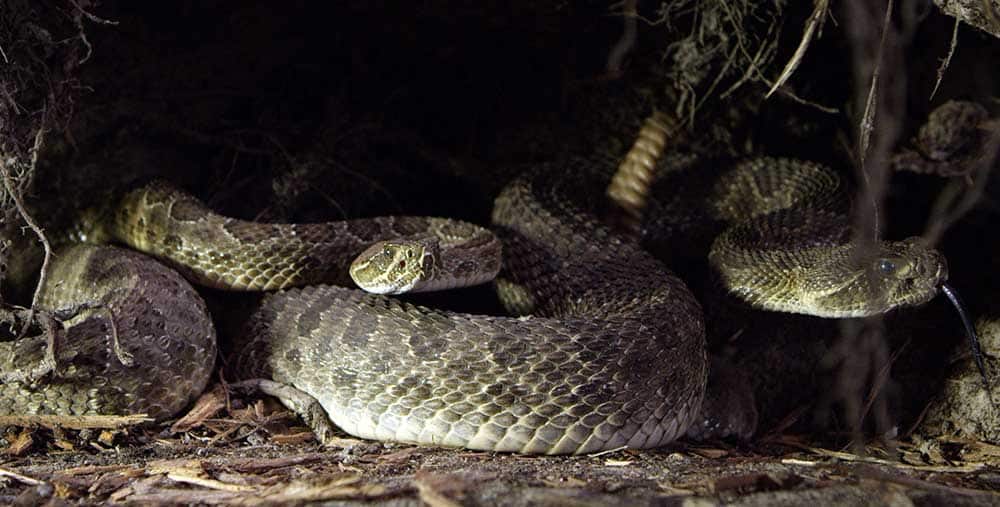 In late September or early October, she retreats to a den to give birth to four to 12 live baby rattlesnakes. The newborns are miniature adults, equipped with fangs and venom, but no rattles. 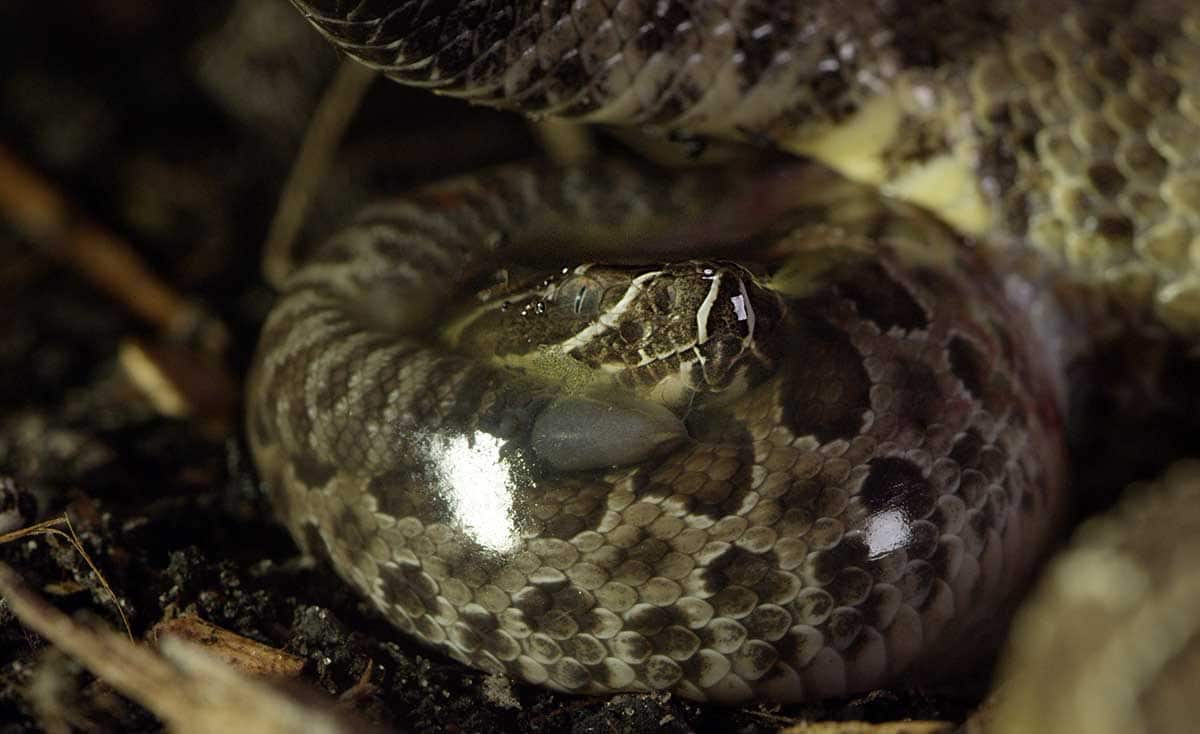 Instead of rattles, they’re born with a small scale at the tip of their tail called a button. As the young snake grows and sheds its skin, a new piece of skin is added to the end of the button each time, creating the next segment of the rattle. 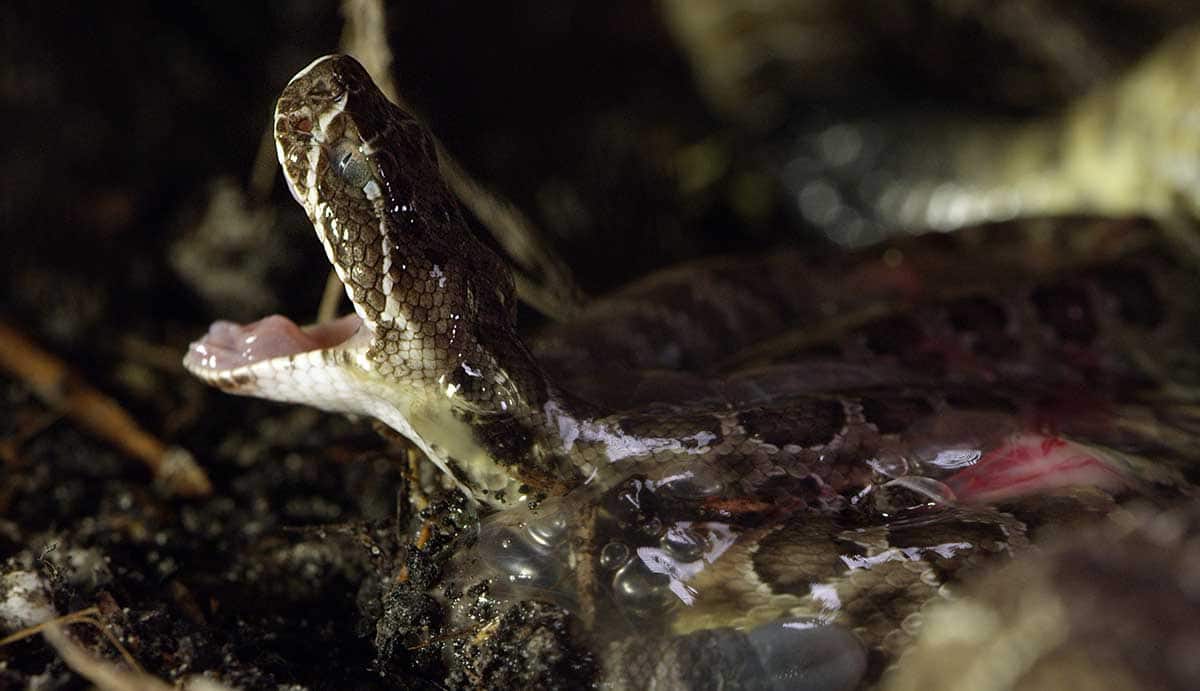 Many of these baby rattlesnakes won’t survive the winter because they don’t get to eat before going into hibernation and they’re vulnerable to predators.