The Wild Canadian Year team traveled to British Columbia's outer coast to film the famously elusive sea wolves. Unlike their mainland cousins, these wolves' lives are firmly tethered to the sea, its tides and rainforests.

Many people spend years on these beaches only to catch a fleeting glimpse of the wolves. That's why Jeff Turner and his team are up and on the water at 4 a.m. — just as the eastern horizon is beginning to glow in a riot of pinks and oranges — straining to see through the dim light for any sign of movement along the rocky shore.

Turner spots a female trotting steadily along in the shadow of the beach as she makes her way home after a morning of foraging on the beaches of the island. She pauses and looks toward the top of the sand.  The camera is ready as eight wolf pups tumble out of the long grass and onto the beach.  A mess of paws and play fighting, they rush towards their mother, nipping and licking at the corners of her mouth, begging for a meal of regurgitated food.

It's a big job to keep eight hungry pups fed, and so far she's doing it on her own. In four days, the crew hasn't seen any sign of another adult wolf.

Suddenly, one of the pups turns around and starts sprinting back along the sand, the others following at a full run. When the pups are almost at the corner of the beach, they spot an adult male as he bounds of the trees to meet the first of the pups. The excited wolf pups pile on each other and chase their father in circles — he humours them, tumbling and bouncing along with the little ones. 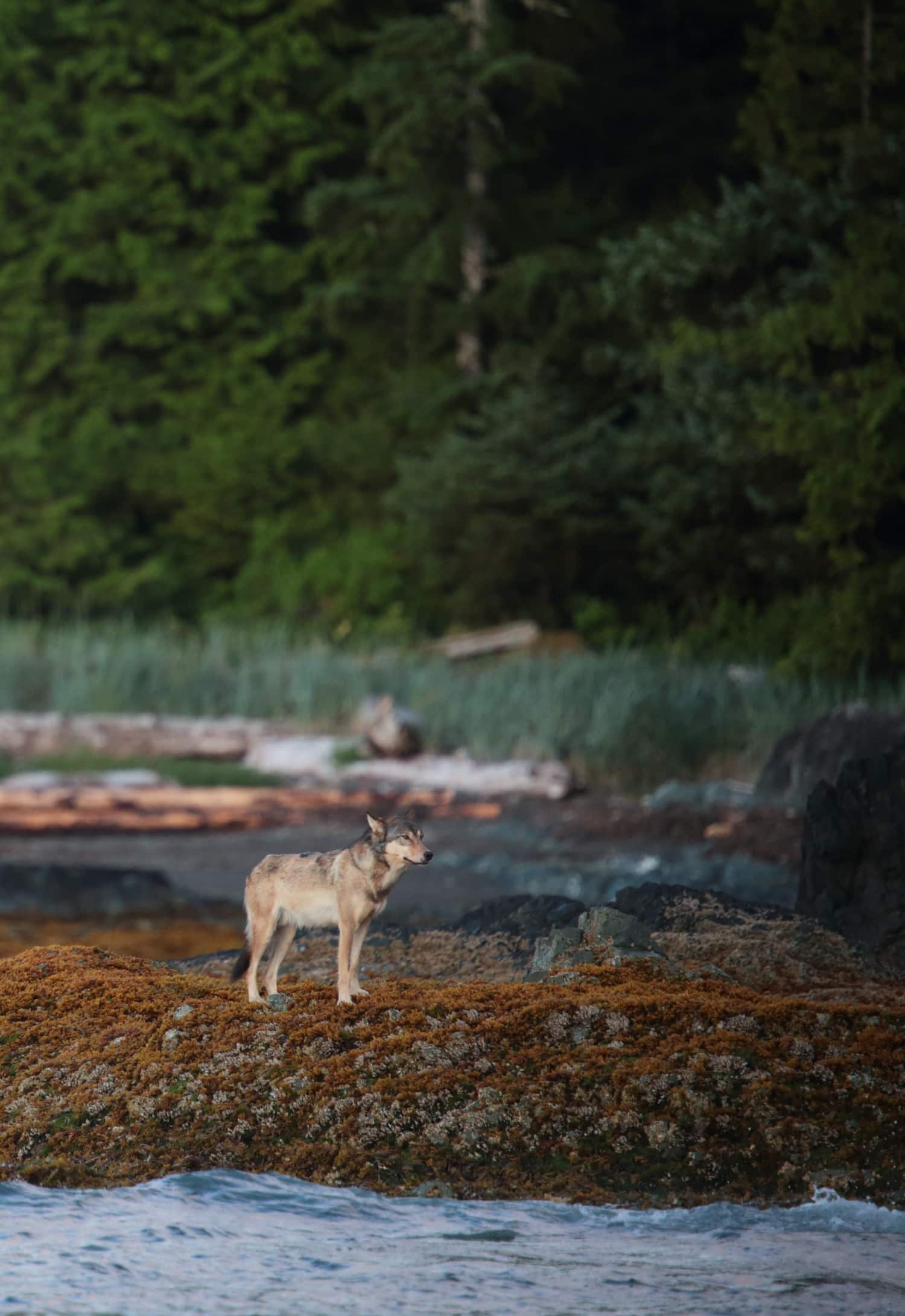 With two healthy parents, this wolf family has a much better chance of success on the rugged outer coast.