The name Richard Blaimert might not ring any bells. Yes, it’s French. And yes, much like the man himself, the name carries a certain gravitas that evokes a three Michelin star chef or a polarizing politician. Luckily, he’s neither of those things. Blaimert is the writer and creator of Nouvelle adresse, the French-Canadian drama series that spawned its sister adaptation, This Life. He’s ours.

As we gear up for another exciting season of the latter it’s important to look back at the former which ended its three-season run last fall on Radio-Canada.

It’s hard to quantify the lasting footprint of Blaimert’s story. But one thing’s for certain: people watched it. In the show’s first season, audiences hovered between seven hundred and eight hundred thousand. By the time Nathalie Lapointe’s (French Natalie Lawson) illness worsened, word of mouth and positive reviews skyrocketed to above a million viewers each episode. It was a hit, pure and simple. And Quebecers revelled in its raw portrayal of the central characters.

Rewind years earlier, long before this success. “Writing is always a selfish process [...] it’s not just about the story, it’s about me,” says Blaimert when asked about why he chose to pursue such a dark subject matter. This went to a personal place for the fifty-one-year-old who lost both his parents to cancer. “I was jealous of the logline of The Big C.” But that jealousy soon gave way to opportunity. Blaimert saw an opening to create a story that would access the deepest and most taboo parts of living with and around cancer. Three years after he spawned the idea, his project was greenlit and Quebec was introduced to one of its most compelling TV families. 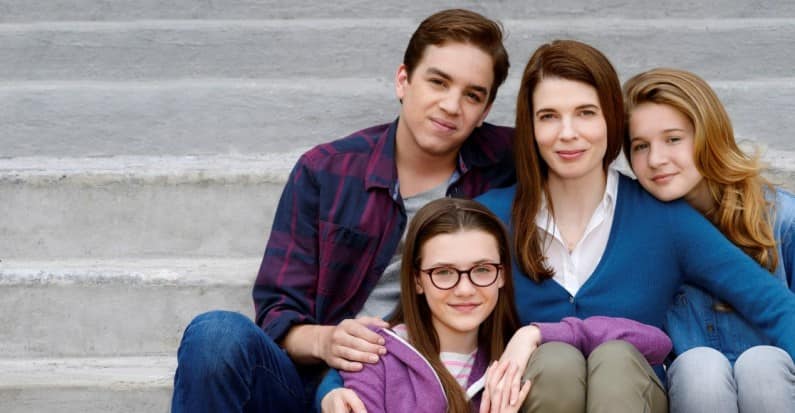 Blaimert is reluctant to compare any of the hardships he had to endure in creating this show with the actual plight of people suffering from Natalie/Nathalie’s illness but damn it if the process wasn’t difficult to endure. He went to a hospital in Quebec City where he sat down with a dozen teenagers, all suffering from some form of malignant cancer. “They gave me 20 minutes each. They were telling me their story — crying. That afternoon I was exhausted but I wanted to jump in [to the material].” From there, with the help of Martin Champagne, an oncologist and consultant on both Nouvelle adresse and This Life, Blaimert forged his central character’s medical journey.

The final episode of season two on his show sent shockwaves across the viewing public. I still remember my aunt being unable to articulate her emotions without breaking down into tears the week after it aired. Blaimert might be beyond what he created, but it’s clear that his audience still isn’t quite there yet.

And yet, here’s This Life. An adaptation that will continue to carry the spirit of his characters and their stories to English audiences. As relates to this show, Blaimert also feels an air of detachment for the simple reason that it has become, in his words, “its own thing.” He knew that once his show went into the hands of another writer, it was going to take on that writer’s sensibilities. Fortunately, when it came time to hand the symbolic reigns over to showrunner Joseph Kay, they found themselves on the same page. “He was a good extension of me… In his own way.” Blaimert went on to point out Kay’s growing confidence in his role and his openness to ideas and different modes of thinking but at the end of the day, “We’re writers. We’re selfish [laughs].” Although he agrees that Natalie Lawson’s journey still echoes the spirit of Nathalie Lapointe’s, season two of the English series has undoubtedly taken on a life of its own. And Blaimert is happy to see it for what it is — its own thing.

“I love that show [but] once it’s done, you can breathe.” That’s what Blaimert is doing now as he works tirelessly on new material. He’s breathing anew, working on a new project. Enjoying the fresh air. For many like Blaimert, this is an ending.

But for Natalie and the Lawsons, for you and for me, the journey is far from over.