Oliver’s art has always been the subject of much reflection. Last season, his unfinished self portraits represented a tortured soul grappling with the loss of his long-time partner. This season, Oliver’s expanding into riskier territory. If you, like Alexis, had to pause at the sheer magnitude of his newest installation, then allow me to take you through a deep dive of Montreal’s equally compelling public art.

Scattered in just about every nook and cranny of the downtown core, stand over six hundred art pieces ranging from graffiti murals, to larger-than-life sculptures, to seasonal installations. And there’s no better place to start than right where Oliver is trying to forge his livelihood. 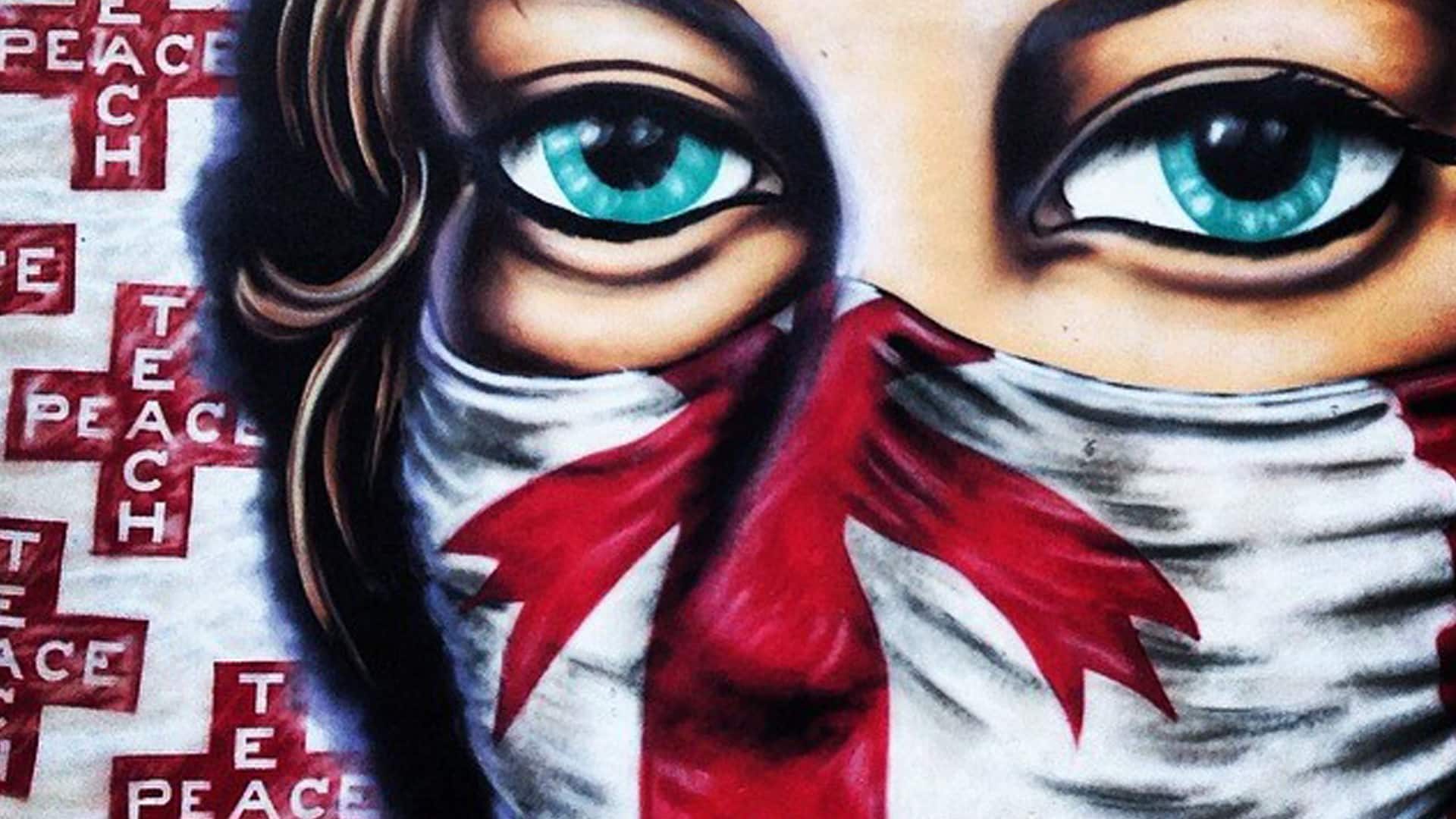 Mile Ex Montreal: 15 Reasons Why You Should Go…Now!

Oliver’s live/work space is actually located in Mile Ex, a neighbourhood cut out of old industrial buildings separating the better known Park Ex and Mile End neighbourhoods. Its vast network of alleyways and warehouses is fertile ground for the city’s most eye-popping, larger-than-life street art.

Amongst the colourful common tags of locals, you can find an abstract Stay Puft Marshmallow Man overturning a car, a political mash up of Stephen Harper eye-zapping a Canadian landscape, and even a NSFW riff on Tintin.

Grab a cup of coffee at Dispatch on Rue St. Zotique in the heart of Mile Ex and wander around North or South. Every direction will yield a new discovery.

After you’ve completed your intuition-driven walking tour, it’s time to take a ride on the orange metro line towards Berri-UQAM. During your commute, don’t be surprised if you run into myriad underground public murals, sculptures, and paintings.

Specifically, once you step off at Berri-UQAM you’ll find three paintings from Robert LaPalme over the main staircase leading to the yellow line. These works, showcasing science, recreation and culture, were originally commissioned for Expo ‘67 and stationed at the fair’s entrance.

As an added bonus, if you find yourself metro-hopping another time, make your way to Parc Station where Claire Sarrasin’s sculpture, “Icarus”, hangs above the escalators leading to the mezzanine. Her clear and tinted acrylic, painted silk, ink, and liquid crystals make up a rainbow-coloured and hopeful interpretation of the fabled Greek’s ascent to the sun.

Time to make our way aboveground to the site of Expo ‘67, Parc Jean Drapeau. Today, it serves as the picturesque locale of the Osheaga Music and Arts Festival and fifteen City of Montreal art works - grand sculptures from the likes of Henri-Georges Adam, Alexander Calder, and João Charters de Almeida.

Highlights include Calder’s abstract piece, “L’homme”, which towers over the weekly electronic dance party Piknic Electronik and Almeida’s “La ville imaginaire”, celebrating thirty years of the Montreal Metro system. The latter is a must-see, not only because its austere and towering pillars intrude on the psyche, but because the work is actually just a stone's-throw away from where This Life shot Natalie and Tia basking in the city’s glow post-paddle boarding.

If you’d like to curate your own bike tour or casual stroll be sure to download Parc Jean-Drapeau: Public Art, the app, for a two-hour audio tour of the island’s art. Along with informative commentary, fifteen original compositions from local artists will make you see these public works in a different light. 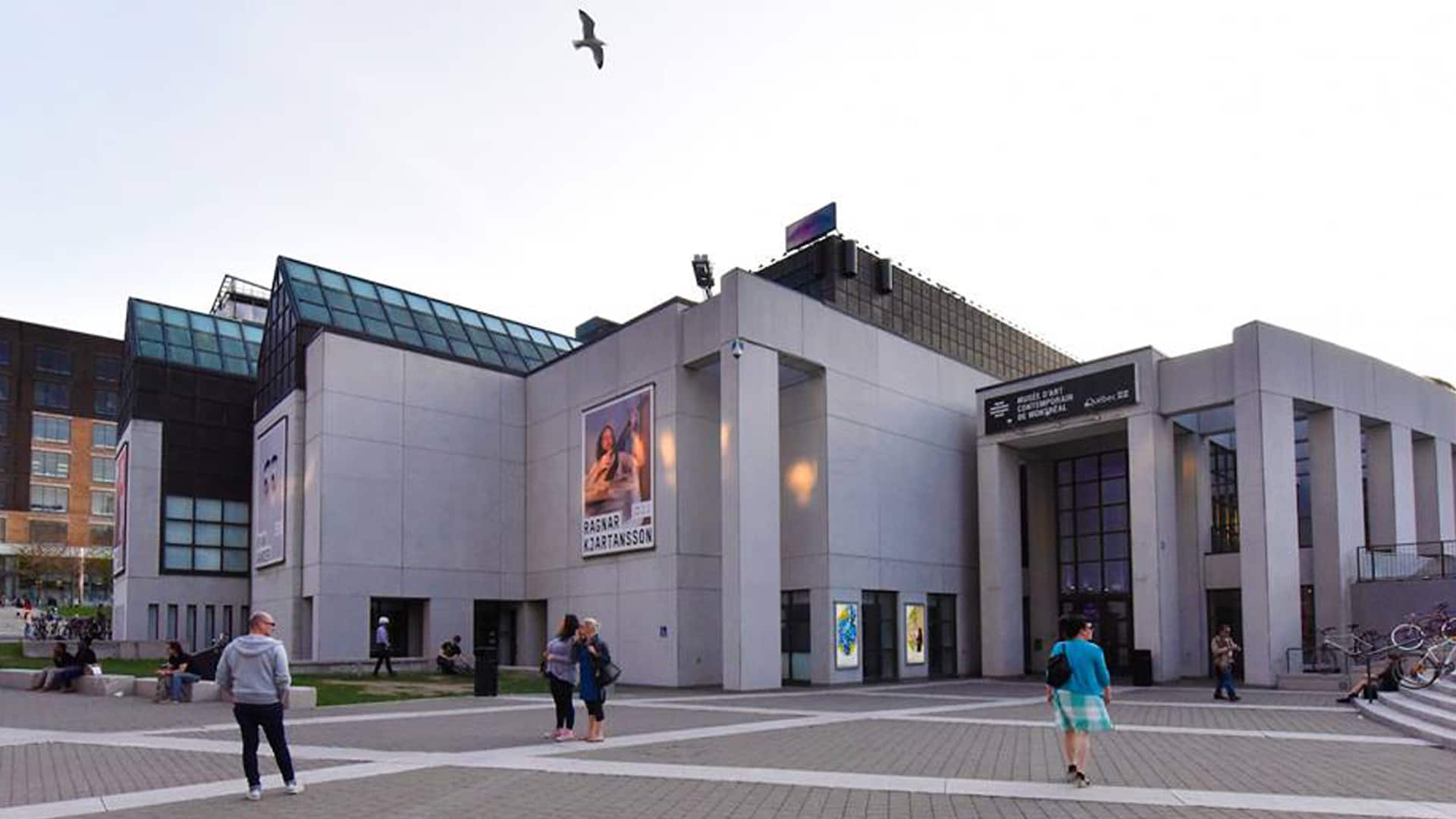 Now that it’s time to reverse course, you need to make your way to Place des Arts in the heart of downtown Montreal. This massive complex lives and breathes art, not only during the summer festival season but all year round. From the International Festival de Jazz de Montreal to Nuits Blanches, Place des Arts is constantly bubbling with what’s contemporary.

Among the versatile grounds, look upwards above the Musée d'art contemporain de Montréal to spy “La voie lactée” by Geneviève Cadieux. The 1992 photograph of a woman's red lips has since become a staple for visitors and a magnet for festival goers trying to orchestrate the perfect selfie. For a more interactive experience during the spring time, walk up a minute to President Kennedy Avenue and ride one of 21 musical swings. Created by Montreal artists Mouna Andraos, Melissa Mongiat and design group Daily Tous Les Jours, hop on one of the seven sets of swings to play musical notes ranging from guitar, to piano or harp.

Luckily, if you can’t make it out here, it isn’t the end of the world. Take solace in knowing that when you flip on or stream This Life, Oliver’s (or Romy’s, for that matter) art will always be on display.

Stay tuned for more behind-the-scenes blogs throughout the second season of This Life. You can watch all new episodes every Sunday night at 9pm on CBC Television.