On top of our already stellar ensemble, you’ve probably noticed This Life’s second season has been injected with fresh new faces. Emma’s making a new connection with her co-worker Miranda (Devery Jacobs), while Maggie is discovering the ups and down of marrying a stranger in Raza (Hamza Haq). With apologies to these humans, I think you’d agree that there’s no cuter fresh face than that of Jude, Natalie’s mystical pet cat.

Believe it or not, the role of Jude is actually performed by two different felines. More active scenes, like the one that saw Jude following Natalie at the end of this season’s premiere required Spad, while scenes that demanded more verbal interplay between the cat and the cast went to Sonic. Both were trained under the watchful gaze of Josée Juteau-Ducasse, an animal trainer and wrangler from L’Auberge des Animaux Acteurs, a company catered to training and supervising various animals raised for bright lights.

It doesn’t take a professional actor to know that playing off animals offers a unique set of challenges. Nobody knows that better than Torri Higginson, who spent much of the summer holding, petting, and speaking to cat actors.  Even before production started on This Life, Higginson was busy playing alongside a white tiger for another project. You won’t be too surprised to know that she’s indeed a cat person. Suffice it to say, she was ready for everything Spad and Sonic threw (or clawed) her way, though that didn’t stop her from being a little surprised by their inclusion.

In a recent interview, she told me in no uncertain terms that she was initially excited. On the narrative side of the equation, Natalie was gaining a unique good luck charm in Jude, who found her after the first side effects kicked in. Higginson also saw power in having a connection outside of the paradigm of patienthood for Natalie. “The word cancer means nothing to this cat”, she added. Not to mention that Jude would contain what Higginson calls, “the healing powers of the four leggers.” 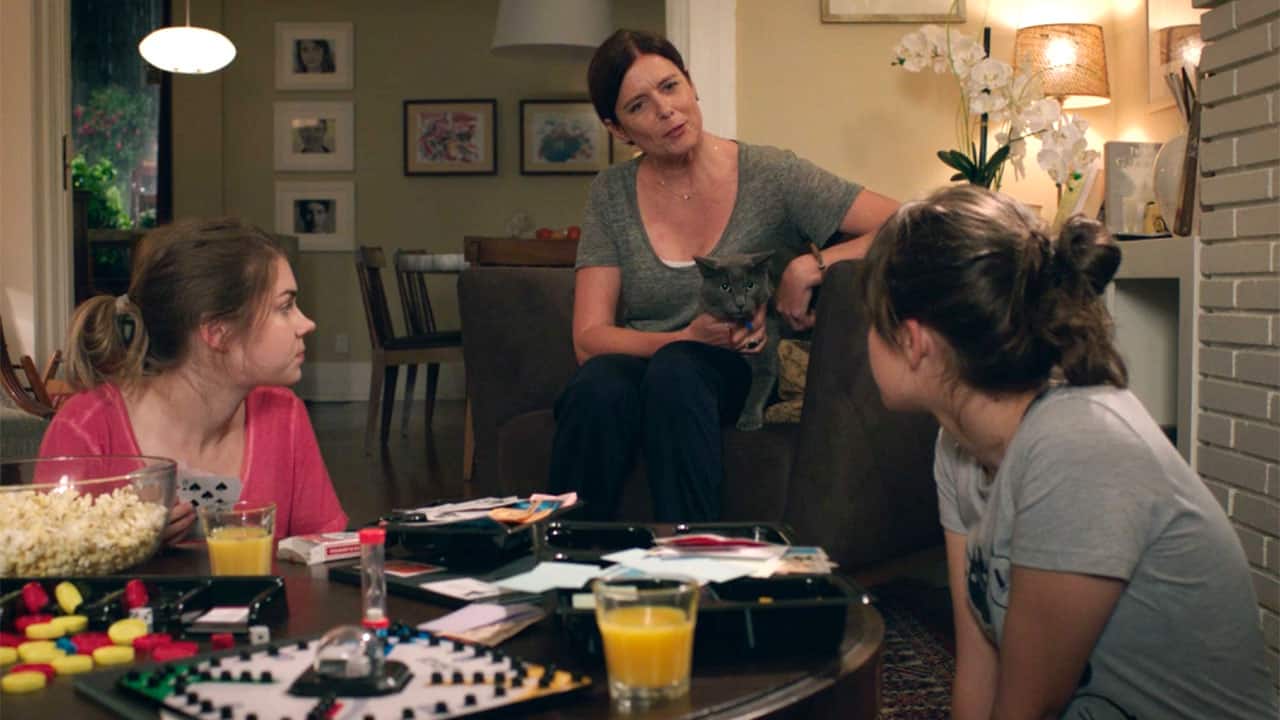 "Jude" with Torri in a scene from episode 205, Scanxiety.

To nobody’s surprise, her excitement for what this meant for her story was inevitably paired with a popular thought at This Life: “The writers lost their minds.” The sheer practicality of shooting emotionally rigorous scenes with a cat presented daunting prospects. Even though Juteau-Ducasse and her team did all they could to get her cats comfortable around Higginson, concerns were warranted.

Take the first time they meet, when Natalie ‘resurrects’ after experiencing her first side effect. Believe it or not, it proved to be a big challenge to get the shots that were needed. “Right away, he [Spad] wasn’t doing that well,” says Higginson. Even though Spad was being coerced by food and warm pets to stay on Higginson’s belly/chest area and then follow her when she got up, he’d often get distracted.

Somehow, through it all, both felines and their trainers still managed to manufacture magical moments.

Take that same sequence in this season’s premiere. After the concerning start, Spad took it upon himself to leap into Natalie's lap without much provocation. It wasn’t planned or blocked and it certainly wasn’t expected. “That’s why I have that genuine look of surprise on my face [...] and a star was born in that moment”, she said, letting out a giggle. To top it off, during that special take, the elderly extra trudging up his front walkway in the background wasn’t, well….uh, an extra. He lived in the house he was trudging towards and somehow didn’t notice fifty people shooting a TV show right beside him. Thanks for not interrupting the magic, whoever you are!

For myself, aside from the narrative wonder that Jude’s character brought this season, I’ll always remember the moments between moments on the set of This Life. Shooting television requires patience and an enduring enthusiasm to focus in tiny increments of time.

Lights need adjusting, camera lenses often need changing and there’s always a chance that a better idea of how to stage any given scene will pop up. For many, this time means diligent movement but for writers like myself, it often means sitting in a little chair, head bound to a laptop, trying to stay out of the way. But then a cat would dart by your feet or stare at you long and hard and you’re suddenly reminded, in all of this chaos, of where you are and why you’re here and how utterly comical this all is.

On Sunday, we said goodbye to two coworkers who, against the odds, made work seem like it wasn’t work at all.