Where we're going in Season 6 of Still Standing

Jonny Harris and the Still Standing crew are taking you to 10 more awe-inspiring small towns across Canada in this season's episodes! 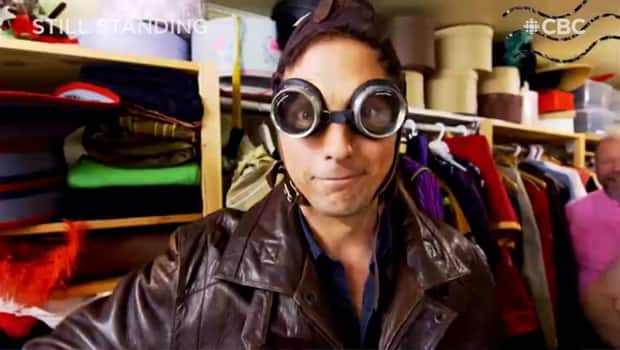 Jonny Harris and the Still Standing crew truck from coast to coast to coast in their ongoing small-town tour of this big country to celebrate the places and the people that are holding on, no matter what.

Starting Tuesday, October 6, we kick-off our cross-country tour on Pelee Island, Ont. From there we carry on to nine more awe-inspiring communities across Canada. Check out the list below for all of the towns we're visiting in Season 6.

Pelee Island, Ont.
TUES, OCT. 6 | The future is uncertain for environmentally-sensitive Pelee Island, but those who call the island home are committed to ensuring that their unique jewel is around for generations to come.
Bear River, N.S
TUES, OCT. 13 | Without any industry or formal government, 'making it' in Bear River requires a sense of enterprise, a communal spirit and a touch of the outlaw.
Lillooet, B.C.
TUES, OCT. 20 | Lillooet's forestry-based economy is heading downhill — permanently. But its rugged residents are committed to fighting the good fight to ensure they can stay in their beautiful town.
Vittoria, Ont.
TUES, OCT. 27 | When the bottom fell out of Southwestern Ontario's tobacco industry, Vittoria's farmers were forced to reinvent themselves and figure out how to farm different crops on the same land in order to survive.
Woody Point, N.L.
TUES, NOV. 10 | When a highway bypass connecting Newfoundland's Great Northern Peninsula to the rest of the province was paved, Woody Point became a dead end with a grounded ferry. Since then, the town has managed to reinvent itself as a world-class destination.
Pinawa, Man.
TUES, NOV. 17 | In 2024, Pinawa's nuclear research facility and main employer are slated to be decommissioned, which has Pinawanians working hard to make sure that doesn't spell the end for their unique town.
Cap-Pelé, N.B.
TUES, NOV. 24 | Ingenuity and resilience are hallmark traits of Cap-Pelé, a small Acadian fishing village in New Brunswick that has seen its fair share of struggles.
Botwood, N.L.
TUES, DEC. 1 | Ever since the closure of a nearby mill shut down Botwood's busy port, the town has been working hard to revive industry and draw former residents back home.
Turner Valley, Alta.
TUES, DEC. 8 (8/8:30 NT) | When oil and gas was struck elsewhere, Turner Valley was left with not much more than abandoned wells and an out-of-date processing plant. But a fresh new crop of entrepreneurs is emerging from the ashes and redefining this former boomtown.
Rankin Inlet, Nunavut
TUES, DEC. 8 (8:30/9 NT) | The economy of Rankin Inlet has seen its ups and downs, but the struggles that come with living in this remote and unforgiving landscape remain constant.