When Joan Baez performed on CBC, she took a stand for peace

A political lightning rod in her own country, she found an audience in Canada

A political lightning rod in her own country, she found an audience in Canada 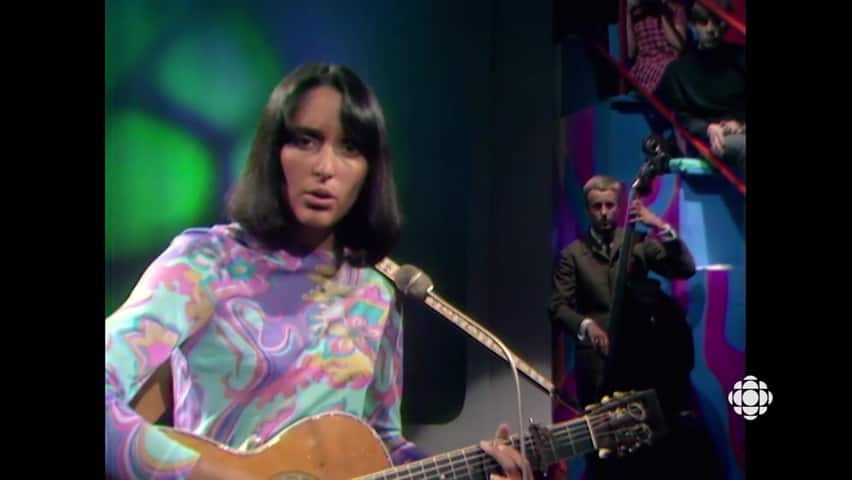 2 years agoVideo
8:16
In 1967, Joan Baez appeared on CBC's Sunday program and made statement that was both political and artistic. 8:16

In the late '60s, folk singer Joan Baez was as well known for her activism as she was for her songwriting and hauntingly beautiful voice. She had spent most of the decade using her platform to speak out about various social justice causes, most notably her objection to American involvement in Vietnam, and the accompanying draft.

While that turned the folk singer into a folk hero, it also made her a political lightning rod, which in turn made it harder and harder for her to get on television in the United States. But in 1967, she performed on the CBC television program Sunday.

"When you heard about Joan Baez appearing on a CBC Sunday show, it's historic," says music historian Arthur Levy. "The mere idea of singing folk music was a stance."

And Baez's message of peace and non-violence was a powerful counterpoint for what felt like an never-ending war. For young people on both sides of the border, Baez's conviction — as reflected in both her lyrics and interviews — was powerful.

"Vietnam was a bullshit war," says Indiana-born musician and broadcaster Bill King, who originally came to Canada as a draft evader in the 1960s. "We were being used. Everybody was being used. The way Joan Baez got onstage and spoke for the movement, she was out on the front lines about many issues. She said exactly what I needed to hear, where I was at that age."