In 1959, Sammy Davis, Jr. had a breakthrough moment on CBC television

In 1959, Sammy Davis, Jr. had a breakthrough moment on CBC television 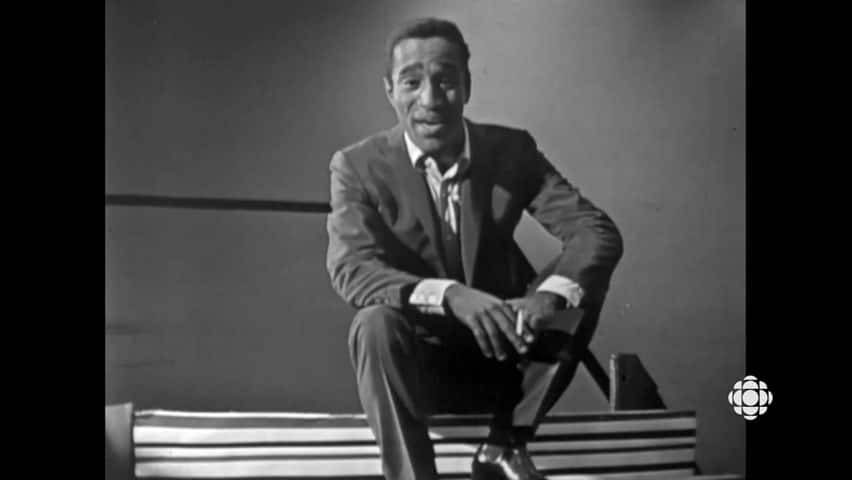 2 years agoVideo
9:55
In 1959, the CBC provided Sammy Davis Jr. with an opportunity he couldn't get in his own country: the chance to host his own TV show. 9:55

In 1959, Sammy Davis Jr., one of the biggest stars of his era, came to Toronto to do a half-hour special for CBC television. It was a major win for both Davis and the CBC. The CBC got a major international star to help launch its new music variety show, Parade. Davis, meanwhile, got to do his solo network television special, something that had eluded him in his own country.

In the United States in the 1950s, corporate sponsors largely controlled what was seen on television. That meant that, among other things, that "Black people not portrayed very well on television, if at all," according to Jason King of the Clive Davis Institute of Recorded Music.

For Sammy Davis, Jr.—one of the top entertainers of the era—it meant that as his peers like Frank Sinatra and Perry Como found even greater fame hosting their own television shows, he was frozen out.

"In the United States, sponsors didn't see that a show hosted by a black performer would be the kind of show they would want their product associated with," explains Canadian television historian Blaine Davis. "Presumably because consumers might be turned off by the association of their car or their soap with a black performer."

On Parade, Davis got the opportunity to show off his full range of skills, as a singer, dancer, multi-instrumentalist, and a funny, charming TV host. And as Davis' friend and peer Paul Anka points out, he also shows off a style and stage presence that artists still copy today.

"This guy lived every bar of that song with some move, some gesture, his body, his voice, some inflection in his face," says Anka. "Nobody did that back then."