The Canadiana Suite proved that Oscar Peterson wasn't just a great pianist: he was also a brilliant composer

The Canadiana Suite proved that Oscar Peterson wasn't just a great pianist: he was also a brilliant composer

2 years ago
8:55
In 1964, Oscar Peterson would perform the Canadiana Suite on CBC TV, changing how the jazz world viewed him forever. 8:55

In the early 1960s, Oscar Peterson was renowned as the best pianist in all of jazz music. The Montreal native had sold out concert halls all over the world, and collaborate with a who's who of jazz greats: Lionel Hampton, Buddy Rich, Dizzy Gillespie, Coleman Hawkins, Stan Getz, and dozens more.

But Peterson didn't want to just be known as a great piano player. He wanted to be known as a great composer, too. Inspired by his hero, Duke Ellington, Peterson decided to write a suite, the jazz equivalent of a symphony in classical music, or a concept album in rock. It would be called The Canadiana Suite, and it would be a series of musical odes to different parts of the country. It would move from East to West, like a sort of jazz train trip.

"Duke Ellington wrote a lot of music based on his travels," explains jazz bassist Dave King. "I think it made him think, 'Well, if Duke can do it, then I'm gonna write about my country.'"

"Duke would write the New Orleans Suite, or other suites, that would touch on certain things in that city," explains pianist Michael Kaeshammer. "In The Canadiana Suite, Oscar touched on different things in this country here. To this day, it's not all that common in jazz. He was one of the front-runners to ever do it."

According to jazz musician and composer Joe Sealy, The Canadiana Suite was Peterson's way of introducing Canada to a jazz world that often forgot the country existed.

"This was his way of letting the world, but also the United States know, that we've got a great country up here," he says. "Maybe you should pay attention. It's important. It's beautiful."

The suite made its debut on CBC's The Wayne & Shuster Hour in 1964. This footage from that performance hasn't aired in over 50 years

One of the songs in the suite was "Place St. Henri," a tribute to the Montreal neighbourhood where Peterson grew up.

Peterson's wife, Kelly Peterson, adds that throughout his life, Peterson was repeatedly asked to move to the United States, but staunchly refused. 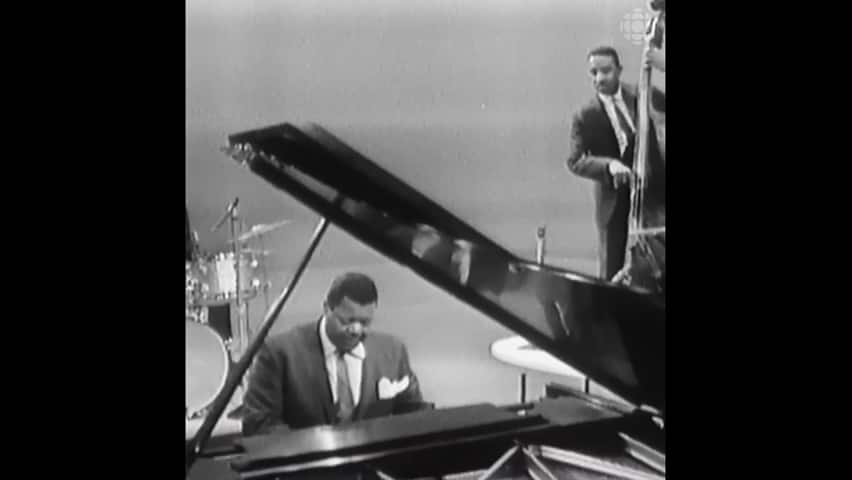