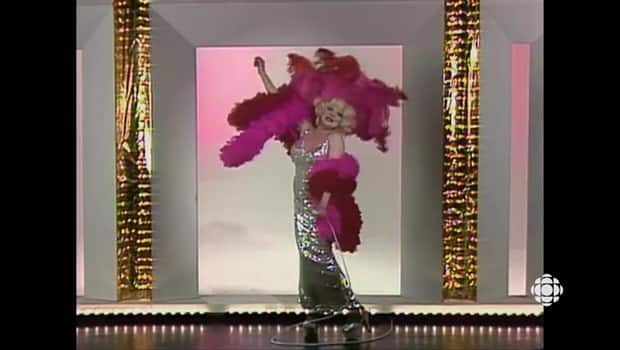 In the late '70s, Craig Russell became a national sensation, bringing the queer culture that was blossoming in downtown Toronto into the mainstream.

Born Craig Russell Eady, in the Toronto suburb of Richmond Hill, Russell started hanging around Toronto-area drag shows in the late 1960s, at a time when drag had just been legalized.

"Up until the mid-'60s, it was illegal for a man to dress up as a woman," says talent manager Michael Oscars. "It was dangerous to perform as a drag artist, because the club could get raided and you could get arrested."

When Russell first showed up on the scene, Toronto's drag pioneers didn't realized hat Craig Russell was going to be the person to put their art form on national television. They just wanted him to style their wigs.

"We noticed there was a young man who seemed to come quite often," says Oscars.  "Eventually, he introduced himself to us. He told us at the time that he was a hairdresser, which excited all the drag performers, because they're always on the lookout for hairdresser for their wigs. He gave no inkling, at that point, that he would become the outrageous Craig Russell."

When he finally took the stage in the early '70s, Russell displayed a mix of singing, impersonation and comedy that wowed audiences in Toronto's gay scene. His impersonations of people like Mae West, Talulah Bankhead and Lucille Ball quickly became legendary. Before long, he was touring the "gay circuit" in the United States, playing shows in places like San Francisco and Provincetown, Mass.

"Provincetown is lauded for garnering the best entertainers in the world," says Russell biographer Brian Bradley. "And eventually that bridged him from being in gay clubs to the mainstream."

And, at a time when being gay was still dangerous, the mainstream embraced the flamboyant Russell, because, according to drag performer and actor Sky Gilbert, his talent was undeniably world class.