The Malo family donated their winnings to Melanie's Way and Bethel Hospice.

The Malo family donated their winnings to Melanie's Way and Bethel Hospice.

Some families come together to do more than just feud on Family Feud Canada.

One family, in particular, had a cause close to their hearts when they were chosen to play the Feud this season: the Malos — a close-knit family from Brampton, Ontario.

Upon discovering they were chosen to compete, they collectively decided to pay homage to their daughter and sister, Jennifer Cooper, who at the age of 35  — and only five months after giving birth to her second son — was diagnosed with Stage 4 of an aggressive form of breast cancer. Jennifer passed away peacefully at Bethel Hospice in Caledon, Ont. surrounded by her loved ones on May 5, 2017.

"Last January, I noticed on Facebook that [Family Feud Canada was] accepting audition tapes for the upcoming season. I decided, 'why not?' and what better way to honour Jen's memory, so I incorporated her in my video," said Lynda Malo, Jennifer's mother.

In May, the Malo family received the email letting them know that they were chosen to be on Feud!

"The entire process was so exciting. Interesting, indeed, it is to have the opportunity to see the behind-the-scenes glimpse of a television studio set and all that goes into the taping of a Family Feud episode," said Lynda.

The audition process is one thing, but preparing to be on the show is a whole other ballgame. The Malo matriarch said that although they didn't practice too much for the show, she did rehearse her intro about her daughter Jennifer 20 times. (Literally, 20 times!) 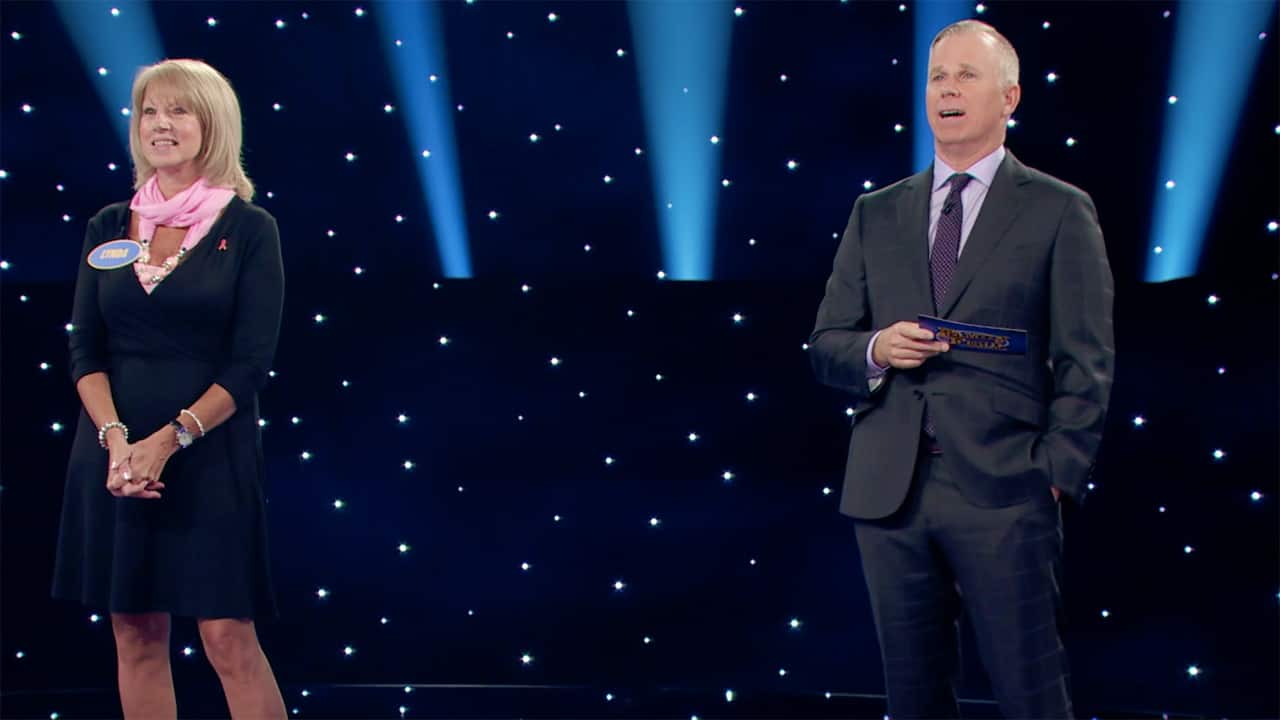 Malo family plays in honour of their late daughter

1 month ago
5:28
The Malo family beat the Simpson family in Family Feud Canada to go on to the Fast Money round. Portions of their winnings will go to charities in honour of their late daughter, Jennifer Lynne Cooper. 5:28

"The most memorable and exciting moment was being down 218-0 and making a huge comeback which then allowed us to play, and win, in sudden death! Those Simpsons were great competitors!" said Lynda.

Although they did not win their Fast Money round, the family decided that whatever winnings they earned would be split to be donated to the two organizations that helped Jennifer when she was sick.

Firstly, they donated to Melanie's Way — a Toronto-based charity that grants wishes to young women with metastatic breast cancer.

Jacquelyn, Jennifer's sister, submitted her story to Melanie's Way and was successful in having her wish come true: an all-expense paid trip to Disney World for Jennifer, her husband, Brian, and their two boys, Nathan and Evan.

But due to her rapidly failing health, Jennifer was unable to travel. However, Melanie's Way granted her a local wish: a stadium suite to watch her beloved Toronto Blue Jays.

The second donation went to Bethel Hospice in Caledon. This is the hospice where Jennifer spent her final weeks, surrounded by loved ones. The hospice exists because of donations and community support. The Malos shared that the Bethel Hospice volunteers provided comfort and support for Jennifer and the entire family during her stay.

The Malos have fond memories of Jennifer — a wonderful wife, mother, daughter, sister, and friend to anyone she met. They describe her as the glue of her family — the one who organized and planned all the family activities and events — and was always delighted to do so. Even during an incredibly difficult year for Jennifer, she managed to be a light for them.

Although the Malo family miss Jennifer dearly, they were elated to celebrate her life and memory by doing something special together as a family, sharing her story, and helping commemorate Jennifer's legacy through this donation.

Since the airing of their Family Feud Canada episodes, many of the Malos's friends and family have also donated to the hospice and Melanie's Way.