[an error occurred while processing this directive] George Stroumboulopoulos Tonight | About

Each weeknight, George Stroumboulopoulos Tonight brings you a smart, sharp and intimate conversation with some of the world’s biggest stars and original thinkers.

From icons and legends to new voices and emerging talent, George doesn’t just ask questions, he creates a space for every guest to tell stories and share experiences.

Plus, our nightly panel features some of the funniest comedians around, with their fast and furious take on pop culture.

Shot in front of a live studio audience, George Stroumboulopoulos Tonight is an entertaining and engaging look at our world and the people who shape it.

Over the course of 10 seasons, the show won four Gemini awards for best talk series in Canada and a Gracie for outstanding talk show. 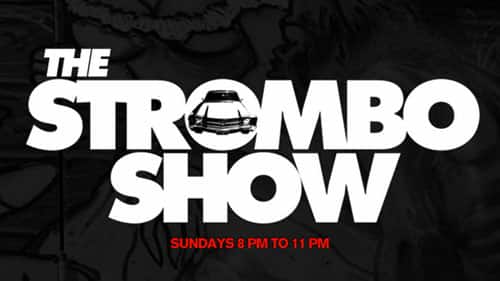 The Strombo Show is three hours of commercial-free music and conversation every Sunday night, covering all genres and all eras, with great guests and requests. And that will continue full force into September 2014, when we launch another season of the show.

The program features interviews with our musical guests – everyone from Queens of the Stone Age to Vampire Weekend, Ziggy Marley to Band of Horses.

There’s also a celebration of the music of Tom Waits with Ten With Tom, a weekly rundown of the best new tracks in The Magnificent Seven and The Blend, which features mixes from various DJs.

Catch The Strombo Show commercial free Sunday nights from 8 pm to 11 pm on CBC Radio 2. You can also stream or download it on strombo.com the next day. 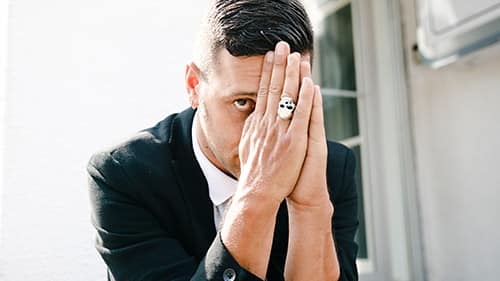 A six-time Gemini Award and Canadian Screen Award winner for best host in a talk series, George Stroumboulopoulos has interviewed a who’s who of entertainment icons, world leaders and respected thinkers.

George has also taken an active role in global initiatives and is a strong advocate for social issues.

George is the first Canadian National Ambassador Against Hunger for the United Nations World Food Programme. And he’s one of three Canadians recognized by the World Economic Forum as a Young Global Leader for 2012.

He was also a driving force behind Canada for Haiti, a live benefit that raised more than 27 million dollars for Haitian earthquake victims, and One Million Acts of Green, which saw Canadians register 1.6 million acts of green on the official website.

As well, George took part in The Greatest Canadian TV series on CBC, hosting a documentary to make his case for the founder of medicare in Canada, Tommy Douglas. He was one of ten finalists and ultimately received the most votes from Canadians, winning by more than 50,000 votes over second-placed Terry Fox.

George has also hosted the highly regarded CBC documentary series Love, Hate & Propaganda - which examined how propaganda helped shape significant events of the 20th century, including the Second World War, the Cold War and the War On Terror.

George is the host and co-executive producer of George Stroumboulopoulos Tonight. You can find him on Twitter at @strombo as well as on Facebook.