In our latest installment in the summer picnic series, Hashem Hashem, who is of Lebanese descent and lives in Ottawa, shares with us what a typical gathering in his community looks like. 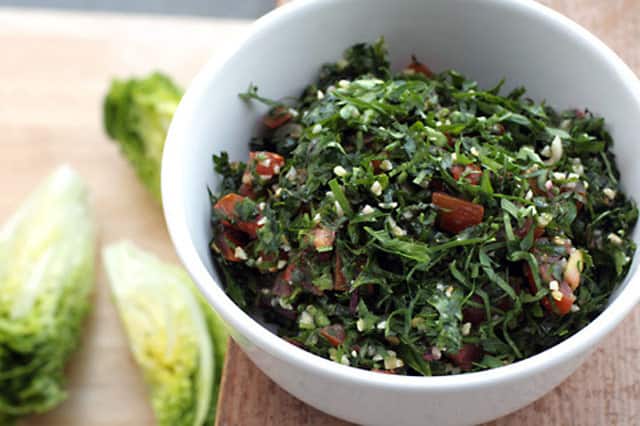 Recipe and photography by David Lebovitz

Vincent Massey Park is Hashem’s go-to location for picnics and barbecues in the summer. The beautiful, spacious park is centrally located and easily accessible.

Those who are athletically inclined enjoy playing volleyball or cycling around the park. The group usually plays a lot of card games, and tawla (backgammon). Much of the time is spent chit-chatting and meeting new people over food.

Hashem is connected to a group of around 100 families in Ottawa who have something interesting in common: everyone has their roots in Jdeidet Marjeyoun, Hashem’s hometown in Lebanon. Many in the group are second generation immigrants who value keeping a connection to their roots. The group gathers a few times every summer and extends the invite to friends of friends.

The beginning of every picnic includes the preparation of traditional coffee. The group makes what they call Lebanese coffee, commonly known as Turkish coffee. Hashem says it must be served in demitasse cups instead of disposable cups.

It’s also custom to bring vegetables, knives and cutting boards to the park to prepare fresh tabbouleh. “We can arrive two hours early just to prepare salad. Everyone pitches in and we have more fun that way,” Hashem says. Follow the recipe below to make tabbouleh — a perfect, light picnic snack. (Note: The recipe will not take two hours to make, but tabbouleh preparation brings community-building and great conversation!)

Meat and chicken skewers and burgers are usually put on the grill, along with corn. Hashem explains the meat they eat at home is prepared differently and takes longer to make, but they opt for food that can be prepared faster during a barbecue. Other typical foods include homemade hummus and spinach or meat pies.

Arak is a traditional alcoholic drink in Lebanon that the group enjoys preparing and drinking. The colourless drink is mixed with water and then poured into glasses over ice. The dilution turns the liquid a milky, white colour. Arak is more popular in Quebec, so sometimes Hashem will make the drive to pick up a few bottles.

For dessert, the group prefers fruit over baklava, since it’s more refreshing.

How to Grill Vegetables