Looking at a shipping container, it’s hard to think “comfortable, stylish home” instead of cold, industrial box. Yet shipping containers are proving to be an increasingly interesting option for small-space living, and their strong construction makes them an ideal base for creative, minimalist tiny homes. 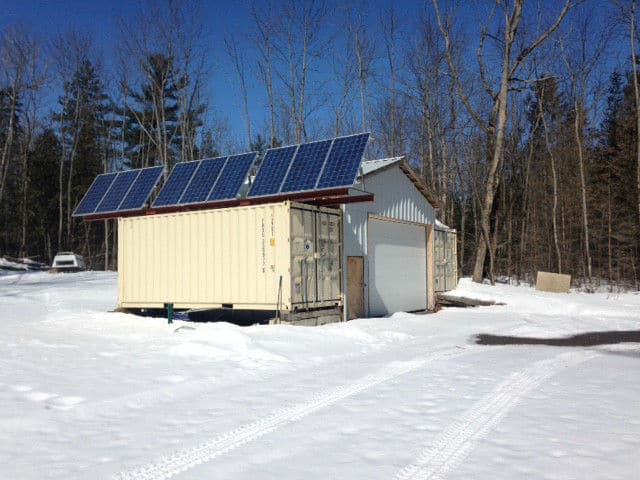 So proved Joseph Dupuis, a 28-year-old Ottawa man who managed to fashion together a stylish home of 355 square feet out of three 20-foot shipping containers. It’s part of a larger trend that’s emerging on small-space, minimalistic living.

The home, currently listed on Kijiji for $58,000 has several features:  it offers a full kitchen and shower. It’s insulated. It has in-floor radiant heating — fuelled by a propane fired hot water tank for heating. It has a wood stove. It has a rough-in opening for a compostable toilet. And oh yeah, it can be dismantled, moved and re-erected in a new location if need be. 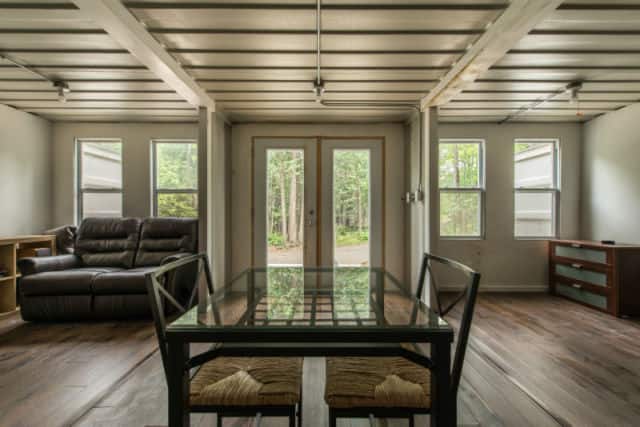 "I have been getting a lot of attention for the media, my story has been posted in Huffington Post, Daily Mail, it made the front page of Reddit, Buzzfeed interviewed me and posted an article, it was reported on the Chive, the Ottawa Sun posted an article and put it in print. Last time I checked it had been shared over 10,000 times on facebook and countless likes," says Dupuis. But he told us that despite the ad going viral,  "I yet to receive any industrial partners offer, just lots of media attention and people stopping me in the street asking questions."

Dupuis first developed the idea of a shipping container home back in 2010 when he was studying mechanical engineering at Algonquin College. The idea grew out of his interest in self-sufficiency as a lifestyle and avoiding overspending on traditional homes. As he told the Huffington Post, he first built the home on his family’s farm and built an estimated 95 per cent of the home himself. (The rest of the work was handled by electricians and subcontractors — for power, the home runs off of a solar system which includes nine solar panels of 235 watts each, mounting array, inverter, controller and 27 volt battery bank.) 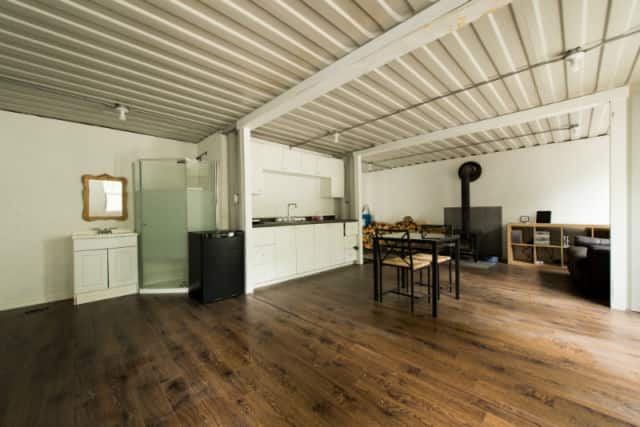 While the cabin looks minimalist, the costs proved equally minimal since each container only cost approximately $3,400. And like many tiny homes, the space is stylishly designed — dark hardwood floors line the home which is surprisingly well-lit via natural light — along with a set of double doors, the home comes with six windows and another back door as well.

"I'm taking my passion of shipping container and combining it with my interest in solar energy. I creating a portable green energy power plant that uses a standard 20' shipping container and a solar indexing array," says Dupuis. He will continue developing this idea with Algonquin College's Applied Research & Innovation department in August. "I will become an Industrial Partner and have a team of engineering students working on my design full time for eight months. I'm hoping to have a full scale working system by the end of the project."

In the meantime, Dupuis is busy working on a business plan and a proof-of-concept model. He is looking for private investors, but in the meantime, a local marketing team approached him and created this website on his behalf: workingtitle.ca

We can't wait to see what he makes next!

When Her House Offer Fell Through, She Downsized to a Tiny Home and Never Looked Back