Most of us know Thanksgiving as a time to get together with family and friends, give thanks, and eat a delicious feast. But what else do you really know about the holiday? After you’ve all revealed what you’re thankful for, impress the guests at your Thanksgiving dinner with this Turkey Day trivia. 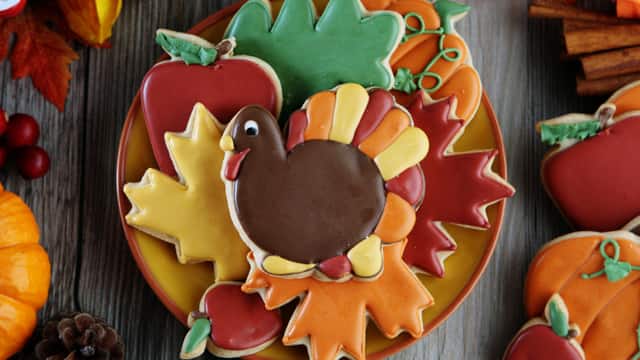 1. When was the first Thanksgiving?

The first Thanksgiving in Canada was celebrated in 1578, when English seaman Martin Frobisher arrived on Baffin Island with his crew, celebrating their safe arrival with a dinner.

In 1957, Thanksgiving became a national holiday, with Canadian Parliament proclaiming the second Monday of October a day to give thanks “for the bountiful harvest with which Canada has been blessed.”

2. How is Thanksgiving celebrated around the world?

While Thanksgiving is largely a Canadian and American holiday, there are other celebrations of the harvest around the world. Just to name a few: Liberia celebrates Thanksgiving the first Thursday of November; In Germany, Erntedankfest (the Harvest Thanksgiving Festival) is celebrated in early October with harvest dinners; Japan celebrates Labour Thanksgiving Day on November 23, with roots in an ancient harvest ceremony celebrating hard work; and China’s mid-Autumn Moon Festival celebrates the harvest season in September or October.

Signs of the Season 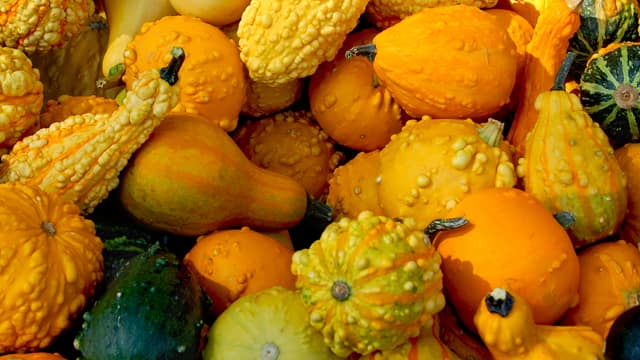 Now a symbol largely associated with Thanksgiving, the cornucopia or horn of plenty originated in art of the classical era as a symbol of abundance and nourishment. It’s now often depicted as a horn-shaped basket, chock-full of colourful fruit and vegetables of the harvest for which we’re thankful.

The short answer, is no. Most gourds aren’t edible thanks to their lack of flesh or less than stellar flavour. In fact, though they’re one of the earliest crops to be domesticated, even 10,000 years ago these plants of the Cucurbitaceae family were largely used as ornaments, musical instruments and utensils. So what are they good for today? Getting crafty, of course!

5. How big is the world’s largest pumpkin?

In 2011, a famly in Ormstown, Que. could claim the honour of growing the world’s largest pumpkin, weighing in at 1,818.5 lbs. Alas, one year later that record was smashed (pun intended) by a Green, Rhode Island man, who grew a 2,009-lb pumpkin. 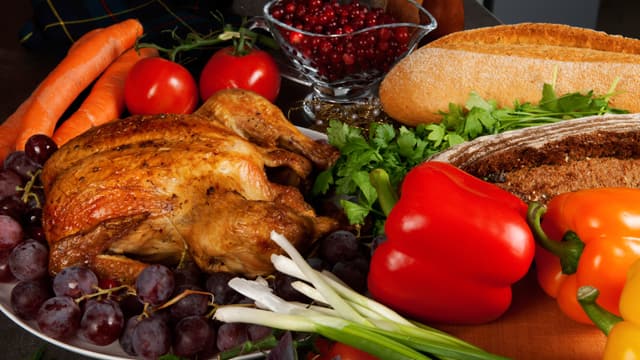 There are many theories about how turkey came to be the predominant Thanksgiving meal, including that it was historically fresh, available and affordable. Whatever the reason, the tradition has stuck. Last Thanksgiving, 37 per cent of all Canadian households purchased turkey and turkey products. How many is that? About 3.1 million turkeys, accounting for 35 per cent of the year’s turkey sales.

7. Does turkey really make you sleepy?

It’s true that the big bird does contain L-tryptophan, an essential amino acid that can induce sleep. However, in order to actually make you drowsy, L-Tryptophan must be consumed on an empty stomach, without any other amino acids or protein. It’s more likely a combination of overindulgence in food and drink is to blame for your post-meal sluggishness.

8. What’s the most popular pie?

While the great pie debate could bring a little lively discussion to any Thanksgiving dinner, a recent survey found Americans’ favourite pie is apple, followed closely behind by strawberry, and seasonal favourite pumpkin. Meanwhile, Canadians were also found to choose apple as their pie of choice, followed by lemon meringue and pecan. Pumpkin ranked number five.