Canadian superstar Nelly Furtado is the first musical guest to perform in the Steven and Chris studio! To celebrate, brush up on your Nelly trivia with these fun facts. 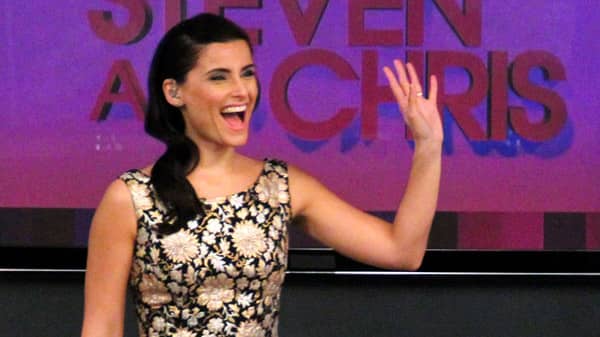 1. She has many a musical talent

In addition to her impressive singing abilities, Nelly learned to play trombone and ukulele at the age of nine, and keyboards at the age of 11. Before launching her successful solo career, she was one-half of trip-hop group Nelstar, which she formed in 1997.

Nelly's breakthrough single I'm Like a Bird won the 2002 Grammy Award for Best Female Pop Vocal Performance. In 2010 she became the first Canadian to win a Latin Grammy, for her Spanish-language album Mi Plan. Nelly also has 10 Junos, three MuchMusic Video Awards and a star on Canada's Walk of Fame.

3. She balances music and motherhood

Nelly gave birth to her daughter Nevis Chetan in 2003. While recording her 2006 album Loose, Nelly spoke of the influence Nevis had on her life and her music. "When they become toddlers, walking, talking, singing, dancing, it's like you have no choice but to experience life again, like you're a child again, and it really had a positive impact on me," she said.

4. She's tested out her acting chops

Though she most recently appeared as herself in an episode of 90210, Nelly's also taken on other roles in TV and movies. That includes a guest appearance on CSI: New York, and a part in the action thriller Max Payne. Perhaps her most Canadian role came in the 2010 film Score: A Hockey Musical.

While recording The Spirit Indestructible, she said she was influenced by the music of Janelle Monae, The xx and Florence + the Machine, among others.