If you enjoy long walks on the beach and collecting interesting objects that get swept up on shore, this story is for you. Netonia Yalte lives in Haida Gwaii, B.C., and dreams of building a community out of homes made from beach debris. 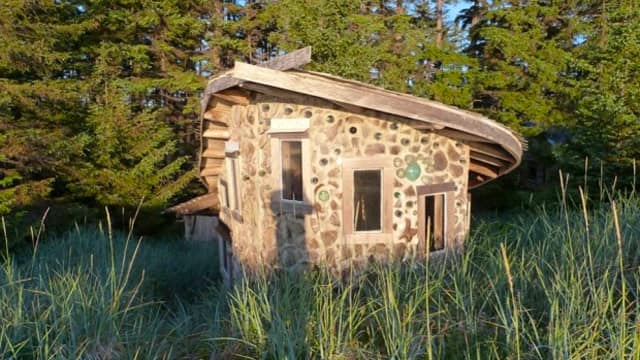 Over 25 years ago, Netonia was living in poverty with three children and needed a home for her family. She built her first debris home out of “what was all around.” The project took a massive amount of work but in the end, she successfully built a 1,500-squre-foot home with some help from her two-year-old.

Netonia (now 70-years-old) maintains a healthy and active lifestyle by building homes, outhouses, gazebos, and walls from whale bones, cedar, glass, driftwood, and anything else she comes across in Haida Gwaii. 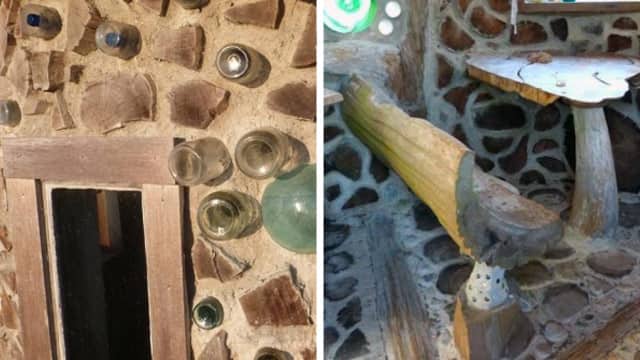 All images by Lloyd Alter (Originally published on CBC News)

Netonia calls her creation “the stackwall” and she’s made over 30 of them! Her unique buildings are made from debris that are built up with mortar for a strong and lasting finish. “I never made anything the same twice, and I never have a plan,” Netonia told CBC Radio West.

She currently lives alone in a stackwall home that is surrounded by small cabins and a wind-protecting wall — all built on her own in hopes of completing a vision.

"I have a dream about making a village...where a whole bunch of people live here with children running free and animals running free. I'm creating that dream."