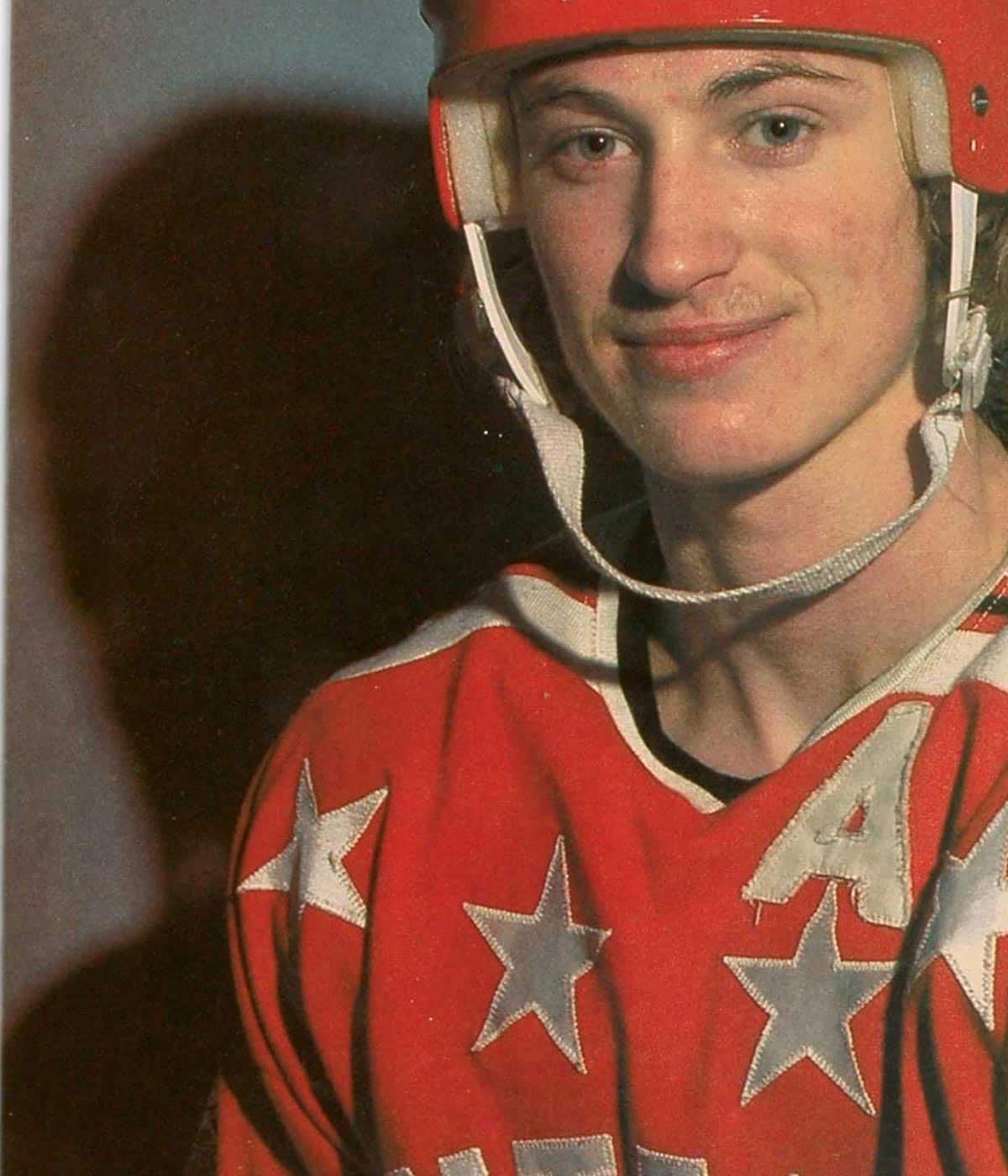 Wayne Gretzky never thought he would make this team

This story was orginally published in 2014, but we are revisiting it for our Sunday Read series this week.

When you ask someone to rewind their memory bank back 37 years, the details may be muddled.

But there was one story Craig Hartsburg could recall vividly about the 1977-78 IIHF world junior championship tournament, held in Montreal.

Hartsburg and his Sault Ste. Marie Greyhounds teammates Wayne Gretzky and Dan Lucas were sitting around the team hotel in Ottawa after a mid-December game against Bobby Smith and the 67’s. In the morning, the Greyhounds and Smith were to travel to Montreal for the Canadian junior selection camp.

A 16-year-old Gretzky remarked to his teammates that he didn’t have a chance to make the team and that the only reason he was invited was because he was one of the top scorers in the Ontario loop.

“That was how humble he was."

Steve Tambellini, who wound up being Gretzky’s roommate that month, remembered a similar story when the tryouts began.

“Wayne came up to me and introduced himself,” Tambellini said. “He said, ‘I’m Wayne Gretzky.’ I said, ‘I know.’

“He then said, ‘you guys are going to have a great team’ and he went on to list all the centres. I told him that he’d likely make the team, too, and then he said, ‘No, no. I’m just here for the experience.’”

Well, what an experience it turned out to be, not only for Gretzky, but his Canadian junior teammates, the coaching staff and the sparse crowds that turned out to watch that world junior event.

A young Wayne Gretzky is interviewed about his play during the 1978 world junior tournament.

Sergei Makarov, Slava Fetisov and the Soviet Union wound up celebrating at the Montreal Forum. But this was Gretzky’s coming-out party. He captivated the crowd. He dazzled his older teammates.

This was supposed to be a showcase for the 19 year olds. Back then, it was their draft year. But Gretzky stole the show. He won MVP honours with a tournament-leading eight goals and 17 points in six games, playing on a line with Tony McKegney and Wayne Babych.

Tambellini stated that Gretzky wasn’t named player of the game for every match, but he should have been.

“I think he was almost embarrassed by how much attention he was getting,” added Tim Bernhardt, who shared the Canadian goaltending duties with Al Jensen.

In conversations with people involved, it seems that Gretzky was almost overlooked for the tryout camp that December. An injury to Brandon stud centreman Bill Derlago opened the door. Derlago suffered torn knee ligaments in a Wheat Kings exhibition game against a touring Moscow Selects club earlier that month.

The world junior tournament was only four years old before the top teenaged talent assembled in Montreal in December 1977. In the previous tournaments, Canada sent the defending Memorial Cup champions, plus a few Christmas-time pickups.

The IIHF made the under-20 championship an official event in 1977 and Canada wanted to win for the first time at home. The Canadians were trying to end the Soviets four-year run at the top.

McLean was the hot coach in junior hockey back then. He steered the New Westminster Bruins to back-to-back Memorial Cup titles in 1976-77 and 1977-78.

In the summer of 1977, McLean and Co. invited 43 hopefuls to a camp in Orillia, Ont. It was at the same location where Bobby Orr's and Mike Walton's "Orr-Walton" hockey camp was held -- on a small rink that was used as a curling facility in the summer.

Gretzky was not part of that initial group.

In December of 1977, a list of 32 players were invited to tryout. Some of the notables trimmed after the exhibition games against Finland, Czechoslovakia, Sweden and the Soviet Union were Tim Higgins, Don Maloney and Joel Quenneville. Gretzky had four goals and eight points in those four games.

“It was a difficult tournament to get organized,” said Murray Costello, who the next year would become the president of the Canadian Amateur Hockey Association, the governing body now called Hockey Canada.

“They did the Canadian thing back then and brought in a coach from each of the three leagues. But they had three different personalities. I think we learned an awful lot about what not to do. It was very experimental. They did okay, but the talent that team had is something else in retrospect.”

In 1979, 1980 and 1981, Canada went back to employing the Memorial Cup-winning club as the representative at the world junior tournament, but for the 1982 championship, the world junior program was born and Canada won its first of 15 gold medals.

“Back then it was a new concept,” Bernhardt said. “This was the first time they had ever assembled a bunch of all stars and picked a team.

“The world junior was at a whole different level back then. There were only 2,000 or 3,000 fans for some of games, but mostly the building was half full. CTV broadcast that tournament, but not all of our games were on TV. There probably wasn’t a quarter of the pressure there is now. It was such an under-the-radar event.

“There was no internet. The Western guys didn’t know much about the Eastern and Quebec leagues and vice-versa. Ernie McLean’s record spoke for itself, but I’m not sure he was used to coaching all that talent and getting us to mix in the right way.”

Canada skated through the preliminary round of the 1977-78 tournament with convincing 6-3, 8-0 and 9-3 victories over the United States, West Germany and Czechoslovakia, respectively.

Canada jumped out to a 2-0 lead in the first period, but were tied 2-2 after two periods. The Soviets scored the game-winner on Jensen midway through the final frame before a crowd of 6,780 at Quebec City.

Three nights later, Canada wasn’t particularly sharp but managed to score four times in the third period for a 6-3 come-from-behind win over Czechoslovakia.

The Canadians needed to beat Sweden to advance to the final. The Swedes, led by Mats Naslund and goalie Pelle Lindbergh, were the only team to beat the Soviets in the preliminary round, but the Soviet Union bounced back to beat Sweden 5-0 on the same night as Canada’s comeback victory against the Czechs.

Against Sweden, Canada again jumped out to a 2-0 lead in the first period, only to see the Swedes score four times in the second period to take a 4-2 advantage into the final 20 minutes.

Canada tied the game at 4-4, but then allowed a go-ahead power-play goal from Sweden midway through the third period and another Sweden goal a few shifts later. Ryan Walter scored with 15 seconds remaining to make it a one-goal loss for Canada.

Canada had been disciplined until that final game and its penalty-killing unit hadn’t been tested. The Canadians surrendered four power-play goals to their opponents.

“There were a lot of good players on our team,” Hartsburg said. “We felt we had a good chance of winning. Unfortunately, we didn’t win. It was a new experience for junior kids at that time. We didn’t know what we were getting into and what to expect.

“We were disappointed we didn’t win. But looking back, it was a great experience. If there was anything, we felt the Russians were the best team, the team to beat. Maybe, and I say maybe, we looked past Sweden.”

McLean believed that Canada just wasn’t as sharp after the loss to the Soviets. He felt his kids lost their confidence. He also questioned the Soviet official in the game against Sweden.

Still, what a collection of talent. Fifteen players from that Canadian team played more than 500 NHL games. Seven hit the 1,000-game milestone.

'Don't know how we didn't win'

Many are still in the game. Bernhardt, now director of amateur scouting with Phoenix Coyotes, has been a top scout in the game for two decades. Hartsburg, now an assistant coach with the Columbus Blue Jackets, won back-to-back world junior titles for Canada in 2007 and 2008 as the head coach. Tambellini was the Edmonton Oilers GM and won gold as an executive with Canada at the 2002 Olympics, 2003 world championships and 2004 World Cup of Hockey. This holiday season he will be the general manager for Canada at the Spengler Cup.

“When I look at that lineup and look at the careers most of that team had, and then put Wayne Gretzky in there, I don’t know how we didn’t win,” Tambellini said. “It was a quick tournament. At times we were dominant and it felt like we would never lose. But we didn’t [win]. Yet, I still look back on that time with fond memories.”

The bronze-medal winning 1978 Canadian junior team was the first time the country fielded an all-star team at this event. It may have been the most talented in terms of future NHL success.

Below are the NHL game totals (regular and postseason combined) for each player: