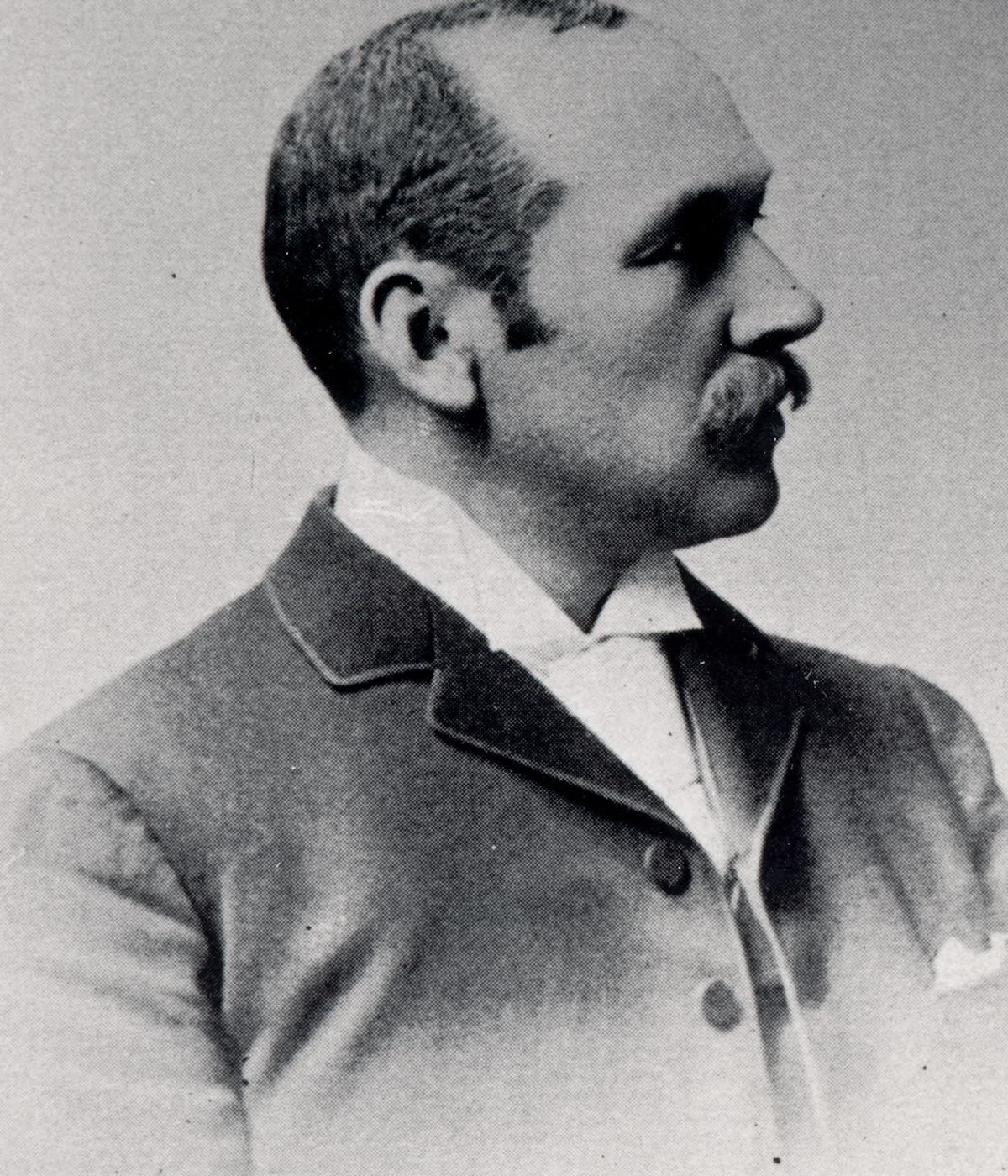 The Olympic Games are fickle about minting heroes.

Ten thousand competitors show up and dazzle us for 16 glorious days, but only an extra special few become lasting legends in the eyes of the world.

This is a sports story about an Olympic athlete who deserves to be a household name, a history-making man whose exploits were the toast of a nation, but who quietly faded from the public gaze. And this is a mystery story about the disappearance of the one and only gold medal awarded for Olympic golf. But mostly, this is a Canadian story about a larger-than-life home boy, George Seymour Lyon.

Who is the reigning champion of Olympic golf?

For 112 years, from 1904 to 2016, that fiendish trivia question had only one correct answer: Canada’s own George S. Lyon. But that surprising little factoid tows in its wake a boatload of simply amazing details.

Before even considering Lyon’s athletic feats, his backstory gives a strong sense of what a one-off the guy was. For this, we are indebted to the research of Michael Cochrane, whose book Olympic Lyon is the definitive bio.

George Lyon, the grandfather to our Lyon, fought alongside Lord Wellington against Napoleon. He came to Canada in 1812 and founded the town of Richmond, outside of Ottawa. George Lyon senior settled down and got busy having a huge family. The siblings all seemed to find their own way into Canadian history books. One of them became mayor of Ottawa in 1867, the year of confederation. Another was the last person to fight a duel in Canada. (He lost, and was buried where it happened, in Perth, Ont). Lyon was born in Richmond (near Ottawa) on July 27, 1858. Even before he gained fame for sporting excellence, he too had a small role in Canadian history. As a soldier in the Queen’s Own Rifles, Lyon fought Louis Riel’s Northwest Rebellion in 1885.

By the time Lyon was a teenager, his physical gifts had earned him wide renown. Lyon was a powerful, barrel-chested, self-taught  all-rounder. Hockey was a passion. So was curling. And football. And baseball. At 19, he set records in pole vaulting. But the thing he loved most of all was cricket. He was mad for cricket. After his military service, he settled down in Toronto, got into the insurance business, married the Irish woman who was the love of his life, had five children, and kept playing cricket.

“He was playing cricket, as usual, beside Rosedale golf course, and a friend of his at the course called over the fence … he said  ‘come on over! I think you’ll like it!’ So George hopped the fence. Went over and put on a glove, got a stick and ball, and that was the beginning of golf. He never looked back.”

The year was 1896. He was 38. Within 18 months of swinging a golf club for the very first time, Lyon was the Canadian amateur champion. Eighteen years later, he would still be the amateur champ, having held that title for 12 of the ensuing years.

Lyon loved the game of Golf. Loved it. In 1900, golf was played in the Olympics for the first time - sort of. It wasn’t officially an Olympic sport. No medals or awards were handed out. Many of the dozen players who showed up in Paris were actually surprised to learn, after the fact, that their rounds were considered part of the Olympics. It sounds, in hindsight, like the golf competition in Paris was almost coincidentally held at the same time the Olympic Games were underway.

The year 1904 rolled around. Lyon, insurance man, family man, and soon to be 46-year-old golf nut, read in a magazine that the St. Louis Olympic Games organizers were sending an open invitation to golfers around the world to take part in the first fully official Olympic golf tournament, with medals and trophies and the whole nine yards. Lyon, along with his golf buddy and cofounder of Lambton golf course in Toronto, Albert Austin, sent off his RSVP, and hopped a train to Missouri.

The Olympic golf tournament of 1904 was no place for milquetoasts. Instead of the relatively gentle modern competition, in which players tackle 72 holes over four days, this was a gruelling week of playing dawn to dusk, every day.

On Monday Sept. 19 1904, Lyon entered a one-day, 36-hole qualifying match. When the sun went down that evening, 32 players had made the Olympic cut, and earned the right to compete for the medals: 31 Americans and Lyon.

The tournament began in earnest the next morning. All that blustery week, the Olympic contenders fought their way through 36 long daily holes of golf. If they kept winning, they kept playing. Lyon kept winning. By Saturday, Sept. 24, the field had been reduced to just two undefeated competitors. Lyon and a young American man named Chandler Egan. As the day dawned, and the two golfers warmed up, they knew that one of them was going home that night with the gold medal.

Egan was the 1904 U.S. Amateur champion. He was the Jordan Spieth of his day. A slender 20-year-old Harvard grad, Egan was a classically trained golfer, with a textbook swing. The contrast with Lyon could not have been more stark: Lyon was more than double Egan’s age, he was a mostly self-taught athlete, with a powerful, but by all accounts very unorthodox swing.

The pair shook hands, and prepared to tee off. After a week of cold, wind and rain, the weather suddenly took a turn for the much worse. They hit their opening drives just as a mid-west version of a typhoon blew through St Louis. Torrents of rain lashed down on them. Mud and puddles were everywhere. Umbrellas turned inside out and skittered across the course like crows with broken wings. The hundreds of fans who slopped over from the World’s Fair (the reason we still say “Meet me in St Louis!”) traipsed alongside the two, ankle-deep in Missouri mud.

By lunchtime that day, Lyon and Egan had slashed their way through the first 18 holes. Lyon was one up on Egan. The two stopped to eat and change into dry woolens. They teed off for the final 18, which were closely fought for the ensuing 14 holes. With four holes to go, Lyon was still only one up on Egan, but at that point, a curious thing happened. The American, with his pure stroke and impeccable training, started to try to duplicate Lyon’s potent, but idiosyncratic setup. Lyon would unleash his odd bearlike swing, crush a tee shot, and send the ball booming down the middle of the fairway. Rather than respond with the accurate, but less powerful drive that had served him so well to that point, Egan tried to match Lyon for yardage. It was a doomed strategy.

Egan found hazards, water and rough, time after time. Lyon stuck to his game, Egan abandoned his. By the end of the match, it wasn’t even close. Canadian Lyon won the remaining holes and the first Olympic gold medal for golf.

And that would be the happy end of the story, if Lyon was a regular guy. There would be a proud Canadian footnote in the golf statistics books, but little more to mull over about the proceedings on that soggy day in 1904. Except Lyon was not a regular guy. As we have heard already, he was a remarkable athlete. So, having just finished a week of playing something like 200 holes of golf in the rain, when the dignitaries in the clubhouse called Lyon up for the Olympic medal ceremony, they were greeted with a voice from the back of the room, lustily singing "My Wild Irish Rose" which was Lyon’s pet song for his cherished Irish wife back in Toronto.

And the booming baritone voice was coming from close to the floor, because as the crowd parted, it became apparent that the 46-year-old was collecting his trophy and gold medal by walking on his hands up to the podium, singing about his beloved bride back home.

Retelling the story, Lyon’s great grandson, Ross Wigle, throws in a footnote to cement his admiration   “…and by the way, on top of that, he was diabetic, and he was doing all these incredible physical feats in the days before insulin!”

From time Lyon got off that train in Toronto, all traces of the gold medal vanished. (Photo courtesy Golf Canada)

George Lyon himself said, “I finally won by three up and two to play, and thus came into possession of one of the finest — if not the finest — trophies ever given in a golf tournament; I also got a very pretty gold medal.”

So now, armed with his fine trophy and his very pretty Olympic gold medal for golf, George Lyon got back aboard the train and shuffled off to Toronto for a hero’s welcome at Union Station. Crowds cheered, George hoisted the trophy and showed off the gold medal. The big trophy cup itself became a much beloved family heirloom. It took place of pride in the Lyon home. Mary Lou Morgan, his granddaughter, is the last survivor of the Lyon grandkids. She says that George used to make a game of putting the grandchildren in the Olympic trophy when they were babies, to show how teeny-tiny they were, and also how big his proudest trophy actually was.

But the gold medal? The only Olympic gold medal ever minted or awarded for golf? Vanished! From the moment George Lyon got off that train in Toronto, all traces of the gold medal have simply disappeared. No one ever reported seeing it again after George got back to Canada. A senior editor of the U.S. magazine Golf Digest declared that if it could ever be found, the medal would be the single most valuable piece of golf memorabilia in history.

Did George Lyon quietly give his gold medal away to someone? Was it stolen? Will it turn up in a dusty box in a Rosedale garage sale one day? Theories abound. Actual clues or evidence, there seem to be none. Mary Lou, a keen golfer herself, remembers her granddad clearly. She says his generosity and kindness were boundless, and apparently back then it was not completely unheard of for Olympians to give away their medals, but even that would likely have become a family story that someone would have remembered. So the medal is still missing and the hunt continues, but it is an undeniably deep mystery to this day.

Golf returns to the Olympic Games now, 112 years later. That there can never be another first gold medal for golf is not lost on Mary Lou, but she is also quick to add, “there will never be another man who walks on his hands and sings My Wild Irish Rose either!”

He was still working on his game when he died on May 11, 1938. Lyon is now buried among the rolling greenery of Mount Pleasant Cemetery.