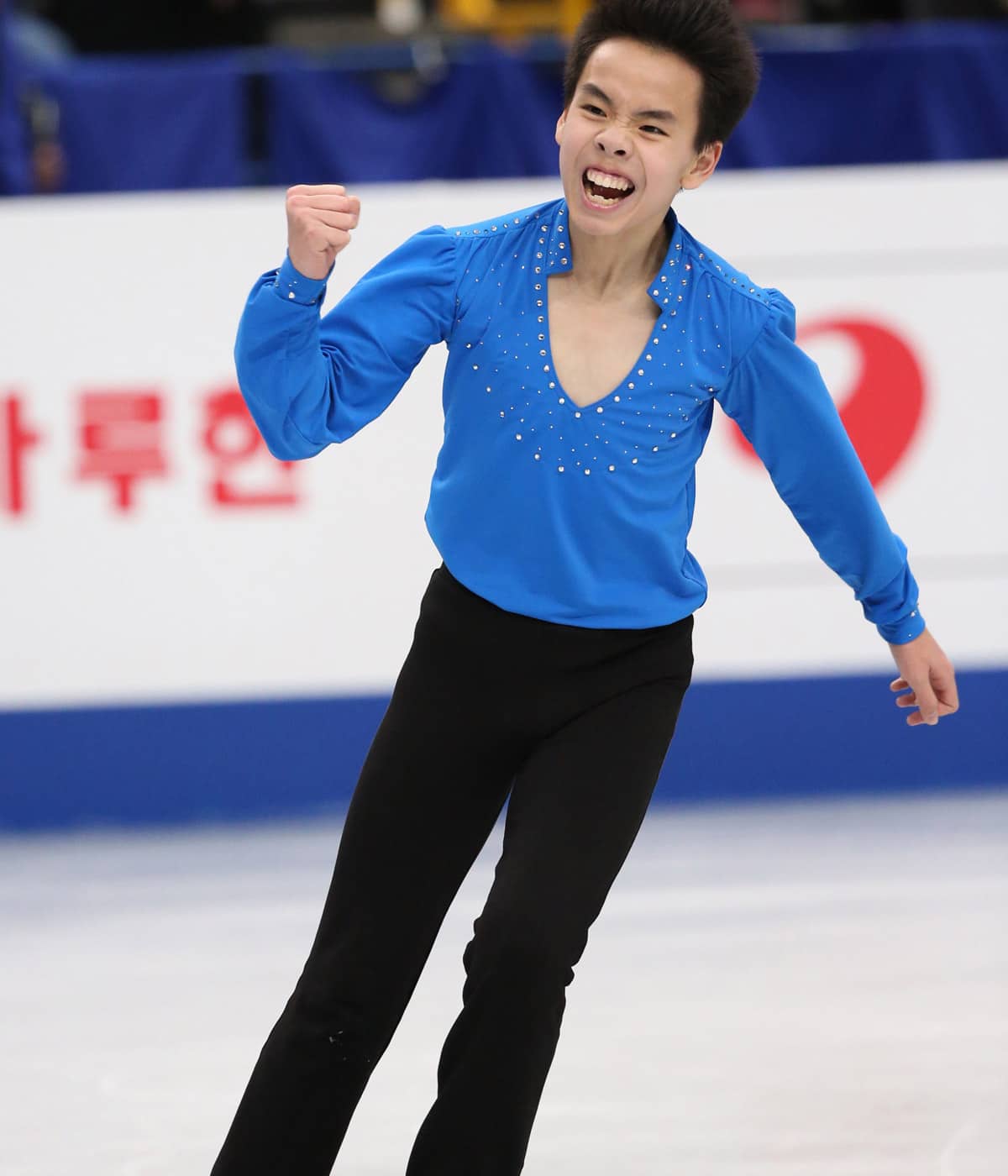 An 11-year-old Nam Nguyen showed off some style when he skated at the 2010 Vancouver Olympic gala.

All eyes are on Nam Nguyen this season.

His smile is infectious. His energy and enthusiasm are inspiring. And his skating -- just keeps getting better.

This is 16-year-old Nam Nguyen.

You might remember him from the Vancouver 2010 Olympic Figure Skating Gala.

He was only 11 years old but already a star. As the men’s Olympic champion Evan Lysacek introduced him to a full house at the Pacific Coliseum, Nam was already getting into character: a goofy kid wearing big red clown glasses. He fell on his first jump, got up quickly and the show went on, flawlessly to the end.

Move ahead a couple of years, and he was competing on the world stage.

Nam was 13th at the 2012 junior worlds and landed his first ever triple axel in competition at the event.

Nam Nguyen made an impressive world debut at the junior worlds in 2012, placing 13th overall.

In 2014, Nam landed two triple axels in his free program to become the 2014 world junior champion. A short two weeks later he was skating at the senior worlds in Saitama, Japan where he finished 12th.

Nam, whose heritage is Vietnamese, was born in Ottawa, but moved to Vancouver at the age of one. He started out playing hockey and his parents put him into figure skating lessons to help improve his skating. He was instantly transfixed by the  spins and jumps of the other skaters.

Nam remembers, “At first I really didn’t like it cause there was just toe picks and I tripped on the ice and I was crying a lot. I gave it a chance and progressed really fast and told my parents I would like to do figure skating because I like to jump and spin rather than chase the puck around.”

And so, his love of figure skating began.

His family moved from B.C. to Ontario in 2012 so Nam could train with Brian Orser, who has mentored world champions Yu Na Kim and Yuzuru Hanyu.

“Last season was fantastic,” Orser says. "Going to the senior worlds opened his eyes and it fits him better than the junior circuit. So he’s poised really well for the season.”

“He’s had a bit of a growth spurt,” Buttle says. “So now is the right time to push him. Tthere’s a lot of potential there."

For Nam, getting a quad or two into his program is a priority. He’s been working on the quad Salchow and a quad Lutz in training all summer.

It’s good for Nam to get caught up thinking about the quad, Orser claims.

“With social media now, his teammates are posting video on line. They’re sharing it with each other on Instagram or Twitter. The quad has been on our radar and he’s been working on it and he’s taken ownership of it. And I’m there to help him with the technical stuff.”

He finished second in the competition.

“Brian told me it’s just one jump and you have the rest of the program to think about. So, if you do it, great! But if you don’t, that’s OK too. Just keep going.

Nam is set for the Grand Prix Season that starts in Chicago at Skate America followed by Cup of China in Shanghai.

Success at this level requires immense talent, and often a touch of luck.

That’s why many skaters are superstitious and take special items with them on the road. ”I have this band that my little sister made for me," Nam says, looking at his wrist. "And for every competition that I go to, I have a different one. So, I guess I could say that is my lucky charm.”

It will be interesting to see how far that lucky charm takes him this season.