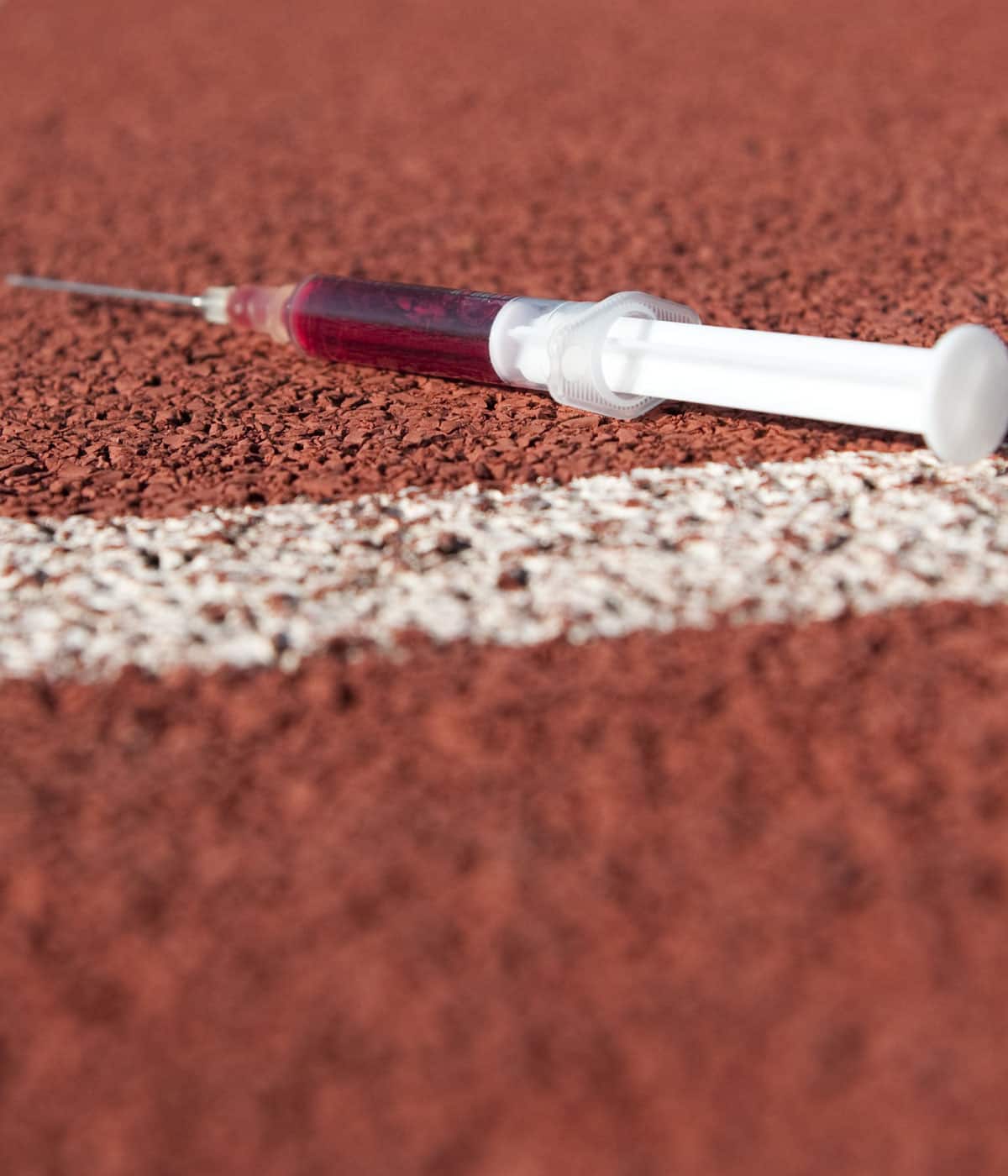 Doping track and field athletes are just built for the guilt

Former Canadian 100m star Anson Henry didn’t have the will to take PEDs. But he understands why someone would.

The Pan Am Games in Toronto brought back a lot of memories for me. It reminded me of competing at the Games in Santo Domingo, Dominican Republic, in 2003. I didn't have the best season that year as it was my first year running professionally, but I still made the finals of the 100 metres.

It wasn't the world championships or Olympics, but with the Americans and all of the Caribbean islands involved, it was still a very competitive field.

I finished fourth, by a mere four one-hundredths of a second, just outside of the medals. Considering what I had overcome that season, I couldn't be too upset, but it would have been great to step on the podium.

A couple months later the story took a strange twist.

I received a phone call from Athletics Canada. The voice on the other end told me that the winner of the 100m at the Pan Am Games had tested positive for a banned substance, and would have his gold medal stripped.

"Congratulations, Anson,” I heard. “You are now a bronze medallist."

“This is crazy,” I remember feeling. I was happy about it at first, but when the medal came in the mail, something wasn't right. I reached down into the brown envelope, neatly insulated with bubble wrap, and pulled out the medal.

I just looked at it.

I wasn’t in Santo Domingo anymore – I was in Toronto at my parents’ house. I wasn’t having the medal presented to me – it came in the mailbox. The medal isn't being put around my neck in front of thousands of people in a packed stadium and those watching around the world. I'm putting the medal around my own neck in front of a mirror in the bathroom. The moment had passed. You would think I would be mad at the guy who took that away from me.

Some people think sprinting is nothing more than a fleeting pastime. All we do is run for 10 seconds, and that’s it. But the amount of stress we put our bodies through just to be able to handle the rigorous demands on our muscles is beyond what the average person could ever fathom. And even with all of that work, most sprinters don’t break the 10-second barrier or get close to it. Without doing that, the window for making some money is ultimately shut.

Staying in the 10.0 range is a necessity to be able to make a living sufficient enough to live a normal life. With the world’s best getting even faster, it’s come to the point where breaking 10 seconds isn’t necessarily being recognized as exceptional anymore.

I was asked about my experience at the Olympics and my goals. I said I wanted to win gold in 2008. A lofty goal, but it was still genuine. One of the corporate guys then blurted out, “You know what, I’m going to go out on a whim here. If Anson wins the Olympics, I’m going to give him $50. Go ahead, remember I said this.”

It opened my eyes to how a lot of people view the sport. People don’t care unless you’re winning at the highest level – plain and simple.

I was pretty dominant throughout the greater portions of my high school and college track career, and at some points nationally. There is a feeling that is difficult to explain when you are just way faster than everyone else. It’s a feeling that athletes always want. It’s majestic, almost regal.

On an International level, I won some races, but I was at a level just under the cream of the crop. I can only imagine what it feels like to be one of the dominant sprinters in the world. Beating opponents all over the world and being appreciated worldwide in a sport where many go unnoticed. How could someone not want that?  Everything we do on the track is because we dream of one day having that feeling.

It comes down to how badly people want it. There are physical limits for all bodies. It doesn’t matter how disciplined you are, your body can only take so much until the extra work actually makes you slower because you can’t recover or your body breaks down, or you constantly get injured. So when you’ve done all that your body can bear and still can’t get to the level that you want to be, do you just stop running?

Jamaican sprinter Asafa Powell is a former world record holder in the 100m, but he served a doping suspension in 2014. (Andy Lyons/Getty Images)

I was never able to bring myself up to try taking performance enhancers because I’m just not built that way – cheating would play on my conscience. I would never be able to handle the guilt, or risk the embarrassment to my family and friends if I were ever to get caught. Because of that, I am actually fascinated by people who have crossed the line.

They have so much passion for winning they would do whatever it takes to be the best. Technically, their desire is greater than mine.

I’m in the corporate world now, so I have an understanding of the fact that you don’t always get praise for what you do. But I don’t think anybody can say that they would be okay going to work everyday not just lacking recognition, but actually being looked down upon. So you are then left with a choice: live miserably or do whatever you have to do to make life bearable.

Some look at taking performance enhancers as just plain old cheating. Some look at it as doing what is necessary. I wouldn’t be able to do it, but I understand why they do.

Some people may actually look at taking PED’s as protecting an investment. Athletes themselves are like a business. There are constant investments of money, health and time. The return on the investment isn’t always the greatest, and ultimately some athletes go out of business. But if you’re investing everything into a business, you have to protect it. To some athletes, drugs give that security.

The biggest misconception of drugs within track is that people think you take them and you just become faster. That’s not the case. What it actually does is allow you to recover fast enough to be able to continue to train at a high level. You train more, which allows you to become better and better. And on top of that you can avoid injury, along with coming back from an injury a lot quicker if it does happen.

A poll in Sports Illustrated asked the question, “Would you rather see a world record in the time of 9.65 (which isn’t even the world record anymore) by a guy that you knew was juicing, or would you rather see a guy run 10.20 knowing he’s completely clean?”  Seventy per cent said they would rather see the world record. I’m not saying if you’re clean you can only run 10.2 seconds; that’s ludicrous. But the bottom line is that people want to see fast times. And they don’t seem to care if you take drugs to do it.

There are coaches, athletes and doctors who truly believe that the only way to consistently run very fast is to take drugs. Victor Conte has said on numerous occasions, “It’s a level playing field. It’s just not the one everyone thinks it is.”

It’s a rough and unforgiving sport, and this is why PEDs will always exist within it. I can’t help but to sympathize. A lot of people tend to use the release of drug scandals as an opportunity to be self-righteous and point fingers.

Some athletes will never do drugs, and they may not become as good as they can possibly be. But at least they can live their lives with a clear mind knowing they played within the rules. Is that a fair trade off as opposed to experiencing the glory?

That’s why you’re always going to have the athletes that will do whatever it takes to take a run at greatness. They don’t have a conscience about it because they believe Conte’s words – that most others are doing it – and they want to win so badly. I personally can’t fault them for that.

Some people have to win, and will do it by any means. Some people are just built for the guilt.