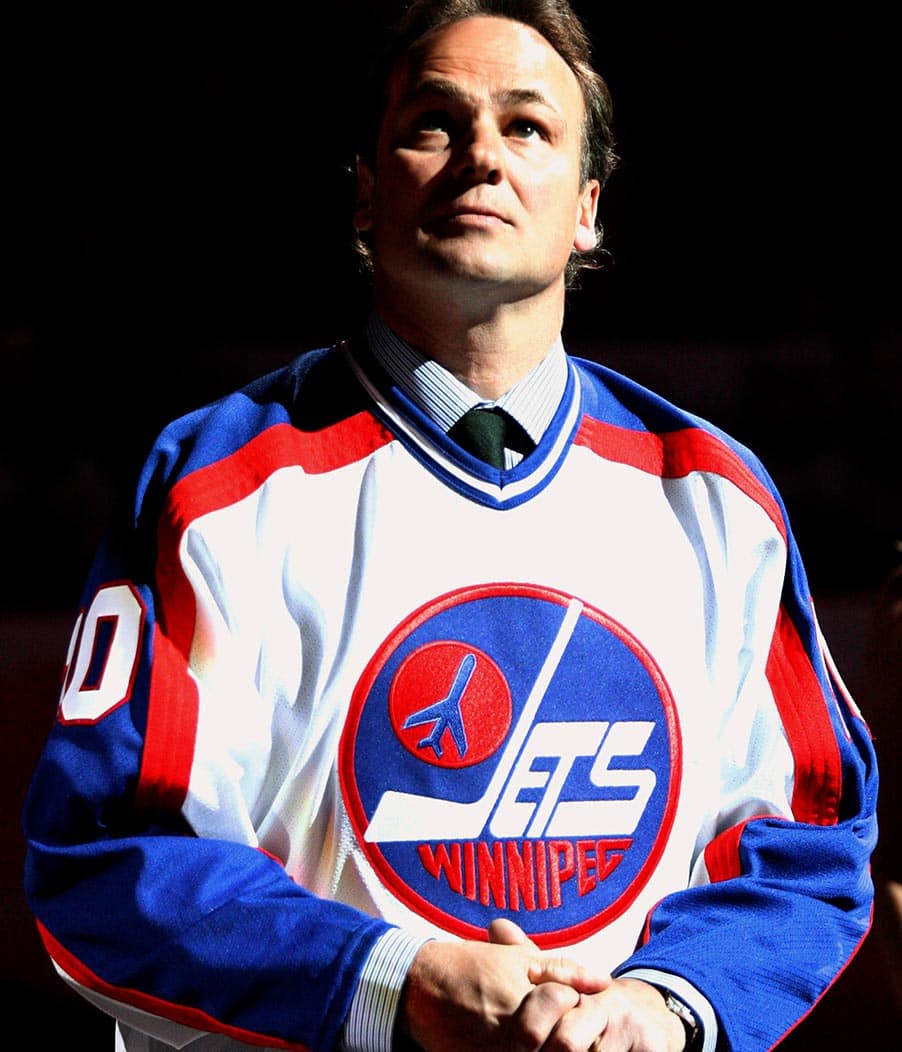 Dale Hawerchuk: Destined to be the next great NHL coach?

The Hall of Famer hates being behind the bench. He also loves it.

He’s behind the bench of the Barrie Colts, a middling junior club in the OHL.

It’s one of his least favourite places, when, like earlier this season at the Barrie Molson Centre, his team fell behind 3-1 midway through the second period to one of the league’s lowly outfits, the Sudbury Wolves.

It’s one of his favourite places, when, in the same game, the Colts rebounded to outshoot their opponents 16-5 in the third period and overtime to score a 4-3 victory.

“I learned as a player that you are going to go through ups and downs not only during a season, but in a practice and certainly in a game,” the 51-year-old Hawerchuk said. “You have to stay positive. You have to stay confident in the process. You have to have a feel for your club and what you’re doing is the right thing.”

After the Oshawa-raised centre helped the Cornwall Royals win back-to-back Memorial Cup championships, the Jets selected Hawerchuk first overall in the 1981 NHL entry draft at the Montreal Forum. He made an immediate impact in Winnipeg and won the Calder Trophy as the league’s top rookie player and became the first NHLer to play in his 1,000th career game before his 31st birthday.

Hawerchuk helped Canada win the 1987 and 1991 Canada Cups. He won the face-off in his own end that led to Mario Lemieux’s famous title-clinching 6-5 goal in a game that previously saw Hawerchuk set up Brent Sutter for Canada’s fourth goal and saw Hawerchuk poke in his team’s fifth marker.

A hip ailment slowed down Hawerchuk later in his career, but in his final year he managed to get the Flyers to the 1997 Stanley Cup final. After his final game, on June 5, 1997, he retired and was inducted into the Hockey Hall of Fame four years later.

After his playing days, the only matters on his mind were to spend time with his wife Crystal and their children Eric, Alexis and Ben grooming show-jumping horses on the family farm near Orangeville, Ont.

But eight years ago, and more than nine seasons since he played his last NHL game, a friend called with an opportunity for Hawerchuk to jump back into hockey as part of the ownership group of the Tier II junior Orangeville Crushers.

“Coaching was the last thing from my mind when I finished playing,” he said. “I love sports. I love playing all types of sports. I still followed sports, but I was content working on the horse farm.

“But I guess the game was still running through my blood.”

The Crushers had struggled. Hawerchuk felt bad. He had helped recruit most of the roster. He felt the time was right for him to step behind the bench in 2007.

The next year, the Crushers scored a massive second-round upset over the top-seeded Couchiching Terriers in seven games. It was only natural that Hawerchuk take the next step, so in June 2010 he accepted an invitation from Barrie owner Howie Campbell to coach the Colts.

Among the players Dale Hawerchuk coaches in Barrie is his son Ben.

Not many Hockey Hall of Famers transition into a successful NHL head coach. Jacques Lemaire and Larry Robinson steered the New Jersey Devils to Stanley Cup championships in 1995 and 2000, respectively. But Wayne Gretzky couldn’t guide the Phoenix Coyotes to a playoff berth in his four years as a NHL coach.

Most of the league-title winning head coaches in these days are career coaches (Mike Babcock), ex-fringe players (Peter Laviolette, Dan Bylsma and Claude Julien) or dependable NHLers like Darryl Sutter and Joel Quenneville.

An exception has been Randy Carlyle. He won the 1980-81 Norris Trophy, starred alongside Hawerchuk in Winnipeg for seven seasons and then led Anaheim to a championship seven years ago.

Then there is Patrick Roy. After eight years in junior Roy is finding his way with the Colorado Avalanche.

“It’s difficult to go from being a player to behind the bench,” said Scotty Bowman, who coached both Lemaire and Robinson in Montreal. “I think it helped Patrick and Dale immensely to go back to junior. The ones who want to go somewhere must do something like that, go back to junior or the AHL.

But for a wannabe head coach, returning to junior has proven to be a way to go. Bowman recalled a conversation he had with Terry Crisp after he was fired as an assistant coach with the Flyers in 1979.

Crisp asked Bowman if he thought it was a good idea to take a head coaching job with the Sault Ste. Marie Greyhounds. Bowman said it would be difficult, but necessary to take the next step.

After five years with the Greyhounds and a championship in his final season in 1984-85, Crisp was promoted to the AHL and then won a Stanley Cup with the Calgary Flames in 1988-89.

Hawerchuk is in his fifth season with the Colts. In his first year, his team unexpectedly lost two key 19 year olds in Kyle Clifford and Alex Burmistrov, and also overager Alex Hutchings, to the pro ranks. The Colts won only 15 games and finished last.

But Hawerchuk’s spirit wasn’t broken. The organization knew it was time to rebuild and two years later found itself in the league final.

“I really liked playing for Dale,” said one of his former players, Tanner Pearson, who won a Stanley Cup in Los Angeles last spring. “You had to respect the respect he had for the game. He definitely coaches with the competitiveness as when he played.

“He also thinks the game at such a high level that he goes sometimes with his gut and it works out. And for an offensive player he's able to teach you a bunch of little skills which can help.”

“You’re proud and you’re happy for them,” Hawerchuk said. “They’ve put the work in. I don’t worry about them.”

These days, Hawerchuk worries about his inconsistent Colts team and a rookie who wears No. 16, his 16-year-old son Ben. Hawerchuk’s father, Ed, never coached Dale when he was younger. “Unless you count in the car,” Hawerchuk joked. This season has been a new experience for Colts bench boss.

“It’s like I thought it would be,” he said. “They are all like my sons. They’re my junior hockey sons. He’s blood, but he’s still one of the 23 players I have.

“I’m probably harder on him than the most. You tell players something over and over. You point things out on video. Then when you see it happen in a game, you shake your head. I have to catch myself sometimes when it comes to Ben.

“As a head coach you have to understand that not only every player is different, but that mistakes are going to be made and that it’s a process.”

This is something he learned from all of his coaches, from Doug Carpenter in junior to his NHL coaches Tom Watt, Barry Long, Dan Maloney, Bob Murdoch, Rick Dudley, John Muckler, Mike Keenan and Terry Murray.
“I’ve tried to take something from everyone,” Hawerchuk said. “When you hit junior, your coach starts to influence you so much.”

Will we see Hawerchuk behind a NHL bench soon? NHL scouts and management have taken notice.

A couple years ago, there was conjecture that when the Winnipeg Jets -- who have another Hawerchuk protégé in the lineup in Mark Scheifele -- hit a rough patch, Hawerchuk was being considered as the team’s next coach when the team was struggling.

The speculation was pure gossip. Hawerchuk still has plenty to learn and a son to coach in junior.

“Right now, I’d say no,” Hawerchuk said. “It’s not just because of my son. I would want to [coach in the NHL]. But it will be a family decision. I have to see where all my kids are [Eric and Alexis are accomplished golfers].

“To me, you need all those ducks in a row. Up there, it’s 24/7, 12 months a year. It’s not far off from junior hockey, but we’re more weekend warriors. Sure there is teaching and practices during the week, but the kids have school. You’re not at the rink all day.”