Mikaela Shiffrin won the World Cup super-G title for her 10th career crystal globe, and Dominik Paris secured the men's title by winning the season-ending race at the World Cup Finals on Thursday.

Mikaela Shiffrin won the World Cup super-G title for her 10th career crystal globe, and Dominik Paris secured the men's title by winning the season-ending race at the World Cup Finals on Thursday.

Both skiers won super-G titles at the world championships five weeks ago, but had not won the season-long World Cup prize in the discipline before.

Shiffrin finished fourth in the women's race, which was won by Viktoria Rebensburg of Germany, for her first globe in a speed discipline. She has also won three overall titles and six slalom titles, and is a strong favourite to add the giant slalom season prize on Sunday.

"It's special because I really never thought I could be in this position this season already in super-G," said Shiffrin, who had not won a race in the discipline before this season. 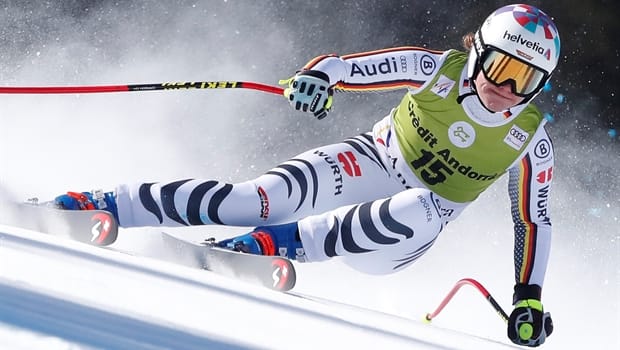 But she triumphed in all three previous World Cup super-Gs she competed in this campaign and praised her speed coaches from the U.S. ski team for helping her.

"The way that everybody came together and made this work was just amazing," Shiffrin said. "We are all so proud and everybody feels some ownership of this."

Shiffrin's title chase got a boost because several races she had not entered were cancelled, most notably last week in Sochi, where two super-Gs were called off because of bad weather.

Shiffrin, who locked up the overall and the slalom titles weeks ago, is the first woman since Tina Maze six years ago to win discipline titles in a technical and a speed event in the same season.

"I've dreamed about someday, maybe, being able to win a globe in super-G but I really wasn't expecting it this season," said Shiffrin, who turned 24 on Wednesday.

Shiffrin started the race with a 36-point lead over Tina Weirather of Liechtenstein, who won the super-G title the last two seasons. Weirather posted the fastest split times but skied out halfway down her run.

Rebensburg beat Tamara Tippler of Austria by 0.15 seconds to win the race, with Federica Brignone of Italy 0.34 behind in third.

Shiffrin shared fourth with Nicole Schmidhofer of Austria, 0.44 behind. Schmidhofer finished runner-up in the standings, trailing the American by 47 points.

"In the start I had no idea how it went with Nici or with Tina, and I knew that it was going to be a battle and everybody would be going for it," Shiffrin said. "The way I have been skiing super-G all season I felt like, I didn't know if it was enough to win but I knew that if I could be aggressive, I really had a good chance for the globe. I had to focus on my skiing and on my tactics. It worked out just enough."

The women used the same course as the one for the men's race though some gates were set differently.

Paris won his second race in as many days after also triumphing in Wednesday's downhill for his 16th career victory and first crystal globe.

He extended his lead in the final standings to 84 points over Vincent Kriechmayr of Austria, ending a seven-year reign by Norway, which swept all super-G titles since 2012. 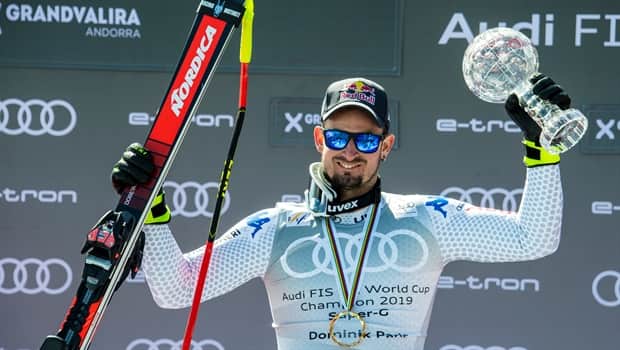 "It's a dream come true. It's a lot of hard work and I pushed always," Paris said. "I was two, three times very close to take this but today it was working. I am so happy."

Paris beat Mauro Caviezel of Switzerland by 0.15 seconds to win the race. Kriechmayr was third, 0.44 behind.

The World Cup Finals continue with the team event on Friday.