Dr. Rachel McKinnon is the first transgender woman to win a world championship after she finished first at the UCI Track Cycling World Championship on Sunday.

A Canadian transgender athlete has become the first to ever win gold at the UCI Masters Track Cycling World Championship.

She tweeted: "First transgender woman world champion...ever*", with a photo of her on the podium flanked by second- and third-place finishers, Carolien Van Herrikhuyzen of the Netherlands and Jennifer Wagner of the U.S.

McKinnon's achievement was lauded by some on social media as even more spectacular because she is forced to suppress her testosterone levels to what she deems "unhealthily low" levels as a pre-requisite for competing.

Others on social media accused the athlete of cheating, claiming her competing is unfair to cisgender women.

Dr. Rachel McKinnon: "This is what happens before the breaking point" 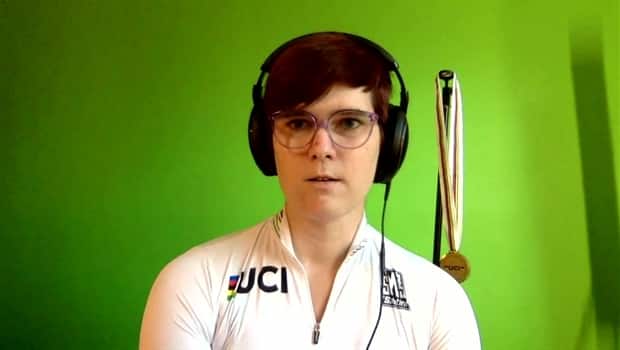 Dr. Rachel McKinnon: "This is what happens before the breaking point"

2 years ago
0:46
Dr. McKinnon gives advice and encouragement to people who feel like they don't fit into sport. 0:46

McKinnon, an assistant professor at the College of Charleston Department of Philosophy who studies transgender issues, posted a lecture she presented entitled, "Including Trans Women Athletes in Sport", in rebuttal to those citing the ethics and fairness of her being allowed to compete.

I'm an internationally recognized expert on the science and ethics of transgender inclusion in sport. <a href="https://t.co/f7vYAM4wDg">https://t.co/f7vYAM4wDg</a><br><br>I go deeply into detail on the most cutting edge research we have, and I focus on the human rights framework established in the Olympic Charter.

In an article in USA Today in January, McKinnon argued her competing is not a question of athletic advantage, but one of human rights.

Dr. Rachel McKinnon: "We have to promote inclusive sport" 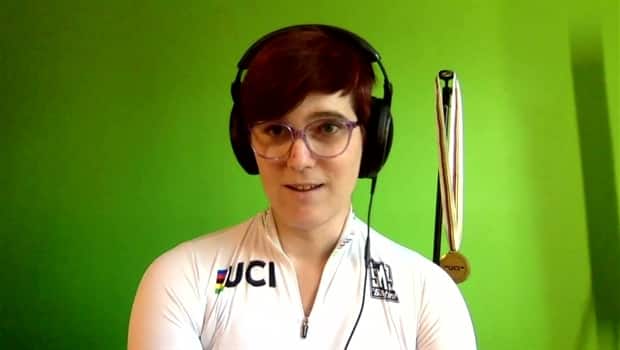 Rachel McKinnon: 'We have to promote inclusive sport'

2 years ago
1:11
Canadian responds to the critics of transgender athletes. 1:11

"We cannot have a woman legally recognized as a trans woman in society, and not be recognized that way in sports," McKinnon was quoted as saying. "Focusing on performance advantage is largely irrelevant because this is a rights issue. We shouldn't be worried about trans people taking over the Olympics. We should be worried about their fairness and human rights instead."

She also runs a YouTube Channel where she posts videos and lectures relating to transgender studies.

Tanya Casole-Gouveia is a social butterfly based in Toronto.