Maple Leaf Sports & Entertainment has started looking for a new chief executive officer, saying current CEO Tim Leiweke will continue in his role until June 30, 2015 or until a successor is appointed. 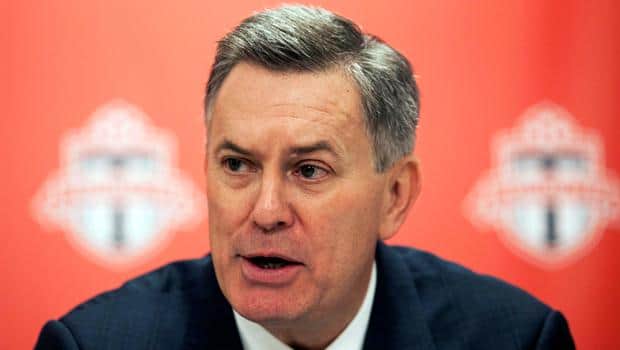 Current CEO Tim Leiweke will continue in his role until June 30, 2015 or until a successor is appointed, MLSE said Thursday in a statement.

"Under Tim's leadership, MLSE has made a number of key moves to strengthen our organization on the path to championship success," said MLSE chairman Larry Tanenbaum. "We look forward to working closely with Tim to build on this foundation and further accelerate our momentum as we seek a new leader for MLSE."

Leiweke, who also serves as MLSE president, joined the company in April of 2013. He plans to pursue his goal of owning and operating his own business following his departure from MLSE.

"It's an honour to lead MLSE, a world-class organization in a city and a country so passionate about sports. But with new opportunities on the horizon, it's time for me to begin the transition from sports and entertainment executive to entrepreneur," Leiweke said. "Right now, my total focus is here at MLSE and I look forward to working with the Board and MLSE team to continue strengthening our franchises while ensuring a smooth transition to a new leader."

Leiweke, who is reportedly under contract for five years, made headlines this week after Hockey Night in Canada's Elliotte Friedman reported Leiweke would soon be leaving the company. MLSE counts the NHL's Maple Leafs, NBA's Raptors and Toronto FC of Major League Soccer among its properties.

During a brief media availability Wednesday, Leiweke said he was focused on the teams' current and upcoming seasons, but did not reveal how long he wanted to stay in his position.

Until a new CEO is found, the company will continue to operate with its current executive management structure.