It's time for the NHL playoffs to truly begin

Today's edition of CBC Sports' daily newsletter, The Buzzer, previews each matchup for the first round of the NHL playoffs. Plus, the 'Buffalo Blue Jays' prepare to debut and it's the four-year anniversary of Penny Oleksiak's Rio gold.

Teeing up the (real) NHL playoffs

The hockey gods maintained some form of order in Monday night's NHL draft lottery, when the New York Rangers — the third-worst team by points percentage to lose in the qualifying round — won the first overall pick. They will likely select QMJHL star Alexis Lafreniere to kick off the draft, tentatively scheduled to begin Oct. 9.

Since the drawing was live, of course it sprung a conspiracy: the Rangers' ping-pong ball was dropped into the machine too early, and appeared to bounce higher than others, meaning it weighed more than others, according to some online theorists.

With that in the rearview mirror, we move on to real playoff hockey: 16 teams, four best-of-seven series to determine a Stanley Cup champion. The action was already underway at our publish time, with four games on today's docket and four more tomorrow.

Let's take a look at the first-round matchups:

No. 2 Tampa Bay Lightning vs. No. 7 Columbus Blue Jackets

The playoffs begin with a spicy rematch from last season, when the underdog Blue Jackets stunningly swept the league-leading Lightning. Columbus went all-in at last year's trade deadline, swapping future pieces for pending free agents. Now, all those additions — plus last year's leading scorer Artemi Panarin — are gone, and the Blue Jackets were supposed to sink back to the bottom of the standings.

But here we are again. Columbus, with its stingy defence headed by coach John Tortorella, ousted the offensively minded Leafs in the qualifiers. Tampa, who plays a similar, though more effective, style went 2-1 in its seeding games but didn't escape unscathed. Captain Steven Stamkos missed all three with a core muscle injury and top defenceman Victor Hedman exited the final round-robin game with an apparent ankle injury, though he was in the lineup for Game 1.

The Flames are in tough against a tight-checking Stars team. In the qualifiers, Calgary received unlikely offence from enforcer Milan Lucic, who posted four points in as many games. Matthew Tkachuk scored his first career playoff goal.

Dallas won just once in its round robin, and could use some unlikely offence of its own after managing just four markers in three games. Defenceman Miro Heiskanen assisted on all of them, but Jamie Benn and Tyler Seguin were held off the scoresheet entirely. For more on the Flames-Stars matchup, read CBC Sports' Vicki Hall's preview.

No. 4 Boston Bruins vs. No. 5 Carolina Hurricanes

The Bruins, who led the NHL by eight points at the shutdown, went oh-fer in the round robin to fall to the fourth seed, where they'll find last year's East final combatant Hurricanes. Boston's bubble offence hasn't got going, though with Rocket Richard co-winner David Pastrnak, plus linemates Patrice Bergeron and Brad Marchand, the B's aren't panicking quite yet.

Carolina, meanwhile, has waited six days since it tidily swept the Rangers out of Toronto. Its miracle playoff run last season was ended abruptly by Boston, who won four straight on an aggregate score of 17-5. But the Hurricanes storm into this series the hotter team, armed with improving young players like Andrei Svechnikov and Sebastian Aho.

No. 1 Vegas Golden Knights vs. No. 8 Chicago

Vegas-Chicago is one of the most uneven matchups on paper. The Golden Knights rolled through the round robin with three wins and 15 goals. Following its dream run to the final during its first year of existence, Vegas lost to the San Jose Sharks in the first round last season after a controversial major penalty call in Game 7. Now, the coach of that Sharks team, Peter DeBoer, leads a Golden Knights squad that's won 14 of 17 games dating back to February.

Chicago was the last team to qualify for the Edmonton bubble, then promptly upended the favoured Oilers in four games to reach the Round of 16. Chicago still has allure: Jonathan Toews, Patrick Kane and Duncan Keith remain from its Cup-winning teams. But the reality is that the team hasn't been beyond the first round since its 2015 title.

No. 3 Washington Capitals vs. No. 6 New York Islanders

Before the Capitals finally won the Cup in 2018, this Islanders team was the exact type of defensive juggernaut that would give Alex Ovechkin and company trouble. Washington, of course, was coached by Barry Trotz in that Cup season — who departed weeks later for New York. The Capitals were stunned by the Hurricanes in the first round last year, but haven't missed a beat in the regular season. Ovechkin tied Pastrnak for the league lead in goals at 47.

The Islanders are built more in the Blue Jackets mould: waves of forechecking forwards, big defencemen and an emphasis on keeping pucks out of the net. They may lack star power, but their system does the work for them — as in last year's first-round sweep against the Penguins. Storylines galore in this Metropolitan division showdown.

No. 2 Colorado Avalanche vs. No. 7 Arizona Coyotes

Colorado's lone round-robin loss came in OT against Vegas, while Arizona took Nashville down in four qualifier games. The Avalanche scored the most pre-pause goals in the West, but now run into a hot goalie in Arizona's Darcy Kuemper. Still, the Avs are heavy favourites against a Coyotes team that was fading out of the playoff picture before the pandemic struck.

No. 1 Philadelphia Flyers vs. No. 8 Montreal Canadiens

The Flyers just snuck into the round robin ahead of the Penguins, the Canadiens barely snuck into the bubble altogether, and both are playing like they have something to prove. The Flyers ripped through three games with the best round-robin goal differential, backstopped by goalie Carter Hart. Yes — the Flyers are solid in net for the first time in forever.

And then there's the Habs, who leaned on a goalie of their own in Carey Price to send Crosby's Penguins packing. Just one week ago, Montreal probably would've picked Philly for its first-round series if given the choice among the four top seeds. It certainly won't be any more afraid of the Flyers than it was the Penguins, but Philadelphia has shown that it's for real too. Read more about the Habs-Flyers series here.

The reigning champions sputtered in the round robin, and fell from the West's top seed down to fourth. For their struggles they'll get a matchup with the young Canucks whose Quinn Hughes-led offence helped send the Minnesota Wild packing. But St. Louis will be a whole different beast.

This is the classic example of the grizzled, experienced team taking on the young upstart. The Blues know how to win in the playoffs. And let's be honest: those seeding games weren't exactly played at playoff pace. The Canucks got their feet wet, and the lack of a crowd helps ease the pressure, but questions remain. Read more about the Canucks-Blues series in this piece by CBC Sports' Jim Morris. 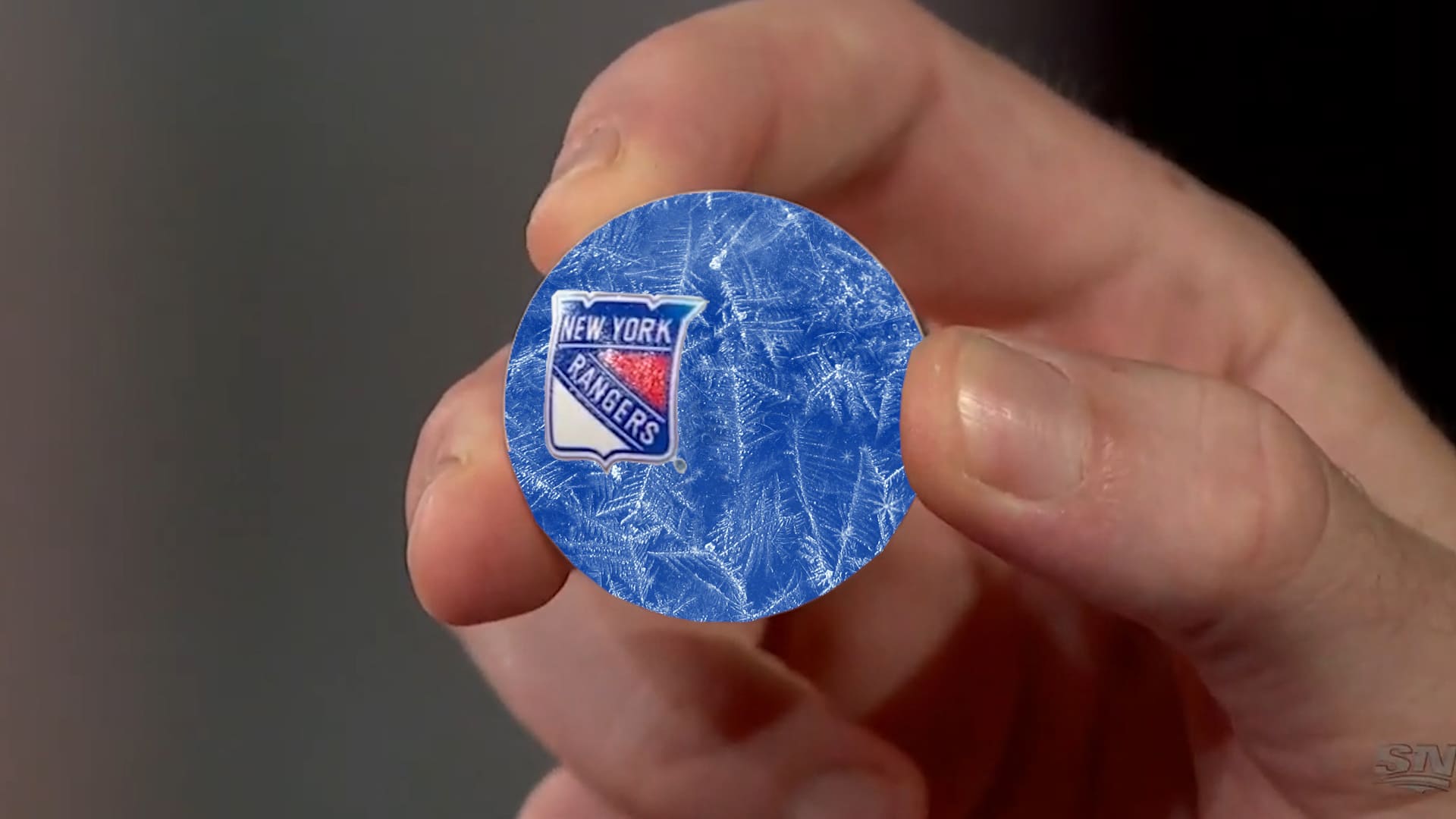 2 months ago
2:29
In his daily recap, Rob Pizzo tells you who was awarded the top pick in the draft and why it sent social media into a frenzy.  2:29

Say hello to the Buffalo Blue Jays. The Jays and their AL-worst offence haven't provided much to get excited about, but tonight's game against the Miami Marlins should be worth tuning into as the team plays its "home opener" at Buffalo's Sahlen Field. While most of the stadium's changes occurred outside the field of play, you'll notice a couple things on TV: dugouts will extend backwards into the first few rows of the stands, and the centre-field scoreboard will be partially blacked out during at-bats — as requested by former Buffalo Bison Bo Bichette. Ace Hyun-Jin Ryu is set to take the mound as the Jays debut their new powder blue uniforms.

Say goodbye to Big Ten college football this fall — and potentially more. The power-5 member, featuring big football programs like Ohio State, Michigan, Penn State and Wisconsin, voted today to suspend the fall season amid concerns over coronavirus, instead hoping to hold a spring campaign. The decision is the biggest shoe to fall yet as players, coaches and athletic directors attempted to uphold the season throughout the pandemic. But given the structure of college football, where it would be tough to ask hundreds of unpaid student-athletes to live in a bubble and take only online classes, the season was always going to be a tricky one. With the Big 10 now officially out, we may soon see other major conferences (including the SEC, home to Alabama, Georgia and defending champion LSU) follow suit in short order. Read more about the Big Ten's decision here.

It's the four-year anniversary of a different Canadian teenager's upset victory. On this day in 2016, then 16-year-old Penny Oleksiak tied American favourite Simone Manuel in the 100-metre freestyle to share gold. It was the last of four medals the swimmer took home from Rio, and the lone gold. With the win, the Toronto native became the youngest Canadian Olympic champion ever and the first to win four medals at one Summer Games. Oleksiak became a sudden superstar in Canada during those Games, which were capped by her carrying the Canadian flag at the closing ceremony. You can watch Oleksiak relive her Olympic triumph on @CBCOlympics in an Instagram live tonight at 8 p.m. ET.