It’s been eight years since Rebecca Marino competed in a Grand Slam, and the Canadian says she “feels like a different person.” The 30-year-old from Vancouver is set to play the main draw of the Australian Open after breezing through qualifying without dropping a set.

It's been eight years since Rebecca Marino competed in a Grand Slam, and the Canadian says she "feels like a different person."

Marino, the 30-year-old from Vancouver, is set to play the main draw of the Australian Open after breezing through qualifying without dropping a set.

She reached a career-high 38th in WTA rankings in 2011, but by 2012, she retired from tennis, citing depression after battling abuse on social media.

"What I would tell other people is that that period of your life is not forever. And if you do the right things to get yourself into a better mental state, whether it's talking or other different steps to take care of your mental health, it's obviously very important. And I feel like had I not done that, I wouldn't be in this position I am right now," Marino said on Wednesday.

Marino then enrolled at UBC and competed on the rowing team — her uncle won Canada's lone gold at the 1964 Olympics in the sport — as well as teaching tennis on the side.

The same age as Milos Raonic, Marino reached the same Memphis tournament final as her fellow Canadian in 2011, sparking hope for a country not known for its tennis prowess.

Her retirement soon after caught many by surprise.

"I don't think my game has changed all that much. I still have the big serve and big baseline groundstrokes. I think I tried to add a little bit more craftiness as the game has kind of changed a little bit, adding a little bit more slice. Occasionally I'll come to the net to volley to finish points off," Marino said.

"But I think the biggest difference would be just more in terms of competitive spirit and also how it's like a determination or a grittiness. I feel like I'm a lot mentally stronger now."

Marino's comeback hasn't been all smooth-sailing. It began with a delay when she was late to re-enter the WTA's anti-doping program, pushing her return from late 2018 to early 2019.

That return was an emphatic one, with a win at a $15K tournament where she didn't drop a set. She repeated the feat at her next tournament, then won a third in a row.

However, later in the year Marino tore her plantar fascia, making even walking a difficult task for the tennis player.

"And by about September of last year, I was finally at a point where I felt I wasn't having any pain on court, nor was I getting it after practice," she said.

She choked up Wednesday speaking about his influence in her comeback to tennis.

"His health battles and challenges were what inspired me. I tried to prepare myself for this. Considering that 2020 was probably the most challenging year of my life, I really tried to make it here with him in mind a lot through a lot of process," Marino said.

1 month ago
0:49
After qualifying for her first Grand Slam since taking a mental health break from tennis in 2013, Vancouver's Rebecca Marino got emotional when discussing how she drew inspiration from her father Joe's battle with cancer, which he eventually lost on April 15, 2020. 0:49

In April 2019, as Marino began launching her comeback, she wrote in a CBC Sports Player's Own Voice essay that the next goal in her career was to qualify for a major.

She can check that one off now.

"I guess that next step would be to hopefully win a round. I have to keep pushing my goals higher and higher. I want to make sure that I leave it all on the court and I take this chance and maximize it as much as I can," Marino said.

She says tennis hasn't changed all that much on the court during her hiatus, but speaking about off-court battles has become less taboo.

"The WTA does offer some psychological support if we do need it and the resources are readily available for us. … There's also change amongst the players that we're a lot more open and we talk a lot more with each other and it's a lot more social," Marino said.

"I have no doubt that I can keep my head on the court. That's something I feel like I've got very used to," she said. 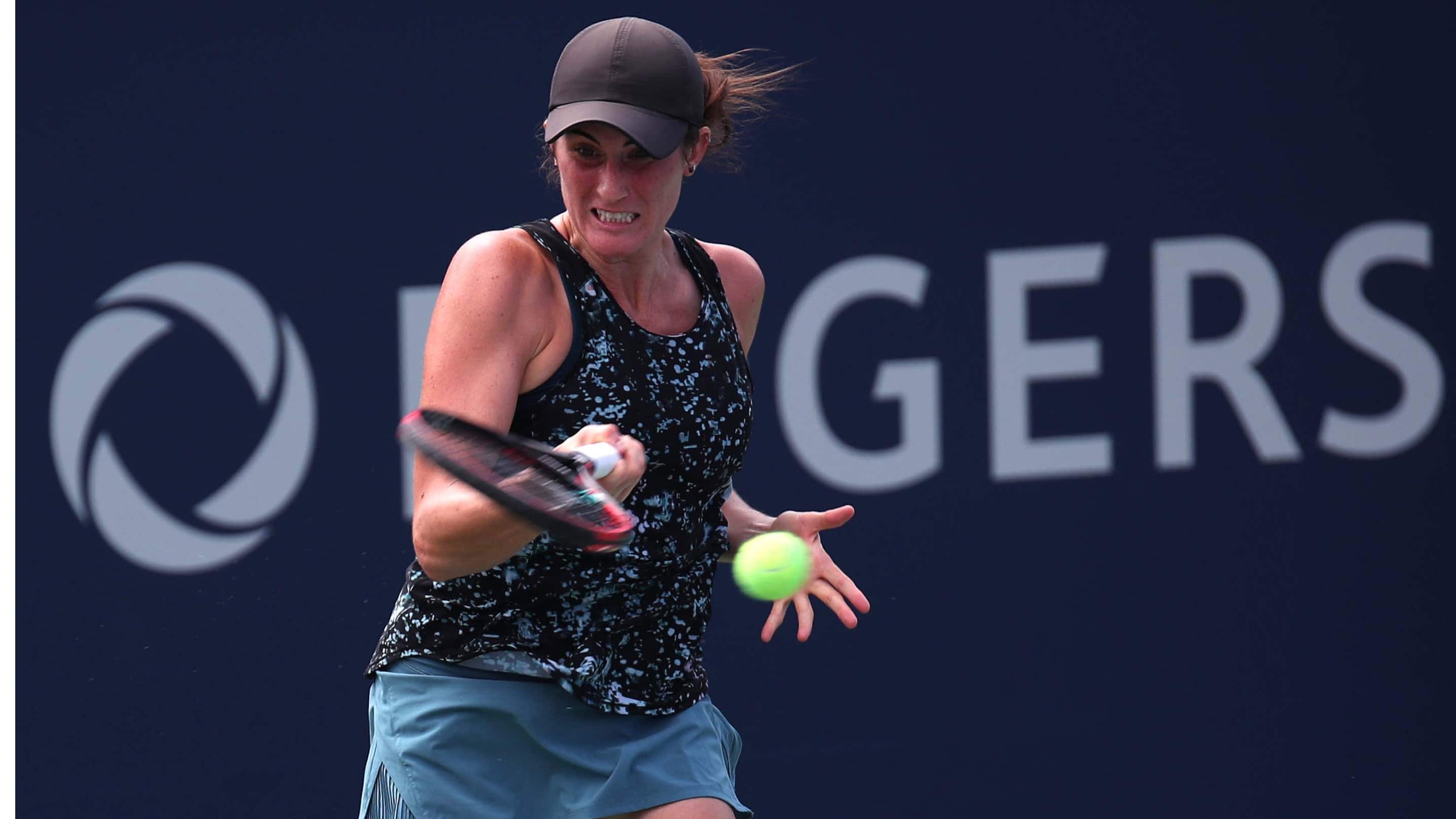 Rebecca Marino keeping focus on the court and off social media

1 month ago
1:47
Since walking away from tennis in 2013 due to depression caused by bullying on social media, Vancouver's Rebecca Marino tells CBC Sports' Myles Dichter that she is now focused on advancing at next week's Australian Open. 1:47

Marino will play a warm-up tournament beginning Sunday before the Australian Open gets going on Feb. 8.

For now, she remains in hotel quarantine in Melbourne, though was lucky enough to arrive on a plane that didn't carry any positive coronavirus cases. She gets 90 minutes of on-court training time per day alongside potential lucky loser Kamilla Rakhimova of Russia.

When the major is finally underway, it'll be a triumph for Marino no matter the on-court result.

"To get back and have a moment like this is really redeeming. And I am quite proud of everything I've accomplished. I know some of that is also behind the scenes that people haven't seen, but a lot of it has been so public because I try to be open and honest about everything that is thrown at me," she said.

"It's been really gratifying to have some success again. Especially after some of the challenges and hardships in the last year or so."