Canadian teenager Leylah Annie Fernandez is through to the quarter-finals at the Monterrey Open after defeating Sloane Stephens 6-7(4), 6-3, 6-3.

17-year-old from Laval, Que., knocks off 5th seed to earn berth in quarters

Canadian teenager Leylah Annie Fernandez has advanced to the quarter-finals at the Monterrey Open.

The Laval, Que., native upset American Sloane Stephens on Wednesday at the Abierto GNP Seguros tennis tournament, taking the Round of 16 match in three sets.

Fernandez is coming off a run to her first WTA final at the Mexican Open last week.

She will face either top seed Elina Svitolina of Ukraine or No. 142 Olga Govortsova of Belarus in the quarters. 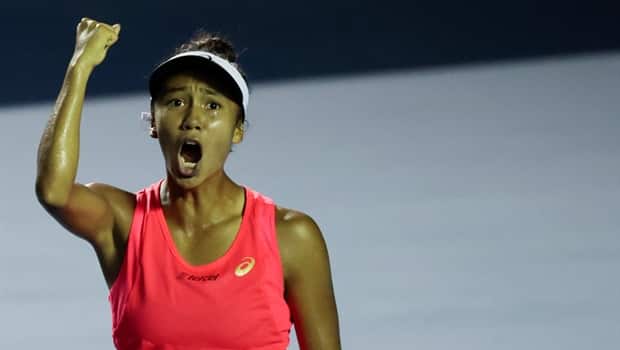