With the women who are 1-2 in the rankings choosing to skip the trip to Flushing Meadows because of the pandemic, No. 3 Karolina Pliskova ascended to the top spot in the draw — and by Day 3, she was gone.

Men's No. 1 Novak Djokovic advances to 3rd round after beating Kyle Edmund

Under normal circumstances, Karolina Pliskova would not have been seeded No. 1 at the U.S. Open and so, while a second-round loss certainly would have been disappointing to her, and noticed by others, it wouldn't have been as newsworthy.

But what's normal in 2020? With the women who are 1-2 in the rankings choosing to skip the trip to Flushing Meadows because of the pandemic, No. 3 Pliskova ascended to the top spot in the draw — and by Day 3, she was gone.

Pliskova, the 2016 runner-up at the U.S. Open, made her mood clear during a 6-1, 7-6 (2) loss to 50th-ranked Caroline Garcia on Wednesday by throwing a racket, then again afterward with a series of clipped responses at her news conference.

Pliskova fidgeted with the microphone. Sighed. Shrugged her shoulders. Rolled her eyes.

When a reporter offered possible explanations for the defeat — a new, faster surface on the courts, a lack of atmosphere because there are no spectators, the pressure of her high seeding — Pliskova replied: "Nothing from what you said."

Her reasoning for the result? "I didn't play good," Pliksova said, "so that's it." 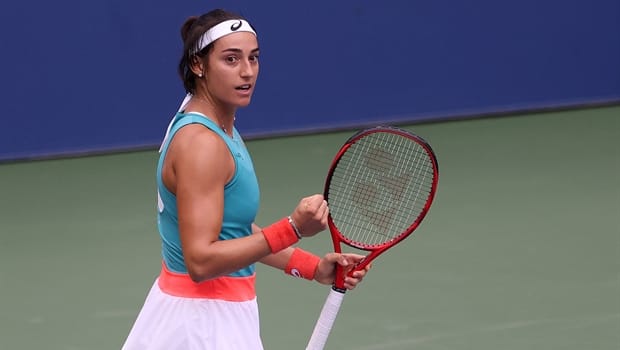 When another member of the media said this back-and-forth must be boring to Pliskova, she said, "Yeah, a little bit. Did you see the match or no?" and soon after remarked, "I don't know if you understand tennis well enough."

After a first round that went more to form than ever — 29 of 32 seeded women won their opening matches, a U.S. Open record since the number of seeds was doubled from 16 in 2001 — the surprises started in the second round.

Other seeded women who were eliminated: No. 12 Marketa Vondrousova, No. 30 Kristina Mladenovic, No. 31 Anastasija Sevastova.

Two seeded men exited, too: No. 13 Cristian Garin and No. 24 Hubert Hurkacz.

Pliskova had chances to take the second set against Garcia, who had been 0-8 against top-five opponents at Grand Slam tournaments.

Garcia trailed 5-4 in that set while serving at 15-40. Two break points that also were set points.

On the first, Pliskova got a look at an 89 mph second serve, but she pushed a forehand return wide. On the second, Garcia smacked a quick-strike forehand to a corner and Pliskova's running reply found the net. 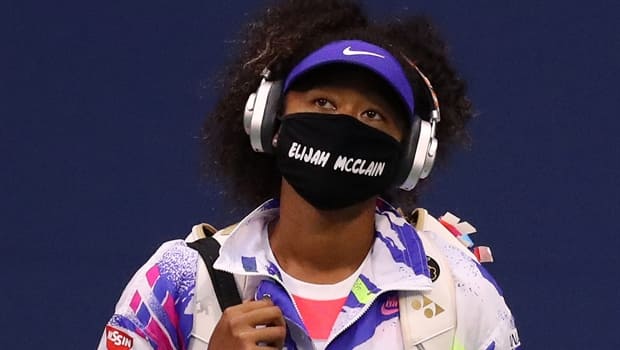 Garcia grabbed the next two points with a service winner followed by a gutsy second-serve ace to take that game and then was superior in the tiebreaker.

"I knew she was going to come back and not give me the match. When she came back very well," Garcia said, "I stayed calm and that was important."

Although much has been expected of her, the 26-year-old Garcia only once reached a Grand Slam quarterfinal and never has been past the U.S. Open's third round. To do so this time, she'll need to beat 28th-seeded American Jennifer Brady.

As a teen, Garcia built, albeit lost, a big lead against Maria Sharapova at the 2011 French Open, inspiring Andy Murray to write on Twitter that the Frenchwoman "is going to be No. 1 in the world one day."

Never happened, although she did get as high as No. 4.

Pliskova, meanwhile, did get to No. 1 briefly.

Couldn't really come up with how to describe why Wednesday's loss happened, but this statistic was telling: Garcia produced 30 winners, more than twice as many as Pliskova.

And another: Pliskova has led the WTA in aces four of the past five years, but she hit only three, the same number as Garcia.

"That's how it is, sometimes," Pliskova said. "I am not a robot, so I don't have to play every day amazing."

Unlike Pliskova, the No. 1-seeded man, Novak Djokovic, only had a brief blip on his way to the third round and a 25-0 record in 2020. Going back to late last season, his winning streak is 28 matches overall.

"I'm actually glad I did drop a set and got tested the way I did today against Kyle. I expected it to be a tough, tough task," said Djokovic, who has won five of the past seven Grand Slam tournaments to raise his major trophy total to 17, three behind Roger Federer and two behind Rafael Nadal.

"I'm really glad having an early kind of tough match in the tournament," Djokovic said, because it kind of serves me better, I think, for the rest of the tournament."

Next up for him is No. 28 Jan-Lennard Struff, someone Djokovic dismissed 6-3, 6-1 last week at the Western & Southern Open.

Other winners Wednesday included No. 4 Stefanos Tsitsipas, No. 5 Alexander Zverev and No. 7 Davis Goffin.

Tsitsipas made it to the U.S. Open's third round for the first time by withstanding the so-rare-these-days serve-and-volley style of his 168th-ranked American opponent, Maxime Cressy 7-6 (2), 6-3, 6-4 after two-time Grand Slam champion Naomi Osaka's 6-1, 6-2 win against Camila Giorgi.

The only complication for the fourth-seeded Osaka was the attempted on-court video call with her mother, Tamaki, afterward.

"Hi! What are you doing?" Osaka said.

What parent and child couldn't relate?