Felix Auger-Aliassime is heading to the second round at Flushing Meadows for the first time after surviving a stiff test, while fellow Canadians Vasek Pospisil, Milos Raonic and Leylah Annie Fernandez also won their openers on Tuesday.

It was a first-round sweep for Canadians at the U.S. Open.

Felix Auger-Aliassime is heading to the second round at Flushing Meadows for the first time after surviving a stiff test, while fellow Canadians Vasek Pospisil, Milos Raonic and Leylah Annie Fernandez also won their openers on Tuesday.

"That fourth set, it's the famous phrase of giving one more ball, throwing one more ball at your opponent," said Auger-Aliassime. "It paid off really well for me today. That was the case. Yeah, a bit of luck and a bit of grit. It went my way, so I'm happy." 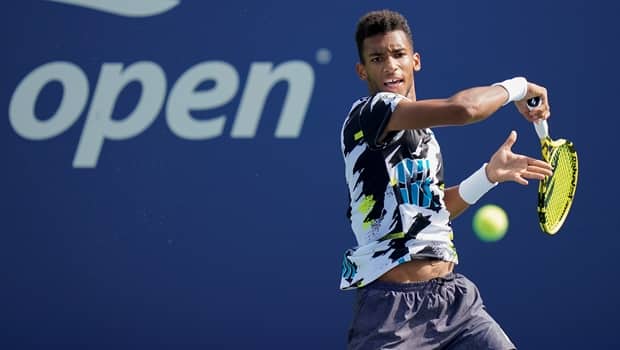 Vancouver's Pospisil booked a spot in the second round for the third year in a row after beating Philipp Kohlschreiber of Germany 7-6 (4), 7-5, 7-6 (3).

Fernandez, a 17-year-old from Laval, Que., knocked off Russia's Vera Zvonareva 6-4, 7-5 to win the first Grand Slam match of her career. 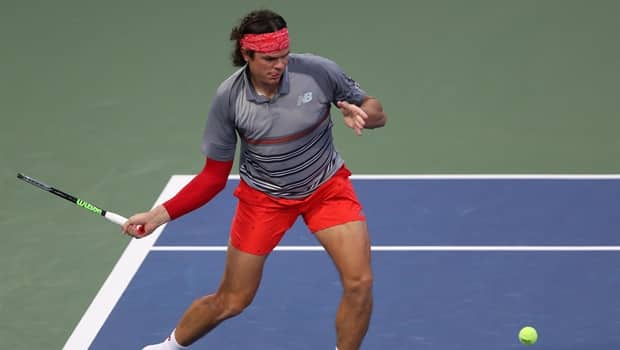 Raonic cruises past Mayer in 1st round of U.S. Open

The 20-year-old Auger-Aliassime made 62 unforced errors, 23 more than his opponent, but the Canadian had the big edge in winners (58-33). Both players struggled to generate any momentum without serve in a match that was just nine minutes short of hitting the four-hour mark.

Monteiro never broke Auger-Aliassime and had just two break-point opportunities — both in the fourth set.

As the score suggested, it was an extremely close match. Both players won 147 points.

"I would have been ready for a fifth set. I felt good physically. I felt like I had still some, yeah, juice in the tank. But, yeah, a bit of luck, obviously a bit of mental strength trying to stay in there. I felt like he played great tennis in the tiebreaks. I didn't feel like I gave it to him," said Auger-Aliassime. 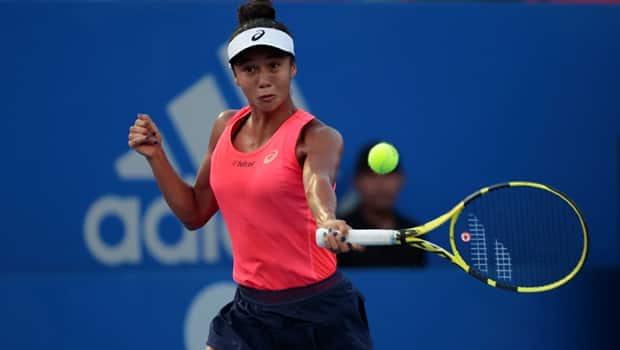 Auger-Aliassime will face three-time Grand Slam champion Andy Murray of Great Britain in the second round. Murray rallied from two sets down to win a five-setter against Yoshihito Nishioka of Japan on Tuesday.

"Of course he's a great champion," said Auger-Aliassime. "I'll be expecting the best from him next match."

Fernandez, ranked 104th in the world, was playing in her second career Grand Slam after losing in the first round in this year's Australian Open.

The Canadian could climb into the top 100 for the first time in her career after knocking off Zvonareva, ranked 178th. 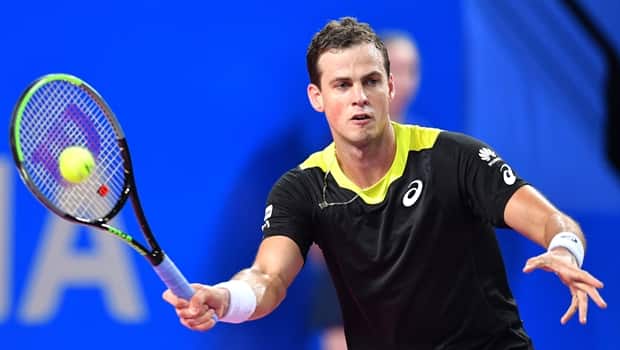 Vasek Pospisil moves on to 2nd round of U.S. Open

Fernandez will be a heavy underdog in the second round when she faces No. 2 seed and 2020 Australian Open champion Sofia Kenin of the United States.

Pospisil, ranked 94th, won 85 per cent of points when he got his first serve in against the 75th-ranked Kohlschreiber. The Canadian had 23 aces.

Pospisil failed to convert on three match points with serve and a 6-5 lead in the third set, but bounced back to win the tiebreak.

Raonic fired 14 aces while never being broken once in the match.

His victory sets up an all-Canadian tilt with Pospisil in the second round.

Shapovalov, the No. 12 seed from Richmond Hill, Ont., won his first-round match on Monday and will face world No. 73 Kwon Soon-Woo of South Korea on Wednesday.

No fans are at the tournament this year because of COVID-19.