Milos Raonic's championship intentions met a painful and lumbering end with a stunning second-round loss to American Ryan Harrison at the U.S. Open on Wednesday. 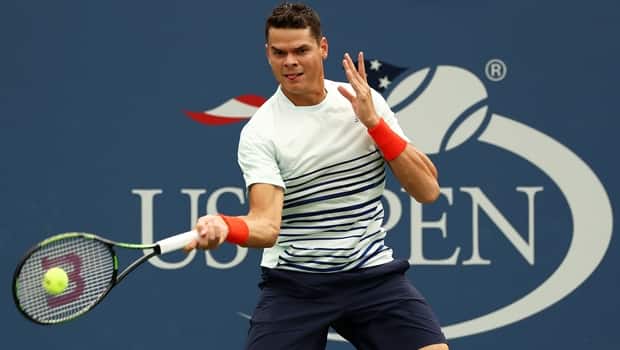 Milos Raonic bows out early at US Open

Milos Raonic's championship intentions met a painful and lumbering end with a stunning second-round loss to American Ryan Harrison at the U.S. Open on Wednesday.

Raonic was slowed by a litany of cramping he says affected numerous parts of his body, including his left arm, right forearm, both quads, and left hip flexor.

"It was catching me all over," he said. "I can't remember a single time where I've lost a match because of cramping."

The world No. 6 entered the final Grand Slam tournament of the season with high hopes after reaching the final of Wimbledon in early July. He skipped the Rio Olympic Games to ensure his best possible performance in Flushing Meadows.

Over the three hour and 37 minute match Raonic received repeated visits from a trainer who worked first on his wrist, then massaged his leg.

"I was my own worst enemy today. I tried the best I could to find a way out of it... my body didn't let me," Raonic said.

For his part, the 24-year-old Harrison, once considered "the next big thing" in American tennis and now ranked 120th in the world, played relatively cleanly with 33 unforced errors to his six-foot-five opponent's 62. What's more, the American broke Raonic's serve seven times on 18 chances.

"The first two sets today were well over two hours, it was extremely physical," Harrison said. "When you have the crowd behind me like today you don't even realize how physical it is out there, you're just playing on adrenalin."

While Raonic did hammer 18 aces to Harrison's seven, he also suffered 15 double-faults.

Harrison, born in Louisiana and now based in Texas, will make his first trip to the third round at a Grand Slam. He had been 0-6 in second-round matches. He will face Marcos Baghdatis of Cyprus in the next round.

With Raonic's unexpected early exit, there are no Canadians left in the singles draws.

Pospisil struggled in singles play at Grand Slam events this year, with his only victory at a major coming Monday when he defeated Jozef Kovalik 6-1, 6-3, 6-3 in the first round. 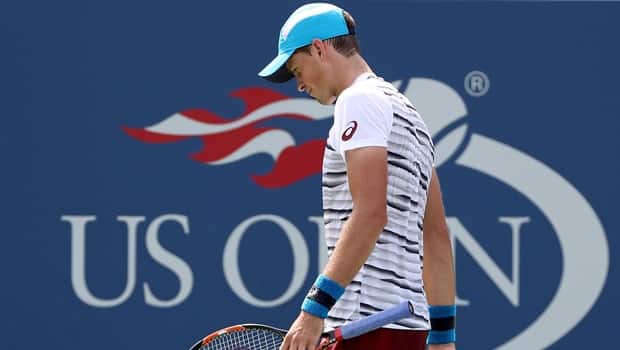 Vasek Pospisil bounced from US Open in straight sets loss

Garbine Muguruza has lost in the second round in back-to-back majors since winning the French Open title.

The third-seeded Spaniard was upset in straight sets by Anastasija Sevastova, who returned to tennis last season after a nearly two-year retirement. The 48th-ranked Sevastova won 7-5, 6-4 to reach the third round at the U.S. Open for the first time.

Later under the lights, the tournament's new, $150-million US retractable roof above Arthur Ashe Stadium was closed during a match for the first time, when there was rain during the second set of Rafael Nadal's 6-0, 7-5, 6-1 victory against Andreas Seppi. With the cover shut, the most noticeable difference was all of the crowd chatter that could be heard during points. 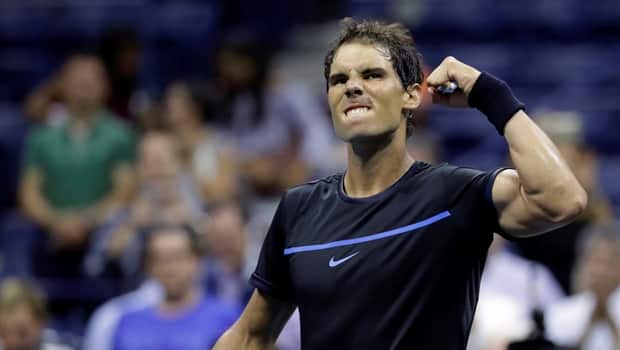 Rafael Nadal advances to 3rd round of U.S. Open

Nadal called the addition of the roof "an unbelievable improvement" at a tournament that for years has been plagued by rain delays. At the end of Nadal's on-court interview, ESPN reporter Tom Rinaldi asked the 14-time major champion if he would try to hit a ball hard enough to touch the roof. Nadal obliged, but couldn't get the ball far enough, then said with a smile: "Impossible for me."

Novak Djokovic moved on to the third round of the U.S. Open after his opponent withdrew before their match because of injury.

Jiri Vesely, from the Czech Republic, pulled out of the tournament with left forearm inflammation a couple of hours before their match would have started.

Wozniacki back on track

Two-time U.S. Open runner-up Caroline Wozniacki defeated a top-10 opponent for the first time in nearly a year, bouncing back from a horrid start to beat 2004 champ Svetlana Kuznetsova.

The ninth-seeded Kuznetsova won the first four games of the match and was one point from going up 5-0. Then Wozniacki ran off seven straight games en route to a 6-4, 6-4 victory in the second round Wednesday.

Her ranking down to 74th after an ankle injury and on-court struggles, Wozniacki is unseeded at the U.S. Open for the first time since her debut in 2007. It's Wozniacki's first trip to the third round at a major since Wimbledon last year.

Vinci moves on to 3rd round

2015 U.S. Open runner-up Roberta Vinci cruised into the third round for the sixth straight year.

Vinci stunned Serena Williams in last year's semifinals to thwart her bid for the first Grand Slam since 1988, then lost to countrywoman Flavia Pennetta in the final.