The 21-year-old Croat saved three of the four break points he faced and took his second match point to end Federer's 20-match winning streak on grass for his second career title. 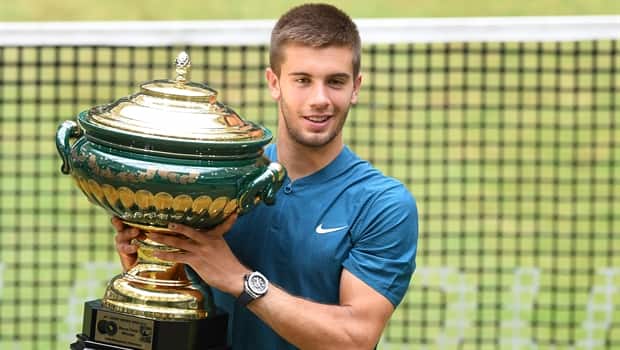 Coric, who defeated second-seeded Alexander Zverev in the first round, saved two set points in the first set tiebreaker.

"I was impressed with him," Federer said after only his third loss of the year. "He was always a tick better in the end and he took his chances."

Federer, who skipped the entire clay-court season for the second year in a row, had been going for his 99th title, one week after taking his 18th grass-court title in Stuttgart.

It would have been a record-extending 10th title from his 12th final in Halle.

As a result of Federer's loss, Rafael Nadal will reclaim top spot in the ATP rankings on Monday.