Eugenie Bouchard books spot in 3rd round at French Open

Canada's Eugenie Bouchard is heading to the third round of the French Open after defeating Australia's Daria Gavrilova 5-7, 6-4, 6-3 on Wednesday.

Bouchard, from Westmount, Que., advanced to the third round of the French Open with 5-7, 6-4, 6-3 win over Australia's Daria Gavrilova on Wednesday.

It will mark Bouchard's first appearance in the third round of a Grand Slam since the world's 168th-ranked player won two matches at the 2017 Australian Open.

A former world No. 5 after reaching the Wimbledon final in 2014, Bouchard's ranking has tumbled in recent years, falling below No. 300 at one point. But she has made some strides in recent months, reaching the final of a clay-court event in Istanbul before being awarded a wild-card into the French Open.

WATCH | Bouchard wins in 2nd round of French Open: 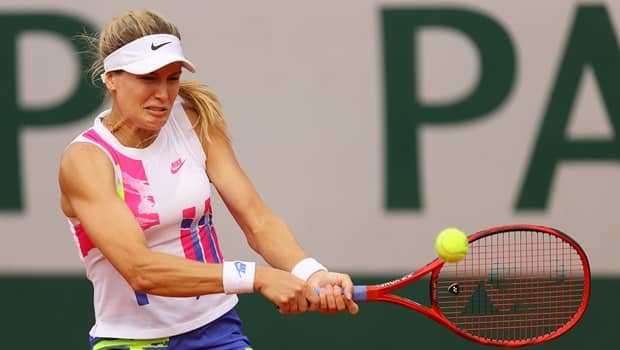 Bouchard fights back to advance to French Open 3rd round

"I think I've had tough moments, for sure. I think deep down, you know, still believing in myself no matter what, knowing my skill can't just go away, knowing that I've achieved success before," Bouchard said. "It's just something that I'll always have, reinforces my belief. That's what I use when I need to work hard, when times are tough.

"I have especially done that I think in the past year or so. Proud of this constant work really."

Gavrilova, playing just her second tournament this year after returning from a foot injury, rallied from a deficit to win the first set before Bouchard responded.

"The fact I was able to bounce back is something I'm super proud of. (It) is a testament to the mental strength I've been working on," Bouchard said.

Bouchard will face world No. 54 Iga Swiatek, a 19-year-old from Poland, in the third round.

Meanwhile, in women's doubles first-round play, the fifth-seeded team of Gabriela Dabrowski of Ottawa and Jelena Ostapenko of Latvia beat Zarina Diyas of Kazakhstan and Arina Rodionova of Australia 7-5, 6-3.

Leylah Annie Fernandez of Laval, Que., and partner Diane Parry of France lost 6-2, 6-4 to Nina Stojanovic of Serbia and Jill Teichmann of Switzerland.

Fernandez also has advanced to the second round in women's singles, along with No. 9 seed Denis Shapovalov of Richmond Hill, Ont., on the men's side.

U.S. Open runner-up Victoria Azarenka is out of the French Open in the second round.

Azarenka's exit means all four women who reached the semifinals in New York earlier this month already are gone in Paris. Serena Williams withdrew from the French Open because of an injured Achilles tendon, Jennifer Brady lost in the first round at Roland Garros and U.S. Open champion Naomi Osaka did not make the trip to France.

Schmiedlova had lost 13 consecutive Grand Slam matches in a streak dating to 2015 until beating Venus Williams in the first round this week.

Azarenka is a former No. 1 and a two-time champion at the Australian Open. 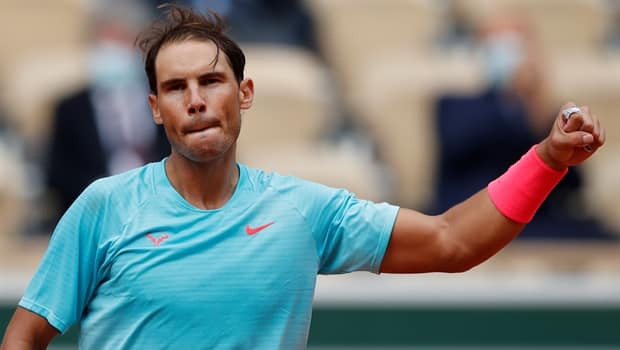 Nadal cruises to another victory at Roland Garros

Nadal improved his record at Roland Garros to 95-2 when he sealed victory on his first match point.

He next faces either Kei Nishikori of Japan or Stefano Travaglia of Italy.

Top seed Halep through to next round

French Open top seed Simona Halep put in a disciplined performance to tame big-hitting Romanian compatriot Irina-Camelia Begu 6-3 6-4 in the second round on Wednesday, extending her winning run to 16 matches.

World No. 2 Halep arrived at Roland Garros having won her last three tournaments — two of them on clay courts in Prague and Rome — and started as the overwhelming favourite to add a second French Open title to her Grand Slam cabinet.

Halep, who skipped the U.S. Open due to the COVID-19 pandemic, began strongly on Court Suzanne Lenglen, jumping to a 3-0 lead against an opponent she had beaten in all her previous seven meetings.

"It's never easy to play against a Romanian and against Irina, we played so many times," Halep, who turned 29 on Sunday, told reporters. "It's never easy, she's a very strong opponent and she's also powerful, the serve is really strong." 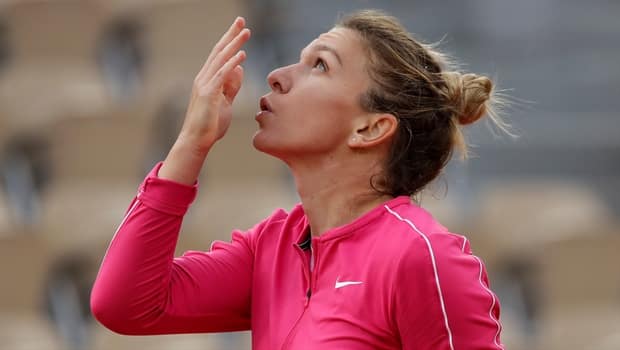 Despite the slow start, the 73rd-ranked Begu refused to give up and switched to a more attacking game plan and it paid dividends as the 30-year-old got the set back on serve with a break for 4-3.

Halep had to dig deep and the 2018 champion got the second break in the eighth game and then held serve to win the opening set.

Begu hit seven more winners than Halep in the match but also had 15 more unforced errors, and a second service break was enough for Halep to secure the second set and a spot in the third round.

American teenager Coco Gauff's French Open debut has ended in the second round after she double-faulted 19 times in a 4-6, 6-2, 7-5 loss to 159th-ranked qualifier Martina Trevisan.

Gauff double-faulted twice in the last game of the match which lasted two hours, 11 minutes.

The 16-year-old Gauff has reached at least the third round at the other three major tournaments.

For Trevisan, a 26-year-old from Italy, this was her first victory in a Grand Slam match played to its conclusion.

She lost in the first round at the Australian Open this year in her first appearance at a major, then advanced Sunday at Roland Garros when her opponent, Camila Giorgio, stopped playing in the second set because of an injury.

Against Gauff, Trevisan kept yelling, "Yes!" and "Let's go!" in Italian between points, then let out a high-pitched scream when the match ended.