Serena Williams went from a 72-minute struggle of a first set that required a tiebreaker to resolve in her first-round match at the French Open to a lopsided second set in which she did not drop a game.

Serena Williams went from a 72-minute struggle of a first set that required a tiebreaker to resolve in her first-round match at the French Open to a lopsided second set in which she did not drop a game.

"I just need to play with more confidence," Williams said, by way of explanation for how her 7-6 (2), 6-0 victory over 102nd-ranked Kristie Ahn unfolded Monday, "like I'm Serena."

Well, yes, she was more herself for the latter half of the contest, which by the end really wasn't much of a contest.

And this is how Ahn described the sensation of being across the net from that version of Williams, the one where she is at her very best.

"It feels like you're trying to push a runaway train in the opposite direction," Ahn said. "It's very difficult to try and stop." 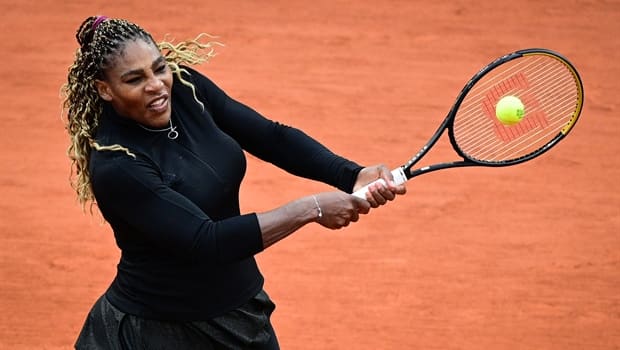 Serena Williams moves on to 2nd round of French Open

Playing against an opponent she defeated at the same stage at the U.S. Open less than a month ago, Williams found herself trailing twice in the opening set at the Court Philippe Chatrier but rallied each time to force a tiebreaker.

'I just need to play with more confidence'

Williams, 39, started with three aces to win her opening game Ahn started moving better and chased down her opponent's heavy groundstrokes, which on most surfaces would have ended up as winners.

Ahn, who was making her main-draw debut at Roland Garros, went up 3-1 and served for the set at 5-4 but Williams rallied each time to force a tiebreaker.

Williams, who has won three of her 23 Grand Slam singles titles at Roland Garros, raised her level in the tiebreaker and did not look back from there, handing the hapless Ahn a bagel in the second set.

"The biggest difference was just confidence," Williams told reporters. "I just need to play with more confidence, like I'm Serena. So that was it.

"I just started playing like that, opening the court and moving and sliding. I do think her level dropped a little bit in the beginning of the second set and I took advantage of that."

The American, bidding to match Margaret Court's record 24 Grand Slam titles, hit her 11th ace on her fifth match point to seal the victory in an hour and 41 minutes.

Williams had 28 of her 36 unforced errors in the opening set while she hit 26 winners in all.

Next up for the American will be a second-round meeting against fellow mother Tsvetana Pironkova, who earlier beat Andrea Petkovic 6-3 6-3.

"She's playing well but I am too. I'm ready to play her. She'll be ready to play me," Williams said of her next opponent. "It will be a long match, she will get a lot of balls back but so will I. I'll be ready."

Williams and Pironkova met in the quarter-finals of the U.S. Open this month, when the Bulgarian went down in three sets.

"It's always exciting to face her, especially after our last match," said Pironkova. "We played three sets, it was very exciting match, so we'll see. I'm definitely very excited."

Defending champion Rafael Nadal reached the second round of the French Open after beating Egor Gerasimov 6-4, 6-4, 6-2.

Nadal is looking for a record-extending 13th title at Roland Garros and a 20th major overall to equal Roger Federer's men's record. 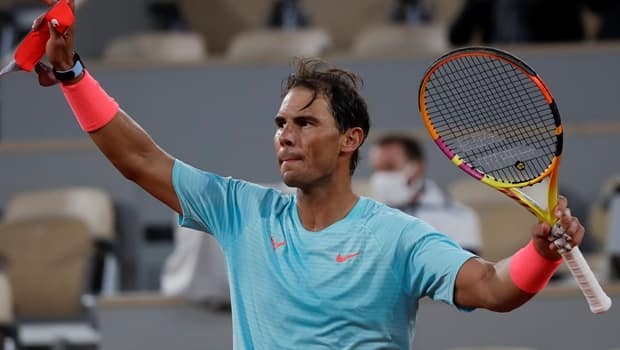 Nadal did not face a break point in the first two sets but trailed 15-40 at the start of the third. He saved one but was broken when he hit wide down the line.

Gerasimov had a medical timeout for several minutes at 2-2. He received treatment on his right foot after an awkward fall. The foot was heavily strapped and his movement appeared limited afterward.

Nadal served for the match and won on his first match point when Gerasimov patted a shot into the net.

The third-seeded Austrian won his first major tournament at Flushing Meadows two weeks ago and is among the favourites again at Roland Garros after losing the past two finals to Rafael Nadal.

Cilic led 2-0 in the third set but Thiem reeled off the next five games before Cilic held again.

Petra Kvitova reached to the second round of the French Open after a 6-3, 7-5 win over Oceane Dodin under the new roof on Court Philippe Chatrier.

The two-time Wimbledon champion advanced from the first round for the 10th time in 11 appearances at Roland Garros. The Czech player's only first-round loss was in 2010. She was a semifinalist in 2012. She is ranked 11th and seeded seventh at Roland Garros.

A forehand hit wide by 118th-ranked Dodin gave Kvitova a break of serve in the second set. The 23-year-old Frenchwoman was playing the 30-year-old Kvitova for the first time.

A women's doubles player has been removed from the main draw after she was declared a contact case following her coach's positive coronavirus test.

French Open organizers did not name the player. Doubles matches start on Wednesday.

The French Tennis Federation has carried out around 1,900 coronavirus tests since Sept. 17. There were six virus-caused withdrawals from the qualifying rounds and three players tested positive for COVID-19 and three others were in close contact with their coach who tested positive.