American tennis legend says Canadian phenom ‘has all the shots’

The 14-time Grand Slam champion not only believes the 18-year-old can contend for major titles, but thinks Shapovalov can become a top-2 player, according to an interview in The Independent.

"I really like his attitude," Sampras told The Independent in the U.K. "He's got a lot of energy out there, has a big game and has got all the shots." 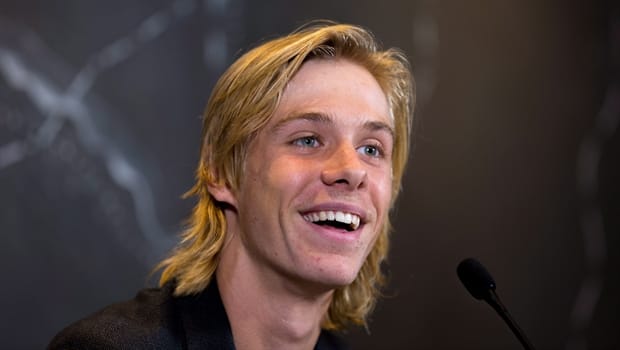 3 years agoVideo
2:17
The Canadian tennis sensation spoke to the media in Toronto on Thursday after returning from the U.S. Open. 2:17

Sampras also sees 20-year-old German and Rogers Cup winner Alexander Zverev, along with Austrian Dominic Thiem as future superstars. Of course, Sampras concedes this will only happen once legends Rafael Nadal and Roger Federer decide to relinquish their stranglehold on the game.

Shapovalov is coming off the summer of his life. The Canadian took the tennis world by storm after stunning world No. 1 Nadal at the Rogers Cup, then advancing to the fourth round of the U.S. Open.

At the beginning of the 2017 season, Shapovalov was ranked 250th in the world. He set what he considered to be a lofty goal of reaching No. 150 by the end of the year. Now, after his performance at the Rogers Cup and a strong showing at the U.S. Open, where he made the round of 16, Shapovalov he's poised to crack the top 50.

"I think a lot of aspects of my tennis game have improved," Shapovalov told reporters last week.

"My serve and returns are getting better. I'm coming to the net a lot more, but the biggest thing I've improved is my fighting spirit. Just staying calm and fighting for every point. My team and I have worked on that the entire year."