Naomi Osaka pulled out of the Western & Southern Open final Saturday because of a left hamstring injury, giving the title to Victoria Azarenka in a walkover.

Naomi Osaka pulled out of the Western & Southern Open final Saturday because of a left hamstring injury, giving the title to Victoria Azarenka in a walkover.

"I just hope I'm giving myself, you know, the opportunity and the chance to have enough time" to recover ahead of the U.S. Open, Osaka said. The Grand Slam tournament, which she won in 2018, starts Monday.

Osaka's decision to skip the final was announced about 90 minutes before the championship match was supposed to begin in Louis Armstrong Stadium — at the site of the U.S. Open.

The Western & Southern Open normally is held in Ohio but was moved to New York this year because of the coronavirus pandemic as part of a two-tournament "controlled environment."

Osaka said she initially felt a problem with her leg in her first match of the Western & Southern Open and pulled the hamstring in the second-set tiebreaker of her 6-2, 7-6 (5) semifinal win over Elise Mertens.

Osaka grabbed her left hamstring after chasing a ball early in the tiebreaker. 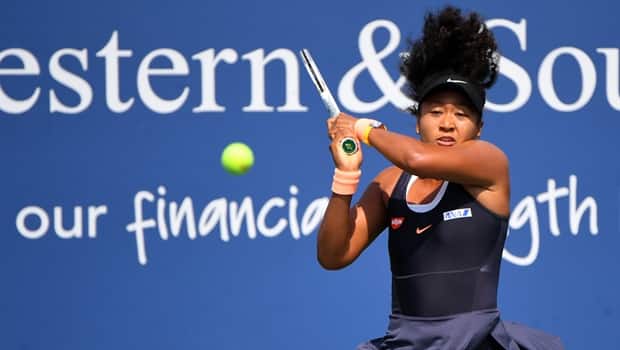 2 months ago
0:34
After nearly dropping out of the tournament, before the WTA decided on a one-day pause of play to take a stance against racial injustice, Naomi Osaka advanced to the final of the Western & Southern Open with a 6-2, 7-6 (5) win over Elise Mertens. 0:34

On Saturday, she called this an "emotional week."

Osaka, a 22-year-old who was born in Japan and is now based in the U.S., brought the push for racial justice to the tennis tour by saying she was not going to play in her semifinal, joining athletes in the NBA, Major League Baseball and other sports in sitting out this week in reaction to the police shooting in Wisconsin of a Black man, Jacob Blake.

Osaka's stance prompted the tournament to say it was taking a "pause" to back the cause and scrapping all scheduled matches for Thursday.

The 59th-ranked Azarenka collects her first title since 2016 and the 21st of her career, 20th at a hard-court event. She is a two-time Australian Open champion, two-time U.S. Open runner-up and has been ranked as high as No. 1. 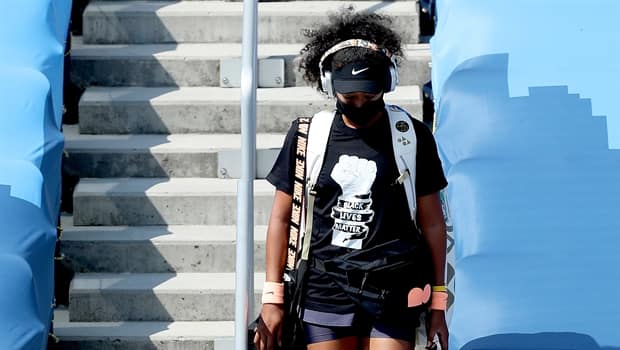 2 months ago
0:43
After tournament officials invoked a one-day break, in a show of support for Osaka's vow to withdraw from the Western & Southern Open to highlight racial injustice, Osaka walked to the court for her semifinal match wearing a Black Lives matter shirt. 0:43

When play resumed Friday, Osaka did compete, and she beat Elise Mertens 6-2, 7-6 (5). But Osaka grabbed her left hamstring after chasing a ball during the tiebreaker.

"It's unfortunate, because I was actually really looking forward to compete against Naomi. It would have been an amazing opportunity to face her level," said Azarenka, who also won the Western & Southern Open in 2013.

Azarenka said the title was "special" because it's her first as a mother.

The 31-year-old Azarenka considered retiring at the start of the year.