Canada's Milos Raonic advanced to the third round of the Paris Masters with a 6-4, 6-4 win over French wild-card Pierre-Hughes Herbert on Wednesday.

Canada's Milos Raonic advanced to the third round of the Paris Masters with a 6-4, 6-4 win over French wild-card Pierre-Hughes Herbert on Wednesday.

The 10th-seed from Thornhill, Ont., saved the only break point he faced and had 11 aces in a match that took just over 91 minutes to complete.

Herbert was accurate with 57 per cent of his first serves and won points on just 66 per cent of those that landed. He won 55 per cent of second-serve points and was broken twice in six opportunities.

WATCH | Raonic cruises into 3rd round: 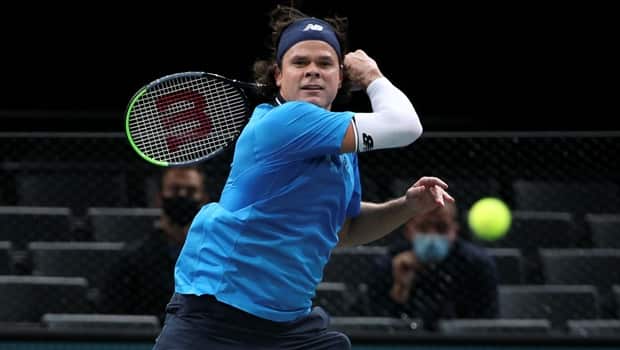 Milos Raonic rolls into 3rd round in Paris

2 months agoVideo
1:19
Milos Raonic of Thornhill, Ont., advanced to the third round of the Paris Masters with a 6-4, 6-4 win over French wild-card Pierre-Hughes Herbert. 1:19

Raonic improved to 2-0 against Herbert.

The Canadian, ranked 17th in the world, next faces Marcos Giron. The American qualifier advanced with a 7-6 (3), 6-7 (0), 7-5 win over Spain's Albert Ramos-Vinolas. Raonic won his only other meeting with 91st-ranked Giron at last year's Indian Wells tournament.

Rafael Nadal became only the fourth man to reach 1,000 match wins when he beat fellow Spanish veteran Feliciano Lopez 4-6, 7-6 (5), 6-4 in the second round of the Paris Masters on Wednesday.

The 34-year-old Nadal achieved another milestone in Paris this year, too, having won the French Open last month to tie Federer on 20 major titles.

But while there were 1,000 fans to cheer him on in the final at Roland Garros, none were at the Bercy Arena because of the coronavirus pandemic. 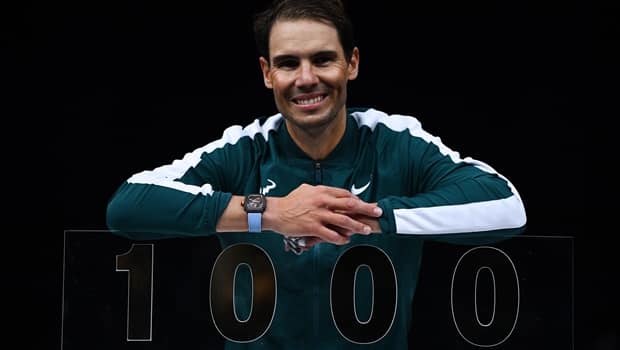 After securing the victory, Nadal touched fists with Lopez and put his rackets into his bag as if finishing a training session, rather than celebrating a huge achievement.

The 34-year-old's first win came in May 2002 at the age of 15, when he beat Paraguayan Ramon Delgado in the first round at Mallorca.

A year later, the 16-year-old Nadal stunned the tennis world by beating French Open champion Albert Costa under floodlights in the second round at the Monte Carlo Masters.

By the age of 24, he had already reached 500 wins, while his career tally also includes 35 Masters titles and 86 tournament victories overall.

The 39-year-old Lopez won their first meeting back in 2003 and had beaten Nadal four times overall. He had 22 aces and troubled a sluggish Nadal, who failed to convert six break points in the second set but broke immediately at the start of the third.