Aryna Sabalenka cruised to the women's title at the inaugural Ostrava Open on Sunday, defeating fourth-seeded Victoria Azarenka. She then played in the doubles final, where she and Elise Mertens topped Ottawa's Gabriela Dabrowski and Brazil's Luisa Stefani 6-1, 6-3.

The big-hitting 22-year-old Sabalenka dominated the match but her former top-ranked opponent was visibly limited by an unspecified health problem in the second set and needed a medical time out and one more brief treatment.

It was the second title of the season for the 12th-ranked Sabalenka after the Qatar Total Open in Doha in February, and seventh overall of her career.

"I hope you'll get better soon," she wished Azarenka in a brief on-court speech after her victory. 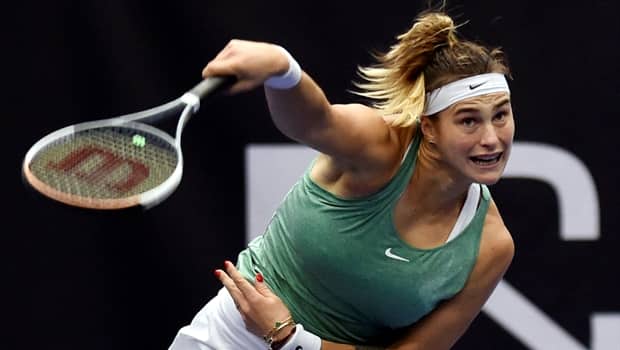 1 month agoVideo
0:45
Aryna Sabalenka wins the Ostrava Open with a 6-2, 6-2 victory over Victoria Azarenka in the first WTA all-Belarusian final. 0:45

The 14th-ranked Azarenka tried to come back after she received treatment when she was 4-1 down in the second set, breaking Sabalenka who then replied immediately with her fifth break and served out the match.

Last month, Azarenka eliminated Sabalenka 6-1, 6-3 in the second round of the U.S. Open before reaching the final.

Sabalenka doubles her titles in Ostrava

Sabalenka then played in the doubles final, where she and Belgian partner Elise Mertens topped Ottawa's Gabriela Dabrowski and Brazil's Luisa Stefani 6-1, 6-3. 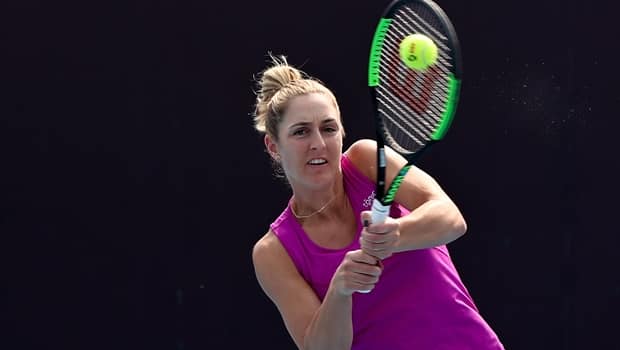 1 month agoVideo
2:49
Gabriela Dabrowski of Ottawa and her partner Luisa Stefani lose to Aryna Sabalenka and Elise Mertens 6-3, 6-1 in the women's doubles final at the inaugural Ostrava Open. 2:49

The indoor hard-court event was added to the WTA tour after tournaments in China were cancelled due to the coronavirus pandemic. It was given a green light from Czech health authorities to go ahead despite sport competitions being banned in this country hard-hit by the coronavirus. It was played without spectators.