Caruso, ranked 82nd in the world, beat Auger-Aliassime 6-4, 6-4 in a match that took around one hour 40 minutes to complete.

Auger-Aliassime, ranked 21st in the world and seeded second in Sofia, was the heavy favourite entering the match at the ATP 250 indoor hardcourt event. But the 20-year-old Montrealer failed to convert any of his six break point chances. 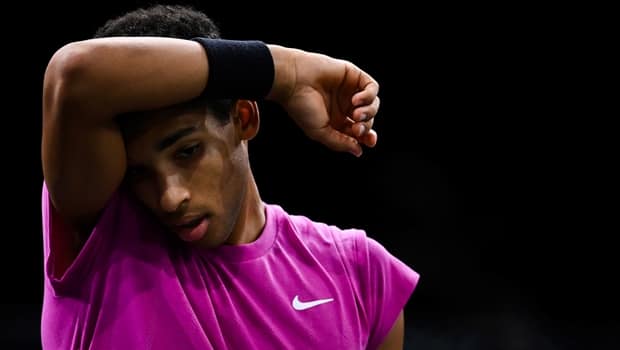 3 months agoVideo
0:48
Second-seeded Felix Auger-Aliassime was ousted by 82nd-ranked Salvatore Caruso of Italy 6-4, 6-4 in the second round of the Sofia Open. 0:48

Caruso struggled with accuracy on his first serve, with only 44 per cent of them counting. But he didn't hit into a double fault, while Auger-Aliassime committed five. Caruso also made up for his problematic first serve by winning 62 per cent of second serve points.

Auger-Aliassime had seven aces, but was hurt by the double faults.

Auger-Aliassime finishes his 2020 season with a 23-19 record and three tournament final appearances.

Top-seed Denis Shapovalov of Richmond Hill, Ont., was defeated in his second-round match on Tuesday.