Canada's Shapovalov advances to 2nd round in Cincinnati

Denis Shapovalov advanced to the second round of the Western & Southern Open with a 7-6 (6), 3-6, 7-5 win over American wild-card Frances Tiafoe on Monday.

Denis Shapovalov advanced to the second round of the Western & Southern Open with a 7-6 (6), 3-6, 7-5 win over American wild-card Frances Tiafoe on Monday.

Shapovalov, from Richmond Hill, Ont., won on his second match point after a two-handed backhand volley from Tiafoe landed well outside the court.

The 19-year-old Canadian looked to be in trouble when he went down a break at 4-5 in the third set. But he broke Tiafoe to tie the set, and then again to win.

Shapovalov struggled with his serve at times, committing 13 double-faults to just one for his opponent and only landing 53 per cent of his first serves. But when his first serve was accurate, he won 81 per cent of those points, including 10 aces, in a match that lasted two hours 18 minutes.

Click on the video player below to see Shapovalov in action: 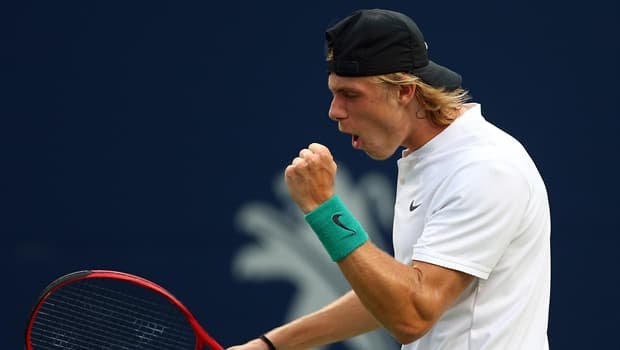 Shapovalov will next face Britain's Kyle Edmund in what is shaping up to be a competitive rivalry. They have met five times over the past two years, with Shapovalov holding a 3-2 edge.

Milos Raonic of Thornhill, Ont., was scheduled to face Serbian qualifier Dusan Lajovic in the first round on Tuesday. Raonic and Shapovalov could potentially face off for the second time if they advance to the third round.

Serena Williams bounced back from the most lopsided loss of her career, cruising past Daria Gavrilova 6-1, 6-2.

"You've got to be able to go back-to-back," said Williams, a two-time Cincinnati champion. "I don't get byes anymore right now. I'm OK with it."

Click on the video player below to watch Williams' victory: 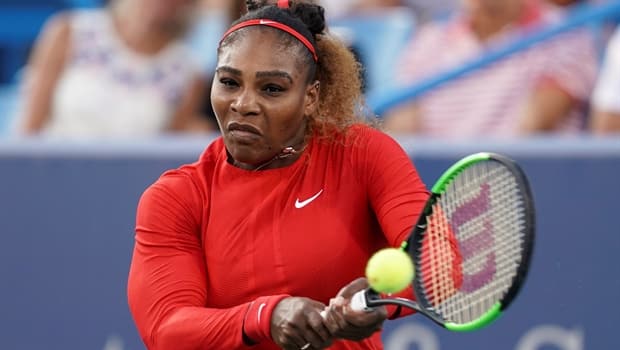 Tenth-seeded Novak Djokovic regrouped after blowing a 3-0 second-set lead to get past Steve Johnson, 6-4, 7-6 (4). The reigning Wimbledon champion failed to convert eight match points before he finally put Johnson away.

Click on the video player below to watch Djokovic's victory: 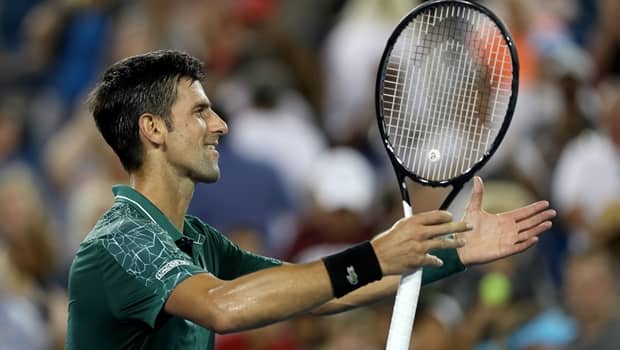 Djokovic moves on to 2nd round in Cincinnati

Top-seeded Rafael Nadal dropped out Sunday night to prepare for the U.S. Open after winning his fifth title of the year in Toronto.

Murray had his best result since missing 11 months following hip surgery when he reached the quarter-finals in Washington two weeks ago. But he had a hard time adjusting to the Cincinnati courts.

"The start of the match was not good," he said. "It was a pretty bad first set. After that, it was a little better."

Federer, seeded second, has won in Cincinnati a record seven times but hasn't played here since winning in 2015. In 2016, he had a knee injury, and in 2017 he had back problems.

"Cincinnati has always been a good tournament for me," said Federer, the reigning Australian Open champion. "I was sad not to play here last year, and two years ago there wasn't a chance. I'm glad to be back."

Even with the top-ranked Nadal missing, Federer liked the strength of this field, especially with Murray and Wimbledon champion Novak Djokovic having recovered from injuries.

"That's why you have such a good, exciting draw," Federer said before Murray's match was over. "It's a pity Rafa isn't playing. He would have added massively to that part of the draw."

Grigor Dimitrov, the defending champion who is seeded fifth, was not entirely upset about Nadal's absence.

"When Rafa is missing, he's missed, not so much by the players as much as the fans," he said. "All joking aside, I love spending time with Rafa and practicing with him and playing with him. I would be the last person to say I wouldn't want to play with him."

On the men's side, Sam Querrey ground out a 6-4, 6-7 (5), 7-6 (5) win over fellow American and ninth-seeded John Isner. Querrey gained an edge with a mini-break on the fifth point of the second tiebreaker when Isner sailed a forehand wide of the backhand sideline. Querry closed out the 2-hour, 7-minute match with an ace that survived a challenge by Isner.