Andreescu converted on her third championship point of the match, breaking the 23-time Grand Slam champion with a forehand return before ecstatically sprawling belly-up on the court in front of an audience of 26,191 at Arthur Ashe Stadium in New York. 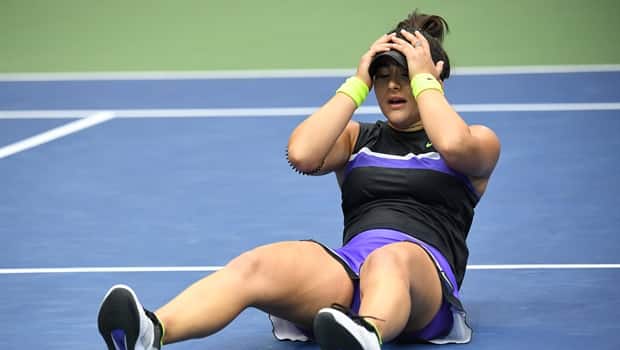 "It's so hard to explain in words, but I'm beyond grateful," Andreescu, who was ranked 152nd ahead of her breakout season, said after the match. "I worked really hard for this moment.

"This year has been a dream come true and being able to play on this stage against Serena, a true legend in this sport, is amazing." 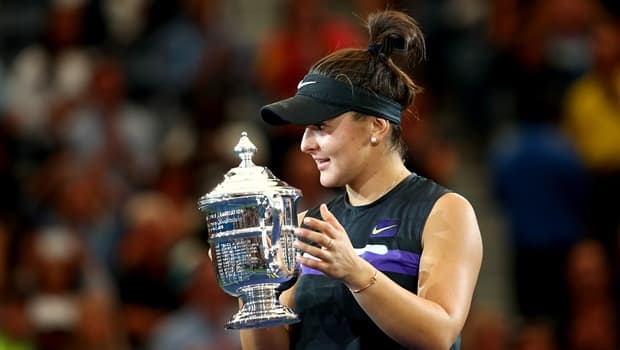 Andreescu, a native of Mississauga, Ont., who now lives in Thornhill, is 8-0 against top-10 opponents, with all eight of the wins in 2019.

The 19-year-old's thrilling 6-3, 7-5 victory at the U.S. Open — she failed to advance beyond the qualifying round last year — followed her title win at the Rogers Cup in August over Williams, who was forced to retire due to injury when she was down 3-1 in the first set in Toronto.

Andreescu also won at Indian Wells, Calif., in March, the beginning of a 17-match win streak, not counting when she has had to retire from matches due to injury herself.

Andreescu, who earned $3.85 million US for Saturday's win, has experienced her own injury problems this season. In May, she was forced to withdraw from the French Open with a right shoulder injury after winning her first match and dropped out of Wimbledon the next month with the same issue. 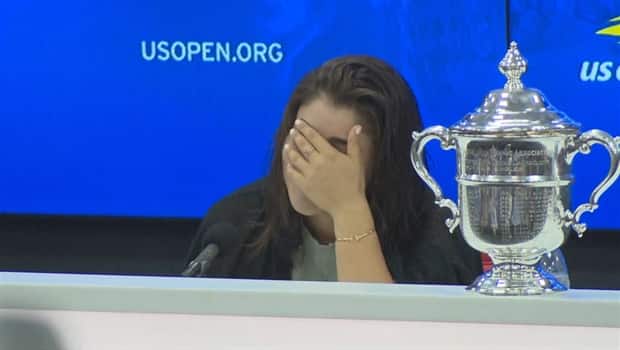 Australia's Ash Barty replaced Japan's Naomi Osaka at No. 1, while Williams dropped from No. 8 to 9.

In the men's ATP Tour rankings, Felix Auger-Aliassime of Montreal dropped two positions to No. 21.

Milos Raonic of Thornhill, Ont., fell two spots to No. 24 and Denis Shapovalov of Richmond Hill, Ont., held steady at No. 33.

U.S. Open men's champion Rafael Nadal stayed at No. 2 and closed the gap between him and No. 1 Novak Djokovic, the defending champion who exited in the fourth round.