Canada's Milos Raonic beat No. 6 Stefanos Tsitsipas of Greece in straight sets on Friday to reach the fourth round of the Australian Open for the seventh time.

Serena Williams upset in 3rd round by Wang Qiang

On a day of upsets at the Australian Open, Canada's Milos Raonic did his part to keep the storyline going.

Tsitsipas was one of several big names to be eliminated Friday.

Serena Williams' bid to win a record 24th Grand Slam was halted with a loss to Wang Qiang of China and former No. 1 Naomi Osaka of Japan fell short against 15-year-old American Coco Gauff.

Raonic, 29, has been plagued by injuries in recent years, missing large portions of the second half of last season with a back issue. Prior to his victories this week, Raonic hadn't won a match since October.

"I think I have had a sense that tennis could come together if I could put the work in behind it, and I think all those pieces today came together," said Raonic, who hasn't dropped a set this week. 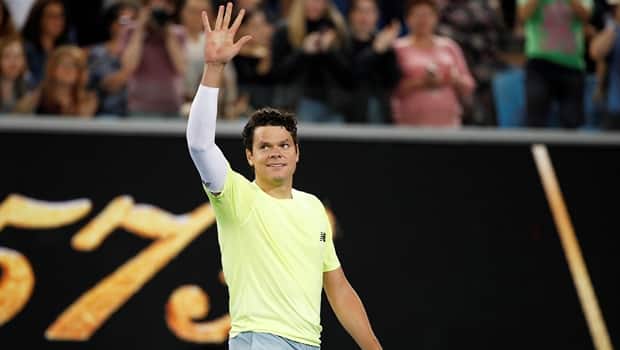 'A Milos master class': Raonic advances to 4th round of Australian Open

9 months ago
1:23
The Thornhill, Ont., native takes down No. 6 Stefanos Tsitsipas of Greece in straight sets Friday.  1:23

"I was very happy with the outcome on court."

Raonic was excellent with his hard serve, the biggest strength of his game. He had 19 aces and just one double fault while not facing a single break point.

A career-best world No. 3 in 2016, Raonic has slipped to 35th while battling injuries and inconsistent results.

He said it took time to heal his ailing back, including a period of about a month where he didn't serve.

"It allowed me to focus on other things and put other things together and get stronger, get fitter," Raonic said. 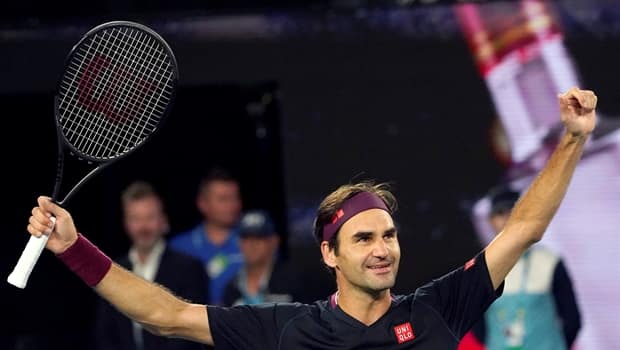 Tsitsipas, 21, is considered one of the rising stars of the game, but has struggled at recent Grand Slams. He lost in the first round at Wimbledon and the U.S. Open last year before his third-round exit this week.

Tsitsipas' best showing at a Grand Slam was a semifinal appearance at last year's Australian Open.

Raonic, who hadn't faced Tsitsipas before Friday, compared his play to his effort in a three-set loss against then-No. 5 Dominic Thiem late last year at the Paris Masters.

"I created so many opportunities for myself [against Thiem], but I didn't have the chance to prepare like I did here," he said.

Raonic has played some of the best tennis of his career at the Melbourne major.

This marks the fifth time in the past six years Raonic has advanced to at least the fourth round. He has had three quarter-final appearances and one semifinal showing since 2015.

"I have always somehow figured out how to put it together here, especially if I have had the freedom to train well," Raonic said.

Raonic is the only Canadian remaining in the singles draw after Denis Shapovalov, Felix Auger-Aliassime, Vasek Pospisil and Leylah Annie Fernandez all lost in the first round.

Raonic will next play Marin Cilic of Croatia, who upset No. 9 seed Roberto Bautista Agut of Spain in a tight five-set match.

The 39th-ranked Cilic is 3-1 against Raonic lifetime, but the Canadian won the only meeting on an outdoor hardcourt.

"I think we're both going to be trying to move the other guy around, be the one dictating," Raonic said. "It's going to be important for me to get ahead early in the points, take care of my serve, and be the aggressor."

Meanwhile, Ottawa's Gabriela Dabrowski and Finland's Henri Kontinen advanced to the second round of mixed doubles.

The No. 3 seeds beat Lucie Hradecka of the Czech Republic and Kevin Krawietz of Germany 6-2, 6-4.

Dabrowski is back on the court for a women's doubles second-round match with Jelena Ostapenko of Latvia on Saturday.

Vancouver's Vasek Pospisil and Hubert Hurkracz of Poland lost 6-4, 6-4 to the British men's doubles team of Jamie Murray and Neal Skupski, the No. 14 seeds, in a first-round match.

Serena Williams' bid to win a 24th Grand Slam title has been falling short with losses in finals. At this Australian Open, she didn't make it nearly that far.

Serving only so-so, failing to convert all but one of her break chances and missing groundstrokes with alarming regularity, Williams stunningly exited in the third round at Melbourne Park, beaten 6-4, 6-7 (2), 7-5 by 27th-seeded Wang Qiang of China on Friday.

Williams was broken in the final game, fittingly ending things with a backhand into the net. That was her 27th unforced error on the backhand side, part of a total of 56 miscues. Wang made only 20.

Williams owns seven trophies from the year's first major championship and this was her earliest defeat there since also bowing out in the third round all the way back in 2006. 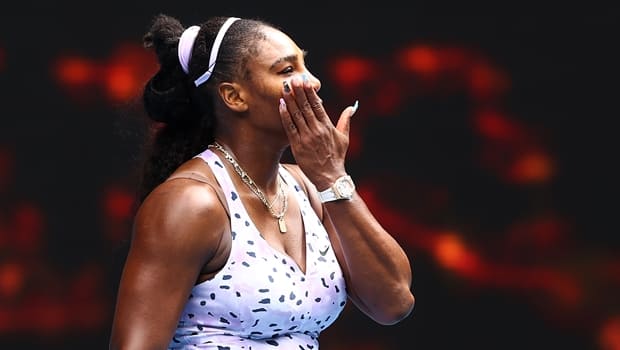 Here is just one measure of how unexpected this result was: The only other time these two women faced each other came at the U.S. Open last September — the only Slam quarterfinal appearance of Wang's career — and Williams needed all of 44 minutes to dominate her way to a 6-1, 6-0 victory. The total points were 50 to 15.

Wang quickly surpassed those game and point totals Friday, thanks in large part to nearly flawless play in the first set.

After a third-round loss, former No. 1 and 2018 Australian Open champion Caroline Wozniacki is headed into retirement.

The 29-year-old from Denmark previously said that this year's Australian Open would be her last tournament before focusing on life off the court.

In October 2018, she announced that she has rheumatoid arthritis, an autoimmune condition that can cause pain and swelling in the wrist and other joints. Wozniacki said she isn't retiring for health reasons, but to start a family with her husband and raise awareness about rheumatoid arthritis. 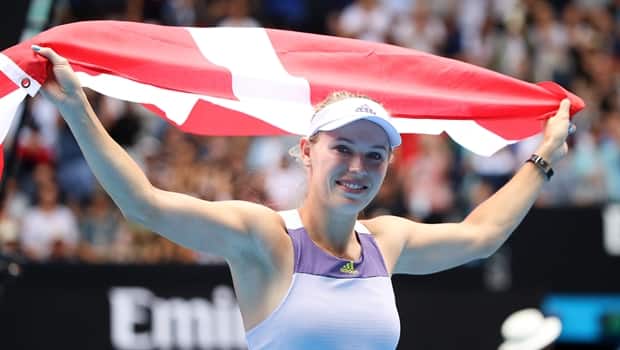 Carolina Wozniacki's career comes to a close at Australian Open

The top-ranked Aussie, Ash Barty, was the first player to secure a spot in the fourth round of the Australian Open, and thinks she's starting to regain the momentum that helped get her to the top of the rankings and a first major title in 2019. 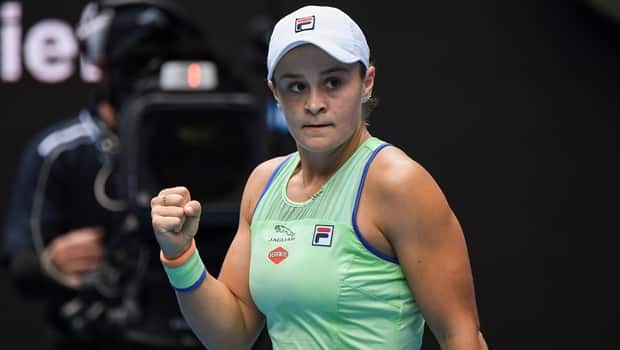 Ash Barty walks into round of 16 at Australian Open

The 20-year-old Rybakina had won 11 of her first 12 matches of the season, winning the title in the tuneup tournament in Hobart after reaching the final in Shenzhen.

Barty, the French Open champion, won her first title on home soil in Adelaide last week and, after dropping the first set she played at Melbourne Park, has advanced through three rounds without losing another set. She had a tough start against Rybakina, having her serve broken in the opening game, but otherwise felt good about her latest win.

It's been more than four decades since an Australian lifted the trophy.

She'll next meet either No. 18 Alison Riske, or her doubles partner Julia Goerges on Sunday for a spot in the quarterfinals.

No. 14 Diego Schwartzman was the first of the men through the fourth round, beating No. 24 Dusan Lajovic 6-2, 6-3, 7-6 (7) and could meet seven-time champion Novak Djokovic in the fourth round.

After a disruptive day weather-wise on Day 4, it was mostly sunny at Melbourne Park on Friday.