"Honestly this is all unexpected," Auger-Aliassime, who split $142,129 with Hurkacz for the victory, said in an on-court interview.

Playing in their second tournament together, Auger-Aliassime and Hurkacz saved five match points after gaining a berth in the final with a 6-2, 1-6, 10-5 semifinal win over Poland's Lukasz Kubot and Brazil's Marcelo Melo. 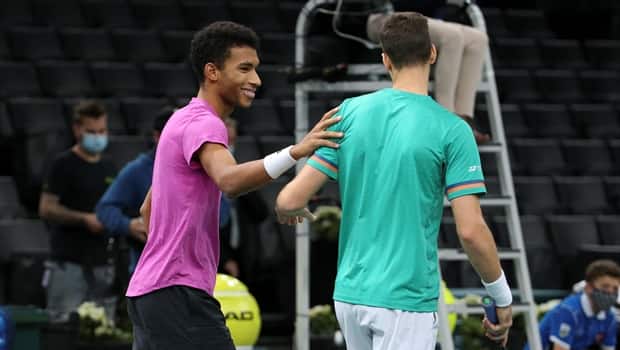 The final took one hour 52 minutes to complete and marked the fourth consecutive time Auger-Aliassime and Hurkacz won via match tiebreaker.

"Hubert is a really nice person," Auger-Aliassime said on court. "He has a really good heart. He gives everything out there, he has fun and he's always smiling. So it's a joy."

Auger-Aliassime and Hurkacz's title run included victories over other top-10 seeds Robert Farah — a Canadian-born Colombian — and Argentina's Horacio Zeballos (No. 1), Australia's John Peers and Michael Venus (No. 7) and fourth-seeded Kubot and Melo.

Auger-Aliassime and Hurkacz reached the quarter-finals at the ABN AMRO World Tennis Tournament last February in their team debut.

Auger-Aliassime is ranked 21st in singles and 251st in doubles. He is 0-6 in career singles final appearances on the ATP Tour.

He was eliminated in the first round in Paris by Croatian veteran Marin Cilic last Monday after struggling with his serve for much of the match.

On Thursday, the 20-year-old Auger-Aliassime announced in a Twitter post he was parting ways with longtime coach Guillaume Marx, stating they were ending the partnership "in the utmost integrity and respect for one another."

"Felix played unbelievable," Hurkacz said on court. "Bruno and Mate are great doubles players and they played unreal. We had no chances throughout the sets.

"We kept ourselves in the tiebreaks and we are so happy to win."

Daniil Medvedev won the Paris Masters for the first time by beating Alexander Zverev 5-7, 6-4, 6-1 Sunday for his eighth career title and third at a Masters event.

The third-seeded Russian secured just his second win against the fourth-seeded Zverev in seven matches, and his previous victory against the imposing German was also in a Masters final last year in Shanghai. 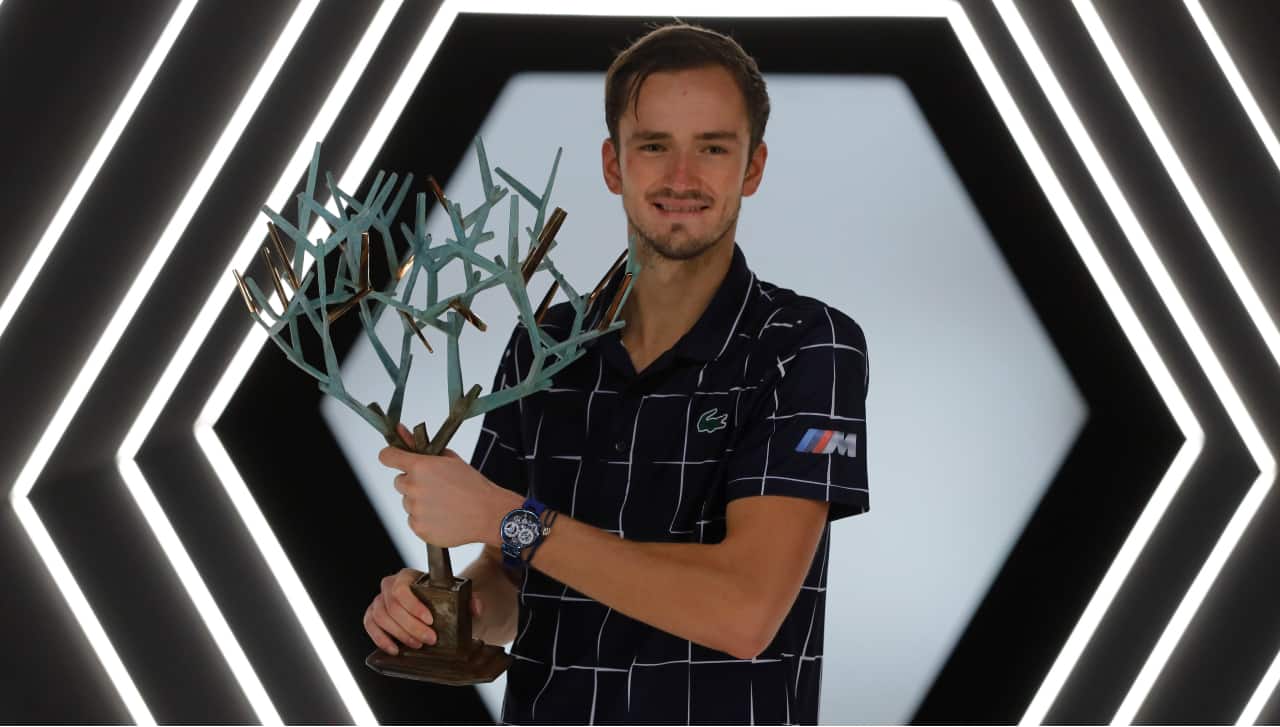 3 months agoVideo
2:46
Daniil Medvedev became the fourth Russian to win the Paris Masters title with a 5-7, 6-4, 6-1 victory against Alexander Zverev. 2:46

The battle between first-time finalists here and the last two U.S. Open runners-up went with serve — and with no break points — until Zverev broke Medvedev in the 12th game to take the opening set.

When Medvedev hit a forehand long on that point, Zverev let out a loud roar that pierced the silence at a Bercy Arena left empty by the coronavirus pandemic.

Medvedev's relentless accuracy from the baseline induced a loose shot from Zverev in the ninth game of the second set when he hit long from the back of the court. Medvedev's pinpoint returning is among the best on the ATP Tour, and that chipped away at Zverev's confidence as he won only 57 per cent of points on first serve compared to 75 per cent for Medvedev.

Medvedev held to love and clinched the second set with his 13th ace, then took control when Zverev padded a weak forehand into the net and was broken to love. After Zverev missed four break-point chances in the next game, he was punished when Medvedev broke him for a 3-0 lead.

Medvedev clinched the victory on his second match point when Zverev double-faulted for the third time in the match.

They could meet again at the season-ending ATP Finals in London from Nov. 15-22.

With files from The Canadian Press & Associated Press