Auger-Aliassime, fresh off early exit in Vienna, bows to Cilic in Paris opener

Auger-Aliassime, seeded 14th at the final ATP Masters 1000 tournament of the season, struggled with his serve for much of the match. He was accurate on just 59 per cent of his first-serve attempts, and he earned a point just 58 per cent of the time when he did get it in. He was good on just 44 per cent of his second serve points.

Cilic was the more opportunistic of the two players, converting five of his 13 break point chances while saving seven of the nine he faced. 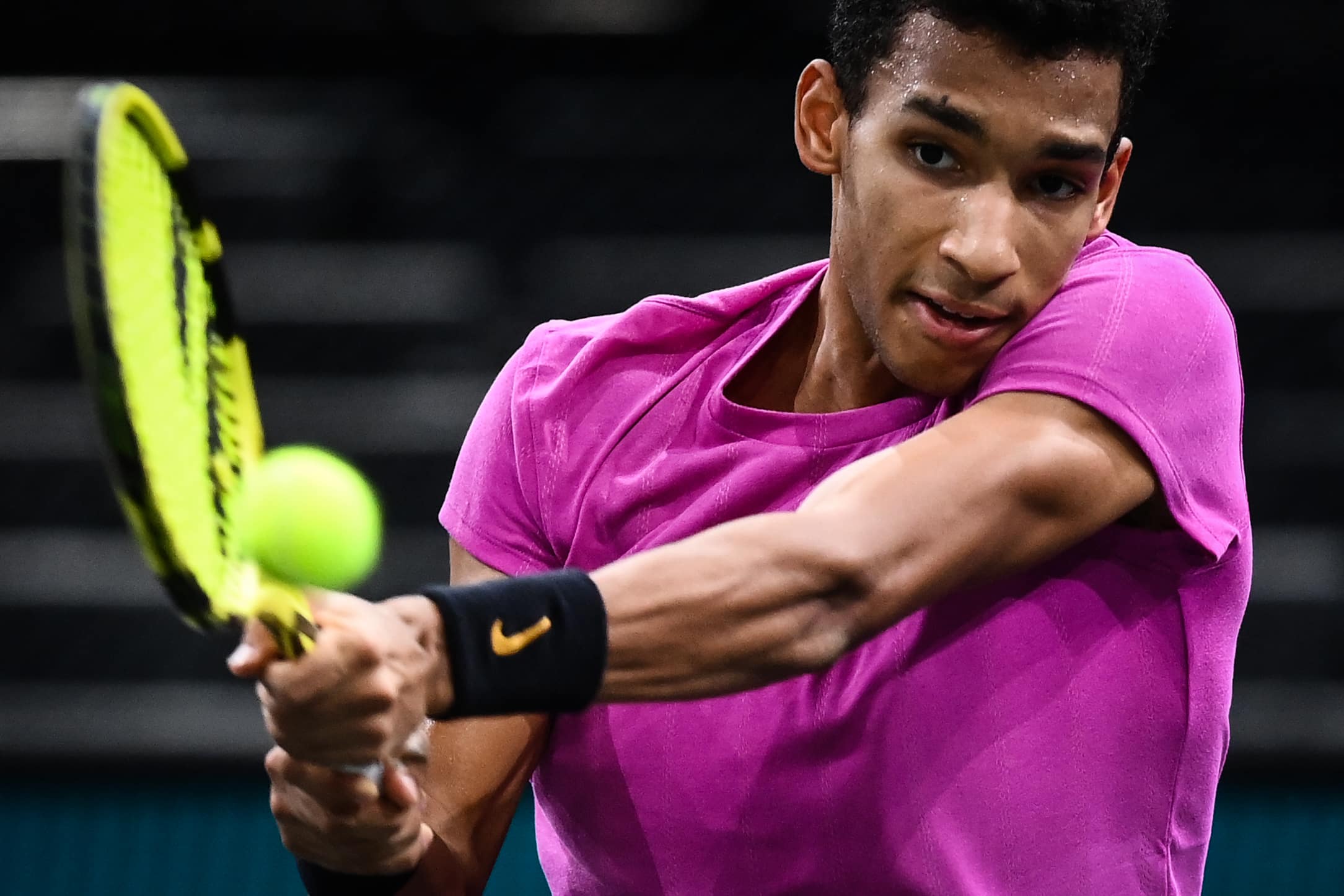 Felix Auger-Aliassime eliminated in opening round of Paris Masters

The Croatian, who will next face French wild-card Corentin Moutet, has won both of his career meetings with Auger-Aliassime.

Tenth-seed Milos Raonic of Thornhill, Ont., a finalist at the event in 2014, was set to face Slovenia's Aljaz Bedene in a first-round match Tuesday.

The Croatian won 35 of his 48 first-service points at the indoor tournament and will next face Jordan Thompson of Australia.

"It was not an easy match and every time we have played it's been very tough," Coric said. "I played one bad game at 2-1 in the first set, when I missed two first serves, but pretty much the rest of the time I was serving huge."

Coric recently reached the final at the St. Petersburg Open for the second year in a row.

Also, Spanish veteran Feliciano Lopez progressed to the second round with a 7-6 (11), 6-1 win over Filip Krajinovic of Serbia and will be up against Rafael Nadal in his next match.

Salisbury bows out due to virus concern

Following his record-extending 13th title at Roland Garros last month, Nadal is back in Paris looking for a maiden win at the Paris Masters, the final Masters event of the season. Nadal can tie Novak Djokovic's record if he wins his 36th Masters title at the end of this week.

The tournament is being held without fans because of lockdown measures implemented in France to slow down the spread of the coronavirus.

The ATP said British doubles player Joe Salisbury was withdrawn from the tournament after a "sustained close contact" with a COVID-19 case.

Both the "credentialed individual" and Salisbury have been placed in isolation, the ATP said.