Dr. Theresa Tam says whatever is decided, including playing games in empty stadiums, will be done with extreme caution.

Experts and athletes consider the myriad effects of leagues restarting

Canada's chief public health officer says it's too early to say when professional sports can be played again in this country, even if games are played in empty stadiums.

"We have to look at what plans there are for the people who are actually potentially going to be in contact with each other," Dr. Theresa Tam said at her daily briefing Tuesday. "But I think for sure crowded conditions, mass gatherings are not in any of our near futures, I think that is pretty evident. As to whether certain activity can be done safely, that needs further assessment."

Tam said experts across the country will move "extremely carefully" when looking at how certain current restrictions might be eased. But she stressed that whatever is decided, including playing games in empty stadiums, will be done with extreme caution.

"Every sector (including sports) should begin some thinking about how innovative they can be in maintaining that social distance because we don't have other specific measures to treat this virus or a vaccine," Dr. Tam said. "So the new normal must take into account stopping the spread of the virus."

Tam's warning comes on the heels of comments made by her U.S. counterpart, Dr. Anthony Fauci of the National Institute of Allergy and Infectious Diseases, who was slightly more optimistic about the prospect.

WATCH | Dr. Tam on when pro sports might return to Canada: 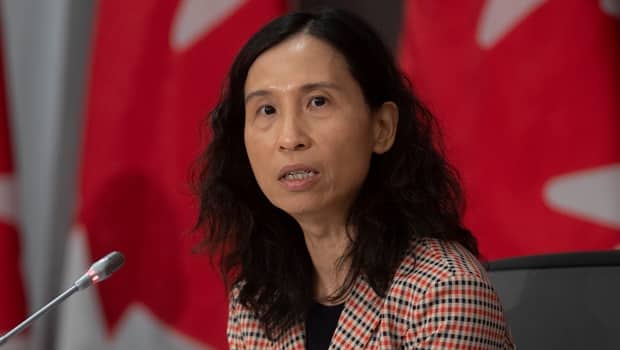 Dr. Tam on when pro sports might return to Canada

6 months ago
2:43
Chief Public Health Officer of Canada Dr. Theresa Tam says plans from sports commissioners would have to be examined before decisions can be made but confirms that crowded conditions and mass gatherings are not in the near future. 2:43

"People say you can't play without spectators but I think you would get enough buy-in from people who are dying to see a baseball game," Fauci said of a model most leagues are contemplating that would see teams competing in one central geographic area, with players and staff isolated and tested regularly.

In the coronavirus era, where physical distancing has become the required norm, every league in the world is realizing the only road back will be with fans watching from their couches, not from the stands.

And if people want the sports distraction they desperately yearn for as weeks inside turn to months, it's all that can be contemplated for now.

There isn't a lot of North American precedent but the idea isn't entirely new.

On April 29, 2015, a Major League Baseball game was played unlike any other in the sport's history.

The city of Baltimore had turned violent in the wake of the funeral of Freddie Gray, a young black man who died after being injured while in police custody. With a city on edge and fan safety a concern, spectators were barred from the stadium and the Baltimore Orioles hosted the Chicago White Sox with nobody watching. 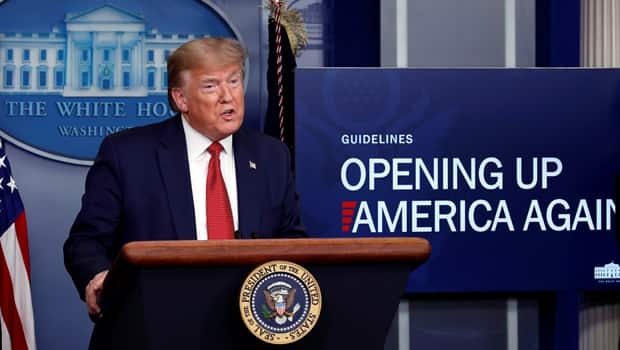 6 months ago
3:06
During his press conference on reopening America, President Trump told reporters that professional sports will return without fans, but that eventually he wants "to have packed arenas." 3:06

In a North American sports context, a game without fans was almost unheard of. MLB had never played a game without anybody in attendance and only a handful of games across other sports had been played absent fans and those were because of natural disasters and isolated outbreaks.

In soccer venues in many parts of the world, empty stadiums have become more common in recent years with fans kept out for security reasons. Some teams have even been forced by leagues to keep fans out as punishment for racist incidents involving their own supporters.

While North American sports continues to plot logistics, other countries are already moving forward. Austrian soccer teams have started training and the Danish league is close to ramping things up. Even in Spain and Italy, countries where the virus has hit hardest, timelines are emerging that would see domestic soccer leagues restarted, underscoring the importance of these sports to the national psyche.

In contemplating what an NBA, NHL or CFL game would look like without fans and the logistics necessary to pull it off, there are a number of interesting questions to contemplate.

WATCH | Bettman says all options on the table for NHL's potential return: 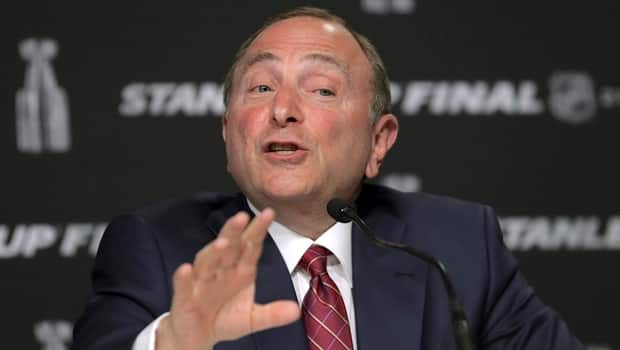 7 months ago
3:45
NHL Commissioner Gary Bettman spoke with CNN's Anderson Cooper to discuss how the league is exploring options to return while the sports world remains on pause due to the COVID-19 pandemic. 3:45

Traditionally, home teams in North American sports win about 60 per cent of the time. In professional football, the home-field advantage can be even higher with the home side boosted by the noise and exuberance of the famous "12th or 13th man."

There have been many studies on what influence crowds and noise can have on athletic performance. But as Kay Porter, a psychologist who has worked with hundreds of U.S Olympians points out, we don't know a lot about how athletes may perform in silence in what is essentially a practice setting.

"One of the things that happens is that in anything, whether it's basketball or track or football, the athletes feed off the crowd and not to have any, we don't know what's going to happen," Porter said. "Some might be more comfortable, but I mean, most get a lot of juice from the crowd and the yelling and all that and they might really lose that energy. First thing is that they will all have to get used to it. After that, I'm not sure what's going to happen."

Rick Grieve, who studies sports fandom and teaches psychology at Western Kentucky University in Bowling Green, says playing without fans will affect performance but he can't predict if it will be for the better or worse.

While some players like the NBA's Lebron James have balked at the prospect of playing without anybody in the stands, other high-profile athletes say it may be a refreshing break from the hype that surrounds most North American sporting events.

"Honestly, to go out and just play the game would kind of be refreshing, a breath of fresh air, to just let us know that we don't have to have all the smoke and the fire," Kirk Cousins, quarterback of the NFL's Minnesota Vikings, said recently. "We can just play football. So as long as we're playing the game, I won't have a lot of complaints."

There is already a small window into what these fanless games will look and feel like. The Chinese Professional Baseball League in Taiwan returned to action last week, the first major professional baseball league in the world to do so. Before cardboard cutouts of fans and robot cheerleaders, former Seattle Mariners pitcher Ariel Miranda gave up the season's first home run.

"The adrenaline is different. You feel alone," Miranda said afterward of the surreal experience.

"It's not ideal. Playing in an empty stadium would be a different animal, with different looks, different sounds, and a different feel," adds Tony Clark, executive director of Major League Baseball's Players Association. "But everyone understands and appreciates the world we are in right now. The challenges are real, and if that requires not playing in front of fans, the adjustment is part of it."

'What about your family?'

Beyond empty stadiums, there are other challenges. All of this would require players to enter into prolonged periods of isolation, hived off from their families and loved ones.

The players would be mostly limited to interactions with only their teammates. Porter says that could get interesting.

"We've seen just from people staying home and working, it puts a lot of stress on the family when you're together 24/7," Porter said. "At least they're competing and playing rather than nothing at all. But they will be paying a big price for that because they will be just with their teammates. And they might not all get along very well."

Beyond internal team rifts, Anaheim Angels all-star outfielder Mike Trout says he has other concerns about being potentially isolated for months.

"What about your family? For example, my wife is pregnant, what would I do when she goes into labour? I can't miss the birth of our first child," Trout told NBC Sports. "So there are a lot of red flags, a lot of questions. Obviously we would have to agree on it as players. It has to be realistic. We can't just be going from the hotel room to the field. I think that would be crazy."