Canada tops New Zealand, qualifies for round of 16

Jessie Fleming and Nichelle Prince scored second-half goals as Canada moved into the round of 16 at the Women's World Cup with a 2-0 win over New Zealand on Saturday.

Jessie Fleming and Nichelle Prince scored second-half goals as Canada moved into the round of 16 at the Women's World Cup with a 2-0 win over New Zealand on Saturday.

As in the opening 1-0 win over No. 46 Cameroon, goals proved hard to come by initially for the fifth-ranked Canadians despite dominating play.

The breakthrough came in the 48th minute. A probing long ball found Prince down the left flank and the speedy forward outraced two defenders before squaring the ball for the 21-year-old Fleming to slot in her ninth goal in 68 appearances — and first at the World Cup.

Captain Christine Sinclair almost made it 2-0 soon after, but her redirect from in front went high. And Sinclair set up the 24-year-old Prince in the 72nd minute, only to have her header acrobatically steered away by goalkeeper Erin Nayler in a marvellous one-handed save. 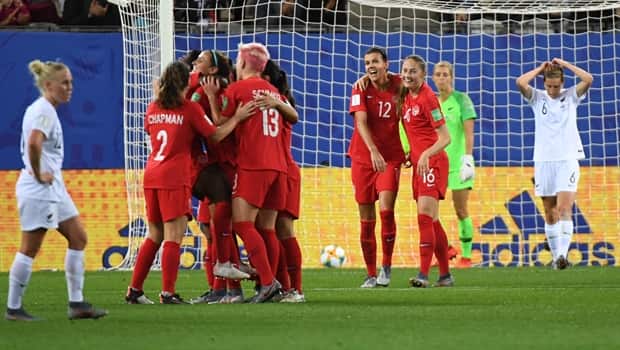 FIFA World Cup: Canada qualifies for round of 16 with win over New Zealand

Prince made it 2-0 in the 79th minute, poking a rebound home from close-range after Sinclair's header hit the goalpost for the second time in the game. It was Prince's 11th goal for Canada and first at a World Cup.

Canada is now unbeaten in 10 games in 2019 (7-0-3) in 2019, tied for its second-longest such streak. For New Zealand, in its fifth World Cup, the wait for a first tournament win continues.

The Canadians controlled the first half, essentially playing keepaway with the 19th-ranked New Zealand. But 73 per cent possession in the first 45 minutes created just one good scoring chance as Canada outshot the Football Ferns 8-1 (2-0 in shots on target). 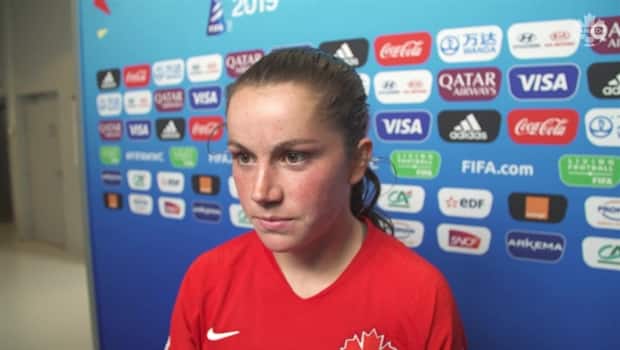 Jessie Fleming on New Zealand: 'They were difficult to breakdown'

2 years ago
1:27
Jessie Fleming talks about how Canada overcame to win 2-0 over New Zealand at the Women's World Cup. 1:27

The Canadian women have never before opened the World Cup with two straight wins. And they had never beaten a confederation champion (New Zealand is the big fish among the Oceania minnows) at the tournament.

The Canadians now head 600 kilometres north to Reims, where they will face the eighth-ranked Netherlands on Thursday at Stade Auguste-Delaune to decide who tops Group E. 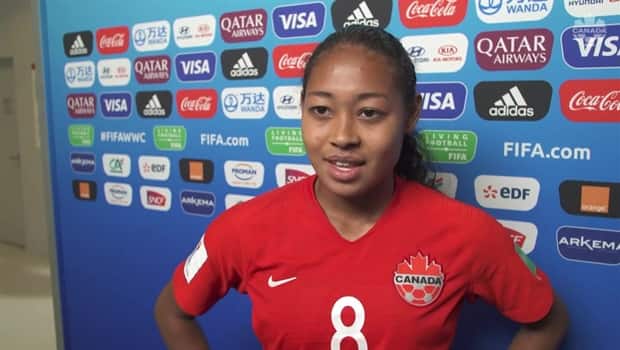 Jayde Riviere: 'Having so many Canadians in the crowd helped ease the pressure'

2 years ago
1:30
Canadian forward Jayde Riviere speaks with the media after a 2-0 Women's World Cup victory over New Zealand. 1:30

The European champion Dutch (2-0-0) beat winless Cameroon 3-1 earlier Saturday at Valenciennes to advance to the round of 16. England, France, Germany and Italy have also booked their ticket to the knockout stage. 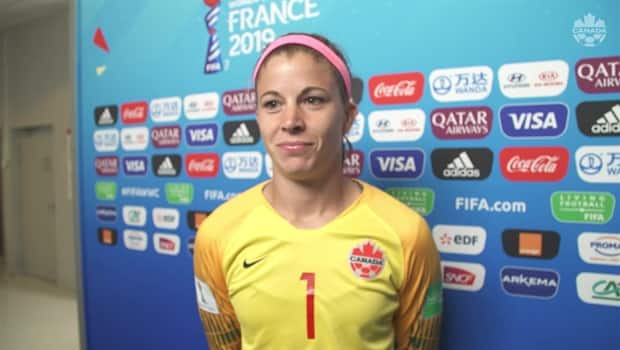 2 years ago
1:22
Canadian goalkeeper Stephanie Labbe reflects back on her 2-0 clean sheet win over New Zealand in the Women's World cup 1:22

Canada coach Kenneth Heiner-Moller made one change to the team that started against Cameroon in Montpellier on Monday. Jayde Riviere, an 18-year-old making just her second start and sixth appearance, came in at fullback for Allysha Chapman, who had seen limited training action in the part of the practice session open to the media.

New Zealand went with the same lineup that lost 1-0 to the Dutch on a stoppage-time goal.