Bayern Munich-bound Alphonso Davies is one of five teenagers summoned by coach John Herdman for Canada's CONCACAF qualifying game against the U.S. Virgin Islands on Sept. 9.

​Confident in the young talent at his disposal, Canada coach John Herdman says he's not going to beg players to wear the Maple Leaf.

He said he has had "consistent" talks with former Montreal Impact teenager Ballou Tabla, who is now playing for the Barcelona B team. The 19-year-old Ballou has represented Canada at the under-17 level but is also eligible to play for the Ivory Coast, where he was born.

Saying he understands how difficult it is for players to choose their international allegiance, Herdman said he's not interested in wining and dining players.

"This is genuinely working with the player to help them make the right decision for themselves. And that might be Ivory Coast," he said.

Herdman, who took over the men's program in January, said he was conveying his message of commitment to the Canadian cause to other players who have international options.

Youth will be on display when Canada faces the U.S. Virgin Islands on Sept. 9 in the first of four CONCACAF Nations qualifying games.

Herdman, whose willingness to showcase young talent was a trademark when he ran the women's program, has summoned Bayern Munich-bound Alphonso Davies and four other teenagers for the match in Florida.

The 17-year-old Davies, slated to join the German powerhouse after his MLS season with the Vancouver Whitecaps, is joined by goalkeeper Alessandro Busti, forwards Jonathan David and Liam Millar (all 18) and fullback Zachary Brault-Guillard (19).

Brault-Guillard, Busti, David and 20-year-old centre back Derek Cornelius have yet to win a senior cap, although they have represented Canada at the youth level. Only Cornelius has had a previous call-up to the men's team — in March.

Brault-Guillard is in the Olympique Lyonnais program in France while Busti plays for the Juventus reserves in Italy, Cornelius for Serbia's FK Javor Ivanjica and David for Belgium's KAA Gent.

Millar, who plays for Liverpool's under-23 side, and midfielder Jonathan Wotherspoon (Scotland's St. Johnstone) made their international debuts in Herdman's first game as men's coach — a 1-0 win over New Zealand in March.

Busti, Cornelius, David and Millar were all in the team that Herdman and assistant coach Mauro Biello led to sixth place at the prestigious Toulon youth tournament in France in June.

The four qualifying games serve as an appetizer for the 2019 debut of a competition showcasing teams from North and Central America and the Caribbean. Eventually the participating CONCACAF countries will be divided into three tiers with promotion and relegation.

Whitecaps centre back Doneil Henry returns to the senior side for the first time since 2016. 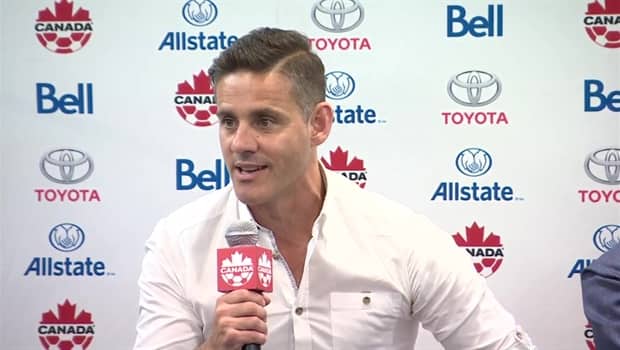 John Herdman on Canadian men's soccer: ‘We’re right up there’

3 years ago
4:43
Canada's coach is confident in how his players will respond to the challenge of World Cup competition. 4:43

No venue has been announced yet for the home game against French Guiana, which is unranked because it is not a FIFA member.

The new competition will crown the Nations League champion and serve as qualifying for the newly expanded 16-team Gold Cup. It is also expected to influence seeding in future World Cup qualifying. 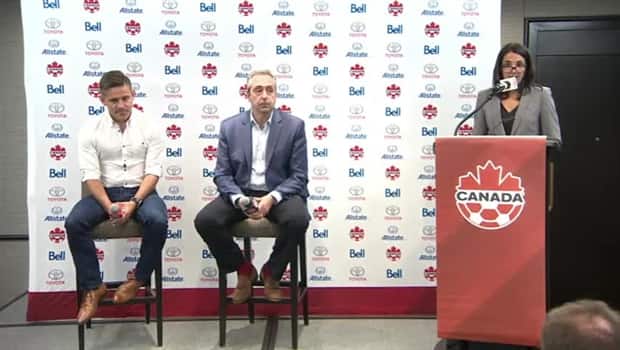 3 years ago
25:58
National coach promises competition will dictate which players will represent Canada for the next eight years. 25:58

The tournaments are seen as a way to move away from meaningless friendly matches and to ensure all confederation members get meaningful games.

Costa Rica, Honduras, Mexico, Panama, the U.S., and Trinidad & Tobago, the six teams that made it to the final round of World Cup qualifying in the region, will bypass the one-off qualifying stage.

Results from the 68 qualifying games will be used to seed Canada and the 33 other contestants into three tiers for the inaugural edition of the full CONCACAF Nations League in 2019.