Following the success of the Challenge Cup earlier this summer, the National Women’s Soccer League will resume Sept. 5 with the opening of an 18-match fall series.

The National Women's Soccer League will continue Sept. 5 with the opening of an 18-match fall series.

Three teams in each of the three-team regional pods will play each other and four games apiece to minimize travel.

"Building on the success of this summer's Challenge Cup, I am so excited to smartly and safely take this next step on the NWSL's journey," said NWSL commissioner Lisa Baird. "The women of the NWSL want to compete and we've certainly heard from our fans all over the world looking for more action this year."

As part of the seven-week series, there will be a televised game of the week on CBS.

On July 26 in Utah, Canadian Sophie Schmidt scored on an early penalty kick and Shea Groom added a stoppage-time goal to lead Houston Dash to a 2-0 victory over the Chicago Red Stars in the Challenge Cup final.

The tournament was the NWSL's re-boot after the regular season was shut down by the coronavirus outbreak. It was the first professional team sport to return in the United States. 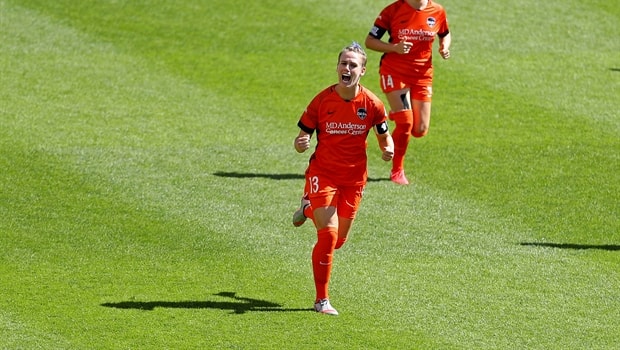 3 months ago
1:09
Sophie Schmidt of Abbotsford, B.C., puts Houston Dash up 1-0 on Chicago Red Stars in the 5th minute of the NWSL Challenge Cup Championship. 1:09