Match was originally scheduled for Sept. 12, but postponed due to poor air quality

Sinclair scored her first in the 40th minute off a pass from Lindsey Horan, then added a penalty kick in stoppage time before the half.

Sinclair hadn't scored against the Reign since 2013, a string of 18 matches. The longtime captain of the Canadian national team is the international goals record holder among men or women.

Portland's Rocky Rodriguez scored from near the penalty spot in 57th minute. After Bethany Balcer scored for the Reign to close the gap to 3-1, Sinclair completed her third NWSL hat trick in the 74th. 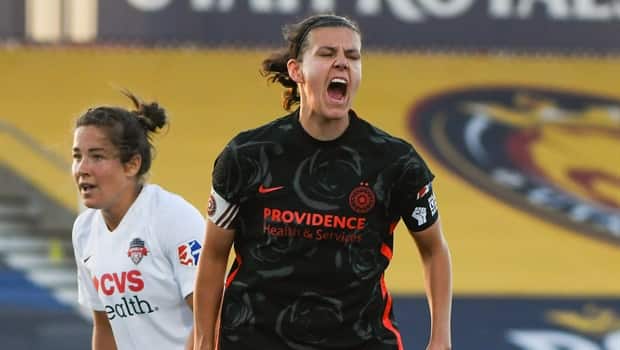 The Thorns were coming off a 3-0 win over the Utah Royals in the fall series. The NWSL's regular season was cancelled because of the coronavirus, but the teams have been playing regional games in local markets after playing in the Challenge Cup tournament in Utah this summer.

The Reign were coming off a 2-2 draw against the Royals on Saturday.

The match was originally scheduled for Sept. 12, but because of poor air quality in the Pacific Northwest caused by wildfires, it was pushed to Sept. 15. When conditions didn't improve, it was eventually moved to Wednesday.